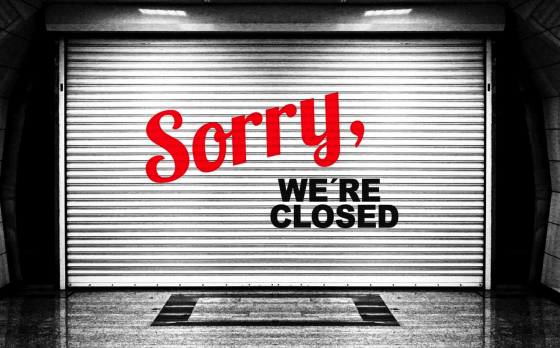 From coast to coast, we are seeing businesses close because they simply cannot find enough workers.  In the entire history of the United States, we have never seen anything like this happen before.  In fact, prior to this pandemic we had a chronic problem with unemployment that stretched back for decades.  Economists insisted that our economy would never be able to produce enough jobs for everyone, but they were wrong.  Today, there are more than 10 million open positions in this country and employers are literally begging for people to come to work.  Fierce competition for good workers has become extremely intense, and this is one of the factors that is causing millions of Americans to quit their current jobs each month.  On Tuesday, the Bureau of Labor Statistics released the numbers for the month of November…

A record 4.5 million Americans voluntarily left their jobs in November, according to the Bureau of Labor Statistics.

This pushed the quits rate to 3%, matching the high from September.

Workers were most likely to quit their jobs in the hospitality industry, which had by far the highest quits rate at 6.1% in November, as well as those in health care. The numbers in transportation, warehousing and utilities also increased.

Day after day, I am coming across stories about how our worker shortage is really hurting small businesses in this country.

Many small businesses operate on extremely thin margins, and so they just can’t afford to dramatically raise wages all of a sudden.  In Nebraska, one restaurant that has been around for 46 years has been forced to close for good “because they simply can’t find enough people to work”…

This week, Wilkinson and his wife, Kathy, decided to close the restaurant after a nearly five-decade run because they simply can’t find enough people to work.

“That was the final straw,” said Jim Wilkinson, 71.

Thousands of other small businesses find themselves in the same situation.

But it isn’t just small businesses that are suffering.

At this point, even some of the biggest corporations in the U.S. can’t find enough workers.  At the end of December, I was absolutely shocked to learn that Apple had closed every single one of their stores in New York “due to a staffing shortage”…

Apple has shuttered all 16 of its stores in New York due to a staffing shortage as Omicron variant tears through the state and triggers companies to implement their own de facto lockdowns.

The Big Apple remains the epicenter for the third wave of the virus in the U.S. brought on by the highly-contagious Omicron variation.

We can certainly survive without Apple stores, but there are other institutions where a lack of staff can literally be a matter of life or death.

Let me try to illustrate what I am talking about.  The following is a list of five recent Becker’s stories about hospitals that are either closing or reducing services due to a lack of workers…

Before the pandemic, this sort of thing didn’t happen.

We always had more than enough workers, and it seemed like it would always be that way.

So where did all of the workers go?

Well, as I detailed yesterday, they are dying in very large numbers.

And many others are now incapacitated.

Since the beginning of 2021, Americans have been dying in staggering numbers, and right now our hospitals are absolutely overflowing with victims that have developed very serious health problems.

With the talent pool of available workers steadily “thinning out”, many businesses are starting to come up with very creative solutions.  For example, some hotels in California are now utilizing robots…

Hotels, like restaurants, have been hard pressed to provide attentive service due to staffing shortages during the pandemic.

In Silicon Valley, robots are filling the gap to the surprise and delight of guests.

This may sound very strange, but this is apparently where things are headed.

Today, if you stay at the Radisson in Sunnyvale, a robot may come to your door if you order a soft drink…

This is how the Radisson Sunnyvale is dealing with staffing shortages – A guest would like a soft drink delivered to the room. In the past, someone from the front desk or sometimes even the general manager might step up. Now, this robot, designed by Savioke in Campbell, will handle the task.

And we are being told that this is just the beginning.

According to one report by CNBC News, Robots could take over 20 million manufacturing jobs around the world by 2030, economists claimed Wednesday. According to a new study from Oxford Economics, within the next 11 years there could be 14 million robots put to work in China alone.

So perhaps the elite don’t really need the millions of workers that seem to have gone “missing”.

Perhaps they can just get robots to replace them all.

Our world has become such a bizarre place, and I have a feeling that it will soon become even weirder.

If you have been waiting for everything to “return to normal”, you can stop waiting, because it simply is not going to happen.

Our society is being transformed at a pace that is absolutely breathtaking, and global events are only going to accelerate even further as we hurtle through the early stages of 2022.