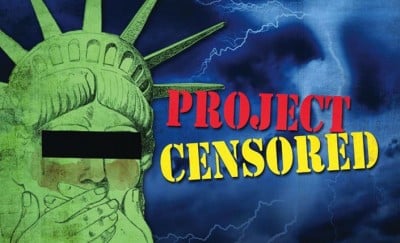 This is the first broadcast of the Global Research News Hour. And therefore the topic to discuss will obviously be the BIG stories of the previous year.

It seems that by and large it was a turbulent year for stories. Donald Trump’s non-acceptance of defeat in the U.S. election resulting in the ULTIMATE “hell no” event on January 6.

The tragic storms and weather events assaulting regions around the world is seen as a sign that climate change is getting worse – leading to new energy behind the COP26 climate recommendations.

The abandonment of Afghanistan in time for the 20th anniversary of 9/11. We saw the international pressure shooting up toward the end of the year in Ukraine resulting in an end year stand-off between Russia and NATO.

Meanwhile, as the we approach the third year of the COVID crisis, we discovered that the shift in tone of public health discourse from making the COVID vaccine available for every person who wants it to now demanding every man, woman and child get the shot whether they want it or not!

A Beacon in an Ocean of Mass Disinformation? Support and Endorse Independent Radio Media

Meanwhile, efforts to further contain what is communicated in media is shrinking our capacity to get a grip on the policies affecting our daily lives. Could 2022 possibly be the last year of freedom of thought on this planet?

These years of the 2020s are a time of hardship but also a time of promise! And the show this week will focus on a handful of observers watching news who have formulated their own take on what constitutes the most significant story of 2021.

My first guest, as always, is Andy Lee Roth of Project Censored. In about twenty minutes he goes over all the most censored or under-reported stories of the 2020-21 year according to his organization and stable of researchers animating it. He also briefly discusses ‘Junk Food’ news, and the ‘new normal’ shift in the news consumer production. This is followed by a discussion with geopolitical analyst and journalist Pepe Escobar about major changes on the international stage. Finally, James Corbett of the Corbett Report pops in to provide background on his call for major developments pronouncing themselves everywhere around the globe.

Andy Lee Roth is the Associate Director of Project Censored, a media research program which fosters student development of media literacy and critical thinking skills as applied to news media censorship in the United States.

Pepe Escobar born in Brazil, is a correspondent and editor-at-large at Asia Times and columnist for Consortium News and Strategic Culture in Moscow. Since the mid-1980s he’s lived and worked as a foreign correspondent in London, Paris, Milan, Los Angeles, Singapore, Bangkok.  His most recent book is entitled Raging Twenties: Great Power Politics Meets Techno-Feudalism. He is also a frequent contributor to Global Research.

James Corbett started The Corbett Report website in 2007 as an outlet for independent critical analysis of politics, society, history, and economics. An award-winning investigative journalist, he has lectured on geopolitics at the University of Groningen’s Studium Generale, and delivered presentations on open source journalism at The French Institute for Research in Computer Science and Automation’s fOSSa conference, at TedXGroningen and at Ritsumeikan University in Kyoto.

The Global Research News Hour airs every Friday at 1pm CT on CKUW 95.9FM out of the University of Winnipeg. The programme is also podcast at globalresearch.ca .

Other stations airing the show:

CIXX 106.9 FM, broadcasting from Fanshawe College in London, Ontario. It airs Sundays at 6am.

WZBC 90.3 FM in Newton Massachusetts is Boston College Radio and broadcasts to the greater Boston area. The Global Research News Hour airs during Truth and Justice Radio which starts Sunday at 6am.