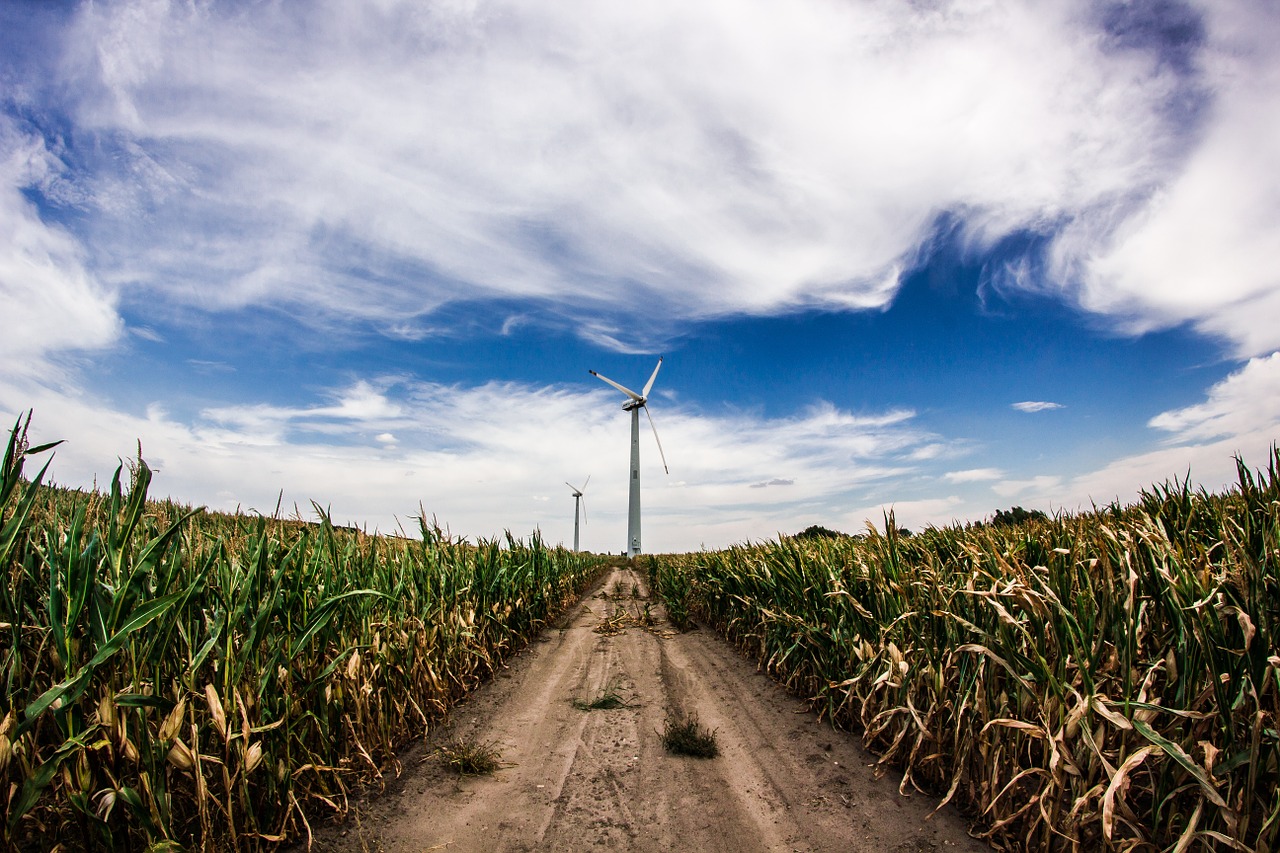 The information that I am about to share with you is extremely alarming, but I have always endeavored to never sugarcoat things for my readers.  Right now, there are shortages of certain items in grocery stores across the United States, and food supplies have gotten very tight all over the globe.  I have repeatedly warned that this is just the beginning, but I didn’t realize how dire things have already gotten until I received an email from a farming insider that I have corresponded with over the years.  I asked him if I could publicly share some of the information that he was sharing with me, and he said that would be okay as long as I kept his name out of it.

According to this farming insider, dramatically increased costs for fertilizer will make it impossible for many farmers to profitably plant corn this year.  The following is an excerpt from an email that he recently sent me…

“Things for 2022 are interesting (and scary). Input costs for things like fertilizer, liquid nitrogen and seeds are like triple and quadruple the old prices. It will not be profitable to plant this year. Let me repeat, the economics will NOT work. Our plan, is to drop about 700 acres of corn off and convert to soybeans (they use less fertilizer, and we also have chicken manure from that operation). Guess what? We are not the only ones with those plans. Already there is a shortage of soybean seeds, so we will see how that will work out. The way I see it, there will be a major grain shortage later in the year, especially with corn. I mean, we are small with that. What about these people in the midwest who have like 10,000 acres of corn? This will not be good.”

Once I received that message, I wrote him back with some questions that I had.

In response, he expanded on his comments in a subsequent email…

As for the farming, I see it getting bad.  Things like fertilizer and liquid nitrogen have tripled and quadrupled in price.  Yes commodity prices are up, but that certainly wont cover the new increased input costs.  We are in NC, so while certainly not like the midwest, we still grow grain.  The midwest of course will have these same higher input costs as well.
Corn for example, typically takes about 600 pounds of fertilizer per acre, plus 50 gallons of liquid nitrogen.  Times that by many acres and thats a lot of money.  Soybeans take much less.  The plan for us, and most others around here, is to drastically cut corn acres and switch to soybeans.  Problem is, there is apparently a soybean seed shortage because others have this plan as well.  We were lucky enough to pre buy enough to do it.  However, most people, especially younger farmers, or farmers where that is all they do, probably don’t have the money to front like that.
The way I see it, a corn shortage will come.  I guess there could possibly be a glut of soybeans, but remember that could depend on the seed being available.  I guess there are other alternatives, maybe milo, oats, or barley.  Of course the corn market is much larger.  Think animal feed and ethanol.  I mean for animals, soybeans are used too, but its a mix.  What happens to the animal producers who depend on reasonably priced corn?  I just don’t see how it can end well.  I mean, even if we end up with plenty of soybeans, even a glut, then you have a busted market for that.  I don’t know.  There just isnt much history to base any of this on.  I just see it hurting both grain farmers, and animal farmers, and also translating to more shortages and price increases for consumers who buy the end products.

I was stunned when I first read that.

Corn is one of the foundational pillars of our food supply.

If you go to the grocery store and start reading through the ingredients of various products, you will quickly discover that corn is in just about everything in one form or another.

So what is our country going to look like if a severe corn shortage actually happens?

I don’t even want to think about that.

Of course fertilizer prices are not just going through the roof here in the United States.

Christina Ribeiro do Valle, who comes from a long line of coffee growers in Brazil, is this year paying three times what she paid last year for the fertilizer she needs. Coupled with a recent drought that hit her crop hard, it means Ms. do Valle, 75, will produce a fraction of her Ribeiro do Valle brand of coffee, some of which is exported.

There is also a shortage of fertilizer. “This year, you pay, then put your name on a waiting list, and the supplier delivers it when he has it,” she said.

If you love to drink coffee in the morning, you will soon be paying much more for that privilege.

Fertilizer demand in sub-Saharan Africa could fall 30% in 2022, according to the International Fertilizer Development Center, a global nonprofit organization. That would translate to 30 million metric tons less food produced, which the center says is equivalent to the food needs of 100 million people.

“Lower fertilizer use will inevitably weigh on food production and quality, affecting food availability, rural incomes and the livelihoods of the poor,” said Josef Schmidhuber, deputy director of the United Nations Food and Agriculture Organization’s trade and markets division.

Where in the world are we going to get enough food to replace “the food needs of 100 million people”?

This is beyond serious.

Basically, the stage is being set for the sort of historic global crisis that I have been relentlessly warning about.

Many Americans had assumed that even if the rest of the world was suffering that we would be immune.

But now there are widespread shortages all over the nation, and the Wall Street Journal just published a major article entitled “U.S. Food Supply Is Under Pressure, From Plants To Store Shelves”.

This is really happening.

In Washington D.C., residents are being instructed to “just buy what you need and leave some for others”…

“If you’re hitting the grocery store to prepare for winter weather, please just buy what you need and leave some for others! You may have noticed empty shelves in some stores due to national supply chain issues, but there is no need to buy more than you normally would.”

What would have been unimaginable just a few years ago is now making headlines on a daily basis.

Of course it isn’t just our food supply that is under threat.  As Victor Davis Hansen has aptly noted, our country is now in the process of undergoing a “systems collapse”…

In modern times, as in ancient Rome, several nations have suffered a “systems collapse.” The term describes the sudden inability of once-prosperous populations to continue with what had ensured the good life as they knew it.

Abruptly, the population cannot buy, or even find, once plentiful necessities. They feel their streets are unsafe. Laws go unenforced or are enforced inequitably. Every day things stop working. The government turns from reliable to capricious if not hostile.

A lot of people are going to be caught off guard by the pace of change.

Things are shifting so rapidly that it really is hard to keep up with it all unless you are paying very close attention.