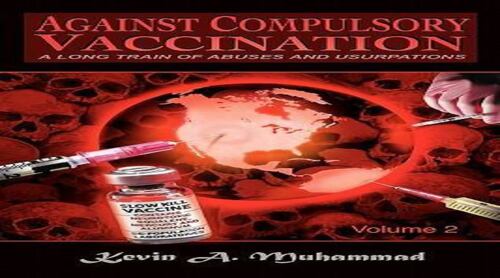 If ‘the great scamdemic of 2020/2021/2022’ is really as bad as Democrats, the globalists and the mainstream media say it is, with them using it to crack down upon human rights while decimating the supply chain, pushing for an endless series of vaxxes and all-around pushing tyranny, then why are hospital systems all across America now forcing resignations ‘en masse’ of experienced doctors, nurses and healthcare workers who would be very valuable weapons against said ‘scamdemic’?

As Susan Duclos recently mentioned to me, all of these forced resignations now happening due to the insane mandates of a vax that isn’t working to stop people from getting COVID, nor spreading COVID, nor dying from COVID, will have hugely negative effects on hospital systems from the top to the bottom of the employee chain, and this at a time when a ‘real pandemic’ is allegedly raging?

No wonder the American people no longer trust the medical system, the president who keeps pushing the ‘vax everyone who moves‘ narrative, the mainstream media, Congress or ‘the establishment‘ in general as 2021 nears its close and we get a look at what 2022 and into the future will look like in the words of the Prime Minister of New Zealand.

With New Zealand’s Prime Minister Jacinda Arden recently going on TV as seen in the 2nd video at the bottom of this story and telling her constituents and the world “There’s not going to be an endpoint to this vaccination program“ and “we’re rolling out boosters and if someone hasn’t gotten a vaccine in six months, we need them to come back in or we need to go to them,” will they be ‘going to get them’ with fully armed military members, bringing back memories of tyrannies gone by? Keep arming up, America!

We’ll also be taking a look within this story at more and more of the tyranny unfolding under the guise of ‘keeping us safe‘ and what America has to look forward to if we continue along the paths of New Zealand and other Western nations which have nixed freedom to fight an invisible virus. And all of this over a vax that is so wonderful, people are being threatened with losses of jobs and freedom if they don’t take it. Talk about full-scale insanity, and coming from our own ‘public servants‘.

According to this new story that Susan Duclos recently sent over to me, the state of New York has suddenly stopped doing elective surgery at 7 different Western NY hospitals, those among 32 different hospitals in the state ordered to stop doing such surgeries by NY governor Kathy Hochul.

With this happening in NY at the same time as over 500 Buffalo hospital workers were fired for refusing to take the experimental vax that is killing people, scenes like that are being repeated all across the nation with medical workers being axed for being so bold as to think on their own and refuse to inject a big pharma mafia concoction into their bodies that is apparently doing more harm than good.

So why are hospitals all across the country letting experienced hospital workers, doctors and nurses go from their much needed positions if a pandemic is raging about the land? Just more proof that something stinks to high heaven about what we’re being told about this ‘scamdemic’, power-hungry politicians none-the-less continue to use it to crack down upon free human beings. Yet America’s Founding Fathers surely understood, there should NEVER be a ‘safe space’ for tyranny nor tyrants, anywhere in America!!

With the Boston Globe reporting just days ago that about 200 workers at the UMass Memorial hospital have also been ‘terminated‘ for refusing to get the vax another sign that the globalists who launched this bioweapon attack upon America and the world have no intention of ‘making it go away‘, how can the media, government and ‘the establishment‘ even look at us with a straight face when talking about COVID when they’re terminating and killing off our front line soldiers against it?

What a disaster. Those who created, enabled and launched this attack upon America and the world should be tried, convicted and executed for their crimes. From that Boston Globe story we see the total hypocrisy of their argument.:

Some 200 employees of UMass Memorial Health, the largest hospital system in Central Massachusetts, have lost their jobs for failing to get vaccinated against COVID-19 by the system’s Dec. 1 deadline, a spokesperson said Monday. “

We truly hoped that everyone would get the vaccine and stay in the UMass Memorial family, but as a healthcare organization, we must protect our patients and other caregivers,” spokesperson Debora Spano said in a statement.

Must ‘protect‘ their patients and other caregivers, by firing their front line soldiers? Sure! And ‘protect‘ them with what? A vax that isn’t working to stop people from getting COVID, passing on COVID to others nor dying from COVID. Some protection. Americans continue to be wise to stay out of the ‘murder factories‘ once called hospitals that sold away their souls, and the truth, to the globalist devils. 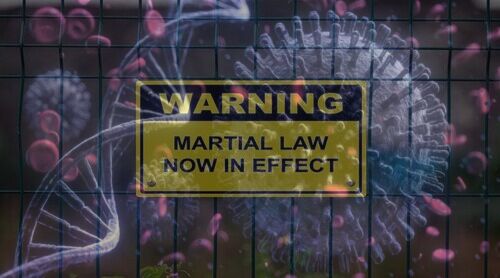 So while hospital workers across the country being terminated during a time of an alleged ‘pandemic‘ gives the American people the latest proof that we’ve been lied to on a grand scale by those who are supposed to be ‘serving‘ the American people, what else are we being lied to about in 2021?

As the Blue State Conservative had pointed out in this recent story that we republished at ANP in a story they had originally titled “The Covid Grinch That Wants To Steal Christmas”, we’ve been witnessing grand moves being made towards tyranny all across formerly free Western nations since this entire episode was ‘launched‘ back in 2019, 2020, originally launched to steal the 2020 election signs show.

Pointing out within that story that the globalists are quickly piling upon the ‘Omicron lockdowns bandwagon‘, with governments already pushing for more ‘vax mandates’, ‘quarantine concentration camps‘ and other authoritarian measures, as that story pointed out, never mind that the variant appears to be mild relative to its predecessors, or that the vaccines seem to be less effective against it even though their effectiveness is already near zero.

No, too many authorities see their power waning or being challenged, and feel the need to turn up the fear burner again to show us who is boss. Omicron provides a handy excuse – after all, Covid has worked so well for them so far. The trouble is, people aren’t buying it anymore.

So as we’d warned in this December 7th ANP story, we should all be fully prepared for the ‘globalists/deep state terror apparatus‘ to launch another massive false flag event upon us with the American people in general ‘not buying the lies we’re being sold’ anymore, even Democrats now questioning and souring on vax mandates and the globalists running out of time to institute their ‘new world order‘ behind the backs of the free people of the world before enough people ‘awaken‘ , leading to the globalists then ‘reaping what they have sown‘.

In the very interesting 1st video below, a very disturbed Bill Gates lets us know why he is now so unhappy, due largely to a very vocal and strong ‘minority‘ who are rejecting ‘the vax‘ and the entire narrative being sold to us by the msm and ‘establishment‘, with Gates sounding quite shocked that he is looked at as an evil henchmen by so many people, not only in America but around the world.