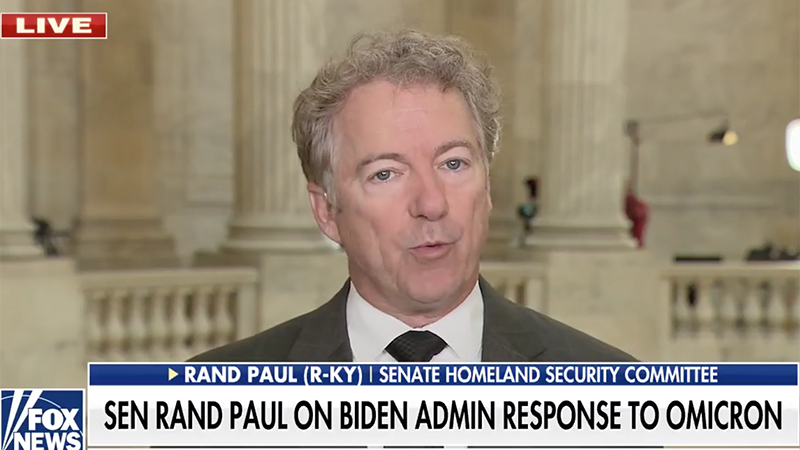 “This is the opposite of what you really want as far as someone leading your public health effort.”

Appearing on Fox News, Paul said “Fauci routinely ignores the science and causes hysteria and creates fear. This is the opposite of what you really want as far as someone leading your public health effort.”

The Senator added that “The Omicron variant, the doctor who discovered it, we should be proud of her. In South Africa, she dutifully reported it, discovered it was a new variant, and she wrote an op-ed yesterday as well. And in the op-ed, she said that so far, no one’s been hospitalized in South Africa. So far, no one’s died from this disease, and that it’s a hysterical overreach to ban travel.”

Paul continued, “So you’re banning travel, which will destroy economically tourism and travel and have great hardship for the world. But you’re doing it for something that’s not scientifically sound. It’s not going to do anything to stop the spread of this variant.”

He continued, “The variant’s already out there. We also don’t know yet: Will it be more deadly or less deadly? The initial reports, what we know so far is it looks like it will be less deadly. We’ll know more in about two weeks, but that’s when we would think we might want to make some decisions after we know the facts rather than before.”

Paul’s latest comments come after he said Fauci should be put in prison for at least five years for costing lives through misinformation and lying to Congress.