by Cathy A. Spigarelli, The New American: 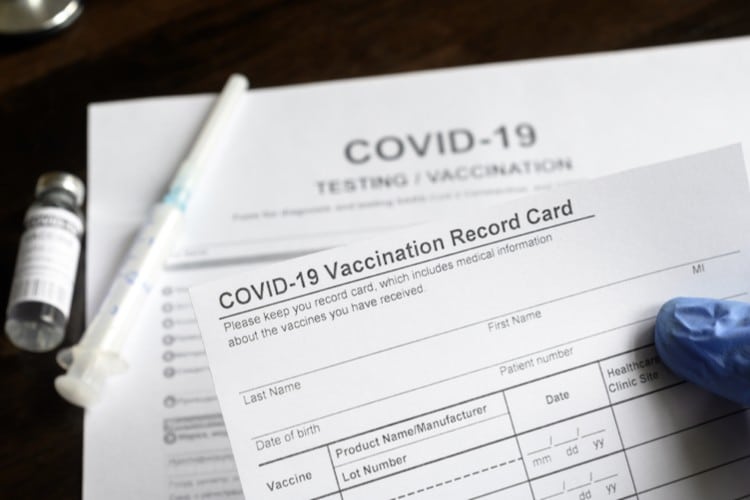 The Biden administration’s only pandemic-ending objective, to vaccinate all Americans with a pulse, moved a step closer to fulfillment last week. As has been so typical throughout the pandemic, the rules and requirements imposed on hard-working Americans have changed yet again. A three-judge panel just reversed last month’s imposed Stay Order that put the Occupational Safety and Health Administration’s (OSHA) Emergency Temporary Standard (ETS) on ice while litigation played out. Like an unpredictable Wisconsin winter, the ice has melted, and the Stay Order lifted.

In November, the Fifth Circuit Court of Appeals put in place a Stay Order preventing the OSHA ETS from moving forward while the many challenges to this regulation moved through the court system. Then, according to legal protocol, the Sixth Circuit Court was chosen through a random lottery to hear the numerous consolidated challenges from across the nation. On December 15, an en banc request, a petition to have all 16 judges involved in the ETS determination, was denied by the court. And most recently, on December 17, a three-judge panel comprised of Judges Julia Smith Gibbons, Jane Stranch, and Joan Larsen of the Sixth Circuit Court reversed the Stay Order on the ETS.

With the Stay Order removed, the clock is now ticking for companies with 100 or more employees to put systems in place that will manage the vaccination status of all employees, ensuring full vaccination, or if they choose, allowing the unvaccinated to test weekly for COVID-19 and to enforce mask wearing while in the workplace.

The ETS now moves forward with deadlines for implementation and compliance on January 10, 2021, and February 9 for full compliance with the weekly test requirement. But this will not be the end of the story. An understanding of where this may end requires an understanding of the opinions that brought us to this point. Let’s look at how we got here and what happens next.

The Fifth Circuit Court of Appeals arrived at their Stay Order with the conclusion that “the OSHA ETS was beyond the scope of OSHA’s statutory authority; and therefore, unconstitutional.” That’s a clear and definitive statement. And on December 15, Chief Judge Sutton of the Sixth Circuit Court agreed with the Fifth Circuit Court judges when she wrote in the en banc petition denial order: “The Occupational Safety and Health Act gives the Secretary power to address only occupational health and safety risks. The Act does not clearly give the Secretary power to regulate all health risks and all new health hazards.”

Then, literally just two days later, in its Stay Order reversal, the Sixth Circuit Court supported OSHA’s authority to manage viruses in the workplace. Circuit Judge Stranch concluded that “OSHA’s issuance of the ETS is not an enormous expansion of its (OSHAs) regulatory authority. OSHA has regulated workplace health and safety on a national scale since 1970, including controlling the spread of disease. The ETS is not a novel expansion of OSHA’s power; it is an existing application of authority to a novel and dangerous worldwide pandemic.”

Obviously, there is disagreement on the constitutionality of the ETS between and within the Circuit courts.

The Sixth Circuit Court judges have vastly different opinions on this matter. Judge Karen Nelson Moore, who was not a member of the three-judge panel that issued the Stay Order reversal, wrote in the en banc petition denial order: “In passing the Occupational Safety and Health Act, Congress did not clearly give the Secretary authority to require workers to undertake a medical procedure like a vaccine or a medical test, whether under his general authority to regulate ‘employees’ in the workplace or under his specific authority to issue ‘emergency temporary standards.‘” Days later her colleague Judge Jane Branstetter Stranch claimed in the ETS Stay Order reversal that OSHA, by statutory definition, has the authority to manage viruses in the workplace because “any agent, including a virus, that is either ‘toxic’ (i.e. poisonous, toxicity) or ‘physically harmful’ (i.e., causing bodily harm) falls within OSHA’s purview.” The Sixth Circuit Court panel of judges overturned the Stay Order in a 2-1 majority with Judge Larsen dissenting. The opening sentence of Judge Larsen’s written dissent states, “As the Supreme Court has very recently reminded us, ‘our system does not permit agencies to act unlawfully even in pursuit of desirable ends.’” She does not view the ETS to be within OSHA’s scope of authority and is in alignment with judges before her who have viewed this as an over-reach, as is clearly illustrated by this statement: “But no matter how many times OSHA has regulated discrete illnesses in particular workspaces, this emergency rule remains a massive expansion of the scope of its authority.”

There is no doubt that this issue will be decided by the U.S. Supreme Court. Unfortunately, by the time the ETS issue is resolved by the Supreme Court, the Biden administration — unless stopped by states exercising their proper power of nullification — will have gotten what it wanted — vaccine coercion directed towards the unvaccinated, including those with natural immunity. Sadly, this federal over-reach is proceeding, threatening the basic human needs and violating the fundamental rights of working-class Americans.

If we look at this vaccine mandate through the lens of Maslow’s hierarchy of needs, a motivational theory comprising a five-tier model of human needs, vaccine coercion done in this manner threatens at least two foundational human needs: physiological (food and clothing) and safety (job security) — and possibly even more: the need for belonging, esteem, and self-actualization. Provisions that place the cost of weekly testing on employees (generally OSHA places costs like this on employers), lack of exemptions for those with natural immunity, and restricting unemployment benefits from employees who leave their employment because of this coercion illustrates the Biden administration’s strong intent to ensure the unvaccinated suffer if they don’t succumb to vaccination. This type of tactic, even if ultimately deemed constitutional by the courts and/or blocked at state borders via nullification, should disturb us all.