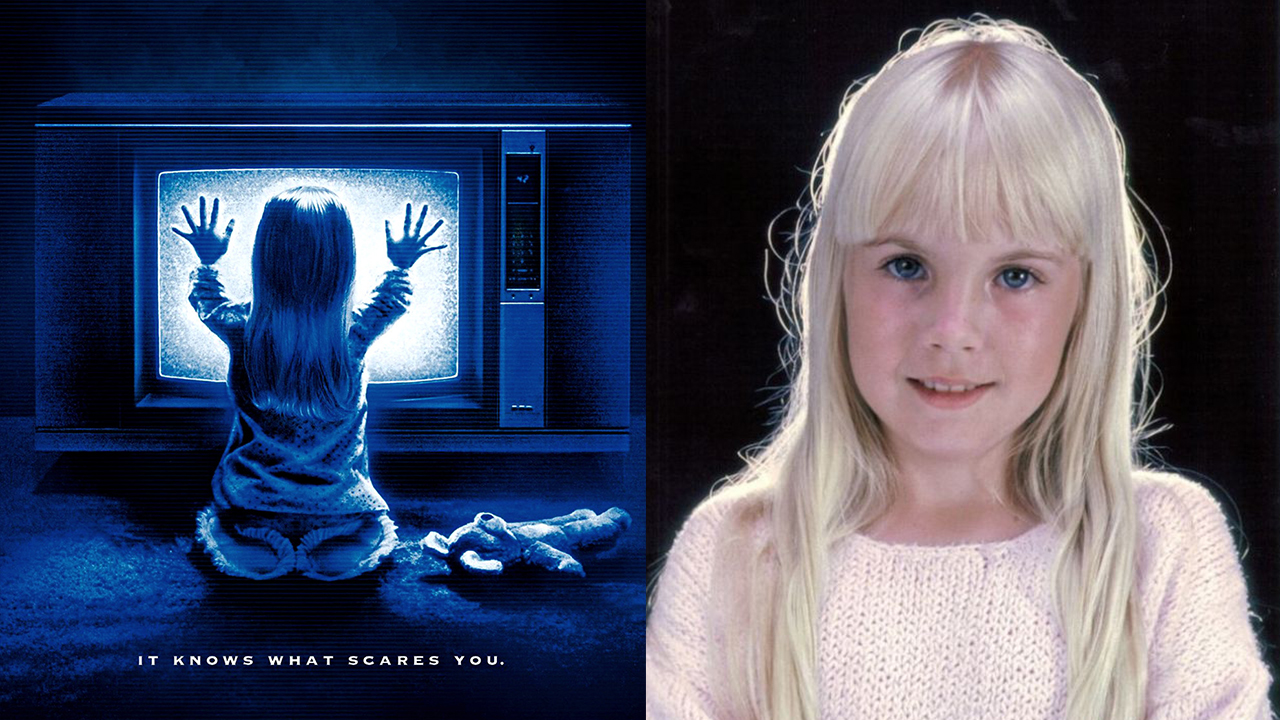 The unexpected death of the child star Heather O’Rourke at age 12 cemented an urban legend that was circulating for years: The movie “Poltergeist” was cursed. However, the real cause of her death might be infinitely more disturbing: Hollywood depravity.

The 1982 movie Poltergeist is widely considered a horror classic whose influence still reverberates today. Indeed, if nobody wants to live anywhere near an ancient burial ground to this day, it is because of that movie.

While there have been tons of horror movies released in the past decades, Poltergeist stands out from the crowd. It is certainly one of those movies people seem to remember more vividly than others. Why is that?

For one, Poltergeist is not your typical horror flick with a dark atmosphere and adult theme. The movie was written and co-directed by Steven Spielberg who was simultaneously working on E.T. the Extra-Terrestrial at that time. In fact, the summer of 1982 was dubbed “The Spielberg Summer” because E.T. and Poltergeist were released one week apart.

At first glance, Poltergeist has a similar look and feel to E.T. However, Poltergeist quickly turns into pure nightmare fodder for children. In fact, the movie appears to be specifically made to terrify young viewers.

And millions of children ended up watching that movie because, astoundingly, it was rated PG. Despite the fact that there’s a scene where a guy literally peels his face off. How did that happen? Was it a gross oversight? Not at all.

A 2001 article in The New Yorker revealed that Poltergeist was initially given an R rating by the Motion Picture Association of America (MPAA) through a unanimous vote. However, after intense pressure by the movie makers (including Spielberg himself), the movie ended up getting a PG rating … by unanimous vote. In other words, the system was corrupted.

And this caused countless parents to believe that the movie was OK for children to watch.

The headline of a 2020 article on Polygon.

The author of this article goes as far as calling Poltergeist a “betrayal of Spielberg’s audience” and argues:

“This movie is jam-packed with stuff to specifically and intentionally terrify children. It’s not limited to the clown, the tree (Spielberg is said to have taken inspiration from one that creeped him out as a child), and the bedroom closet. The evil is in the TV! There’s one in every room to take you straight to hell! You’re not safe inside your own home, especially at night (which is always strobe-lit by lightning).”
– Polygon, Poltergeist’s PG rating was a crime against kids of the ’80s

report this adIn short, Poltergeist contains scenes that sadistically poke at children’s most visceral fears, anxieties, and insecurities. In fact, according to IMDB, the star actress Shirley Maclane actually turned down the role of the mother in Poltergeist because she “objected to the terrorization of children”.

She clearly realized that there was something wrong with that movie. And, boy was she right. Not only did Poltergeist insidiously prey on children, but the insanely dark story surrounding it lead many to believe Poltergeist was cursed.

Either that or the movie industry is sick. 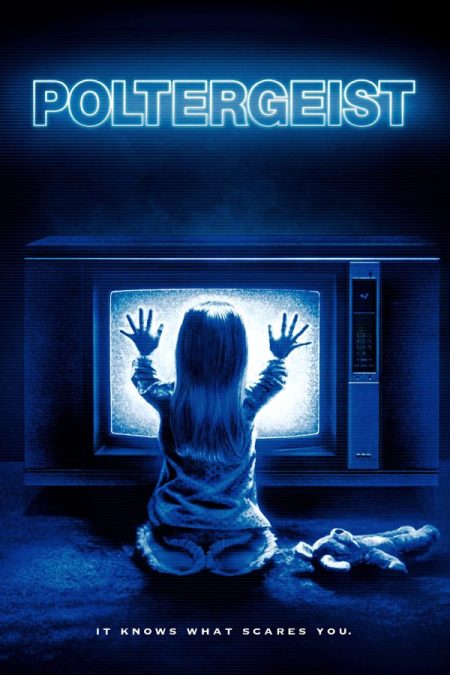 The tagline of this Poltergeist poster is “It knows what scares you”. Yup, they know what scares children and they’ve exploited the hell out of it.

Poltergeist is about a 5-year-old girl named Carol Anne Freeling (played by Heather O’Rourke) who gets abducted by demonic spirits. Because these spirits communicate with Carol Anne through TV static, she calls them “TV people”.