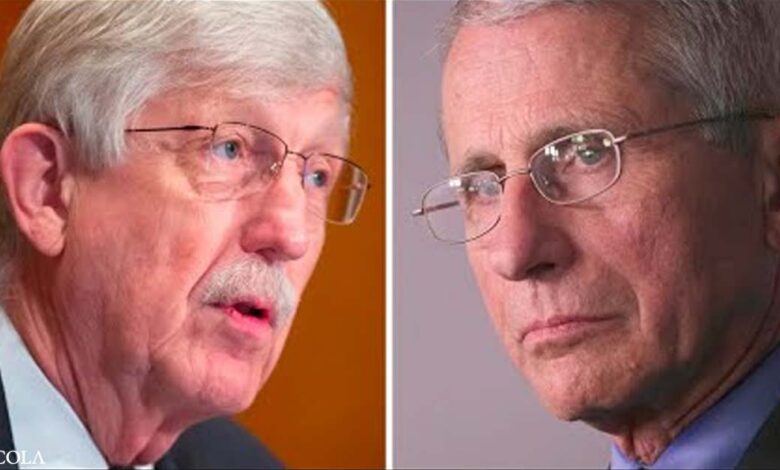 The more we learn about Dr. Anthony Fauci, the worse he looks. The grandfatherly figurehead has now had two years in the limelight, urging people to “follow the science,” which he has shamelessly equated to his own ever-shifting opinion.

Another cache of emails obtained via a Freedom of Information Act (FOIA) request by the American Institute for Economic Research (AIER) now reveals Fauci and his boss, National Institutes of Health director Francis Collins, colluded behind the scenes to quash dissenting views on the lockdowns.1

October 4, 2020, three medical professors — Martin Kulldorff from Harvard, Sunetra Gupta from Oxford and Jay Bhattacharya from Stanford — launched the Great Barrington Declaration, a statement anyone could sign onto that called for focused protection of high-risk individuals, such as the elderly, rather than the continuation of blanket lockdowns. AIER sponsored the declaration.

“Current lockdown policies are producing devastating effects on short and long-term public health,” the declaration stated. “Keeping these measures in place until a vaccine is available will cause irreparable damage, with the underprivileged disproportionately harmed.”

As support of the declaration rapidly spread, Fauci and Collins seemingly panicked, and discussed how they could possibly stop the growing call for a sane, science-based approach. In an October 8, 2020, email to Fauci, Collins wrote:2,3,4,5

“Don’t worry, I got this,” Fauci replied. Later, Fauci sent Collins links to newly published articles refuting the focused protection solution, including an op-ed in Wired magazine, and an article in The Nation, titled “Focused Protection, Herd Immunity and Other Deadly Delusions.” “Excellent,” Collins replied.

This correspondence is a real peek behind the curtain as to who Fauci and Collins really are. They’re not interested in debating scientific merit. Their go-to strategy is simply to demolish the opposition by any means necessary.

Fauci and Collins are just ‘nasty bureaucrats who want to destroy anyone who challenges their power.’ ~ Daniel McAdams

Clearly, there’s nothing “fringe” about these scientists. Bhattacharya, for example, has conducted NIH-funded research for decades.6 If he’s a “fringe” scientist, why is Collins funding him?

As noted by Daniel McAdams of the Ron Paul Liberty Report (video above), behind the scenes, Fauci and Collins are just “nasty bureaucrats who want to destroy anyone who challenges their power … The scientific method does not involve, ‘Oh my gosh, that guy said something that contradicts me, I must destroy him.’”

As noted by Jeffrey Tucker in a December 19, 2021, Brownstone article,7 the attacks on the declaration and its creators were particularly shocking considering “They were merely stating the consensus based on science and experience. Nothing more.”

Indeed, March 2, 2020, 850 scientists signed a letter8 to the White House warning against the use of lockdowns, travel restrictions and the closing of businesses and schools.

Fauci himself had even told a Washington Post reporter that “The epidemic will gradually decline and stop on its own without a vaccine”9 — a scientifically correct stance he’s since abandoned. According to Tucker, the emails between Fauci and Collins are the smoking gun showing that it is they who are waging war against science.

“What we find in these emails are highly political people who are obsessed not with science but with messaging and popular influences on the public mind,” Tuckerwrites.10

“What do we learn from these emails? The attacks on tens of thousands of medical professionals and scientists were indeed encouraged from the top. The basis for the attacks were not scientific articles. They were heavily political popular pieces.

This adds serious weight to the impression we all had at the time, which was that this was not really about science but about something far more insidious. You can discover more about this in Scott Atlas’s book on the topic [‘A Plague Upon Our House’]. These new emails confirm his account. It was an outright war on top scientists …

My own estimate is that the convinced advocates of lockdowns when they took place were probably fewer than 50 in the U.S. How and why they managed to grab hold of the reins of power will be investigated by historians for many decades.

The incredibly positive response to the Great Barrington Declaration, which has garnered 900,000 signatures in the meantime, demonstrates that there was and is still life remaining in traditional public health measures deployed throughout the 20th century and still respect for human dignity and science remaining among medical professionals and the general public.

This war on dissent against lockdowns is not only a scandal of our times. The lockdowns and now the mandates have fundamentally transformed society …

We seem ever more to be on the precipice of total disaster, one that will be difficult to reverse. It is urgent that we know who did this, as well as how and why, and take steps to stop it before more damage is done and then becomes permanent.”

When news of the Fauci-Collins collusion broke, Bhattacharya tweeted,11 “Now I know what it feels like to be the subject of a propaganda attack by my own government. Discussion and engagement would have been a better path.”

According to Bhattacharya, Collins and Fauci cooked up the false counternarrative that focused protection would “let the virus rip” through populations with devastating effect. This erroneous talking point was then thrown at them again and again.

“When reporters started asking me why I wanted to ‘let the virus rip,’ I was puzzled,” Bhattacharya tweeted December 19, 2021.12 “Now I know that Collins and Fauci primed the media attack with the lie.

I was also puzzled by the mischaracterization of the GBD [Great Barrington Declaration] as a ‘herd immunity strategy,’ Biologically the epidemic ends when a sufficient number of people have immunity, either through COVID recovery or vax. Lockdown, let-it-rip, and the GBD all lead to that.

As Martin Kulldorff has said, it makes as much sense to say ‘herd immunity strategy’ as it does to say ‘gravity strategy’ for landing an airplane. The only question is how to land safely, not whether gravity applies.

So the question is how to get through this terrible pandemic with the least harm, where the harms considered include all of public health, not just COVID. The GBD and focused protection of the vulnerable is a middle ground between lockdown and let-it-rip.

Lockdowners like Collins & Fauci … could have engaged honestly in a discussion about it, but would have found that public health is fundamentally about focused protection … Instead, Fauci & Collins decided to smear Martin Kulldorff, Sunetra Gupta, me and supporters of the GBD. They lied about the ideas it contains and orchestrated a propaganda campaign against us …

Fauci & Collins are silent about lockdown harms because they are culpable. The sad fact is that they won the policy war, they got their lockdowns, and now … own the harms. They cannot deny it. The GBD warned them.

They also cannot say that the lockdowns worked to suppress COVID. In the U.S., we followed the Fauci/Collins lockdown strategy and we have 800k COVID deaths. Sweden — more focused on protecting the vulnerable — did better and cannot be ignored …

[History] will judge those in charge of the COVID policy, and it will not judge kindly. [Collins] smears the GBD and its authors because he has no substantive argument left … Collins’ interview with Baier marks a sad end to an illustrious career, and I take no joy in saying so. Fauci should join him in retirement. They have done enough damage.”

The damaging character revelations emerge just as Fauci and President Biden struggle to whip up panic about Omicron to keep the need for pandemic countermeasures going. It’s a challenge, for sure, as most people have already realized that Omicron is no worse than a common cold.

During a December 19, 2021, CNN interview, Fauci stated that they “did not anticipate the extent of mutations” that occurred in Omicron.13 So, basically, despite sinking billions of dollars into research, scientists were unable to predict the mutations. That should tell us something.