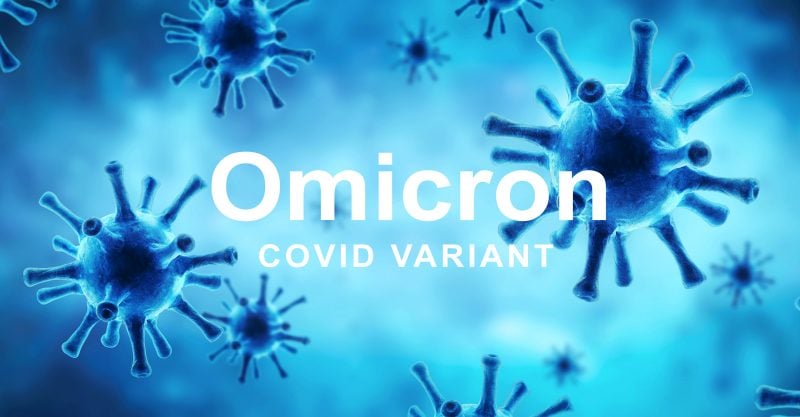 No sooner had the Omicron hysteria hit the headlines, politicians, aided by a compliant global lockstep media, started identifying scapegoats and telling the world’s population to prepare to roll up their sleeves.

No sooner had the Omicron hysteria hit the headlines, politicians, aided by a compliant global lockstep media, started telling the world’s population to prepare to roll up their sleeves.

What’s more, three scapegoats have been identified: the unvaccinated, HIV patients and the least vaccinated continent on the planet: Africa.

One of many similar calls was made in the influential Scientific American magazine by Southampton University public health and vaccine hesitancy researcher, Michael Head Ph.D., not unsurprisingly a Gates Foundation funding recipient.

For many in the industrialized world, there is a sense of déjà vu from this time last year — but with a twist.

Last year the population had been primed to expect almost impossibly high levels of protection from infection based on the results of phase 3 clinical trials. Only recently have these trials been brought into question.

Last year, the majority had also bought the line that these new generation “genetic vaccines” would stop transmission and yield herd immunity. The head of the Oxford Vaccine Group, Prof. Andrew Pollard, subsequently told the world that possibility is now “mythical.”

Knowing what they knew then, people flocked to the vaccination centers as the promise being offered was a return to normal life. Only time would tell how misplaced that view was.

This time around things are very different.

The indisputable reality is that the COVID-19 injections are “leaky.” The spike-targeting neutralizing IgG antibodies they so readily elicit just don’t neutralize (block) very well so they can’t stop infection or subsequent transmission.

What drives the creation of immune escape variants?

Perceptions among politicians, the public and even scientists as to the main drivers of mutations that can escape the effects of the immune system, whether from naturally-acquired infection or the response generated by injections, differ wildly.

Smack in the middle of this lack of consensus comes Omicron, and a high chance that policies based on one line of thinking will be viewed as counterproductive or even potentially disastrous and life threatening by others.

We’ve reported on the underlying science at length before, and supported the evolutionary arguments elaborated in the public domain by Belgian vaccinologist, Geert Vanden Bossche, VDM, Ph.D., David Lorimer, program director of the Scientific and Medical Network and I have, this week, released a short article that attempts to summarize in layperson’s language the central tenets of Vanden Bossche’s thesis.

The opposing arguments ignore entirely evolutionary pressure and focus on the unvaccinated and the immune compromised as the reservoirs that provide more opportunities to breed mutants.

The logic — at face value — seems reasonable. If the virus is able to replicate more often in people who suffer COVID-19 disease for longer, and people who can’t effectively neutralize the virus, the increased replication increases the probability of mutants emerging.

More rolls of the dice, if you like. The trouble is that this argument is fundamentally flawed for a number of reasons.

We’ve seen previous mutants by and large being generated under high vaccination pressures, with increases in cases being associated with expanding “vaccine” coverage.

Also, clear evidence that the vaccines are increasingly unable to neutralize the virus, especially more recently emerging variants, so being unable to stop transmission while also waning in effectiveness within a few months post-jab.

What’s more, they also interfere with innate immune training which is our primary defence against different variants of this (and other) pathogens and our only means of developing herd immunity given the “leakiness” of the current “genetic vaccines.”

In a sea of immense uncertainty, one thing that is more or less certain, now that the initial errors in the claimed mutations were corrected, is the 32 spike protein mutations of Omicron.

But it’s not just the, comparatively speaking, high number of significant mutations in the spike protein (Table 1), it’s their potential impacts on both the virus and the human immune systems with which the virus interacts that are key.

It’s of course too early to know exactly what effects these mutations will have on the very diverse and varied populations of humans, and potentially other species if spill-over continues.

The limited information available from the small numbers of cases that have been reported so far is that disease severity (i.e., deadliness) is not significantly greater than with delta.

It’s too early to say if Omicron will out-compete delta as this depends on many factors, such as the ability or otherwise of Omicron to evade innate and/or adaptive immunity in populations with different immune backgrounds (generated by COVID injections and naturally-acquired infection), and latency prior to high viral loads being generated.

Early reports, such as those by South African, Dr. Angelique Coetzee, who first spotted the new symptoms of Omicron-mediated COVID-19 were that the severity of disease wasn’t worse than delta. It’s likely though that the pattern of symptoms will be different.

Younger people may also be more vulnerable, especially if their trained innate immunity is damaged by injections. This view is of course not wholly in line with that of the WHO that stated the following on Nov. 28:

“There is currently no information to suggest that symptoms associated with Omicron are different from those from other variants. Initial reported infections were among university students—younger individuals who tend to have more mild disease — but understanding the level of severity of the Omicron variant will take days to several weeks.”

Many independent experts have opined that transmission might be higher based on the configuration of the mutations and if that’s the case and latency isn’t extended significantly over delta — Omicron may readily replace delta as the dominant variant in most countries.

While it will likely be days or weeks before Omicron’s potential virulence and transmissibility can be better appreciated, the configuration of mutations — highly conserved within the spike protein itself — tells us that there’s a high likelihood that existing injections will be even less effective than on delta.