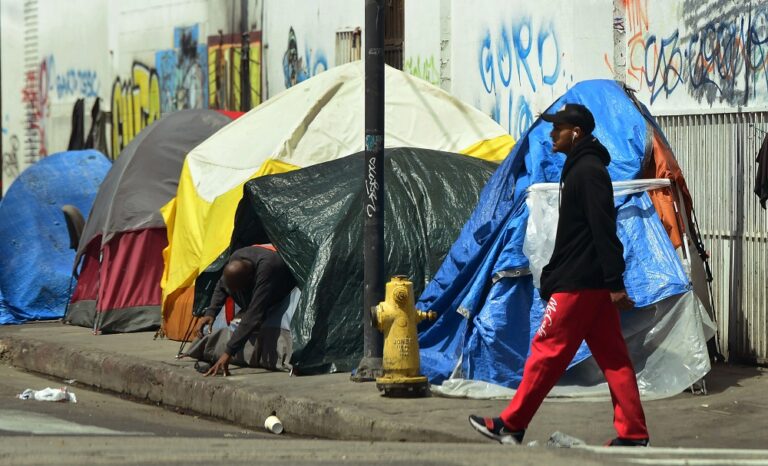 For many years now there has been a contingent of alternative economists working diligently within the liberty movement to combat disinformation being spread by the mainstream media regarding America’s true economic condition. Our efforts have focused primarily on the continued devaluation of the dollar and the forced dependence on globalism that has outsourced and eliminated most U.S. manufacturing and production of raw materials.

The mainstream media’s claim has always been that the Fed “saved” the U.S. from imminent collapse and that the central bankers are “heroes.” After all, stock markets have mostly skyrocketed since quantitative easing (QE) was introduced during the credit crash, and stock markets are a measure of economic health, right?

All the Federal Reserve really accomplished was to forge a devil’s bargain: Trading one manageable deflationary crisis for at least one (possibly more) highly unmanageable inflationary crises down the road. Central banks kicked the can on the collapse, making it far worse in the process.

The U.S. economy in particular is extremely vulnerable now. Money created from thin air by the Fed was used to support failing banks and corporations, not just here in America but also banks and companies around the world.

Because the dollar has been the world reserve currency for the better part of the past century, the Fed has been able to print cash with wild abandon and mostly avoid inflationary consequences. This was especially true in the decade after the derivatives crunch of 2008.

Why? The dollar’s global reserve status means dollars are likely to be held overseas in foreign banks and corporate coffers to be used in global trade. However, there is no such thing as a party that goes on forever. Eventually the punch runs out and the lights shut off. If the dollar is devalued too much, whether by endless printing of new money or by relentless inflationary pressures at home, all those overseas dollars will come flooding back into the U.S. The result is an inflationary avalanche, a massive injection of liquidity exactly when it will cause the most trouble.

We are now close to this point of no return.

The difference between a crisis and a real crisis

As I have said for some time, when inflation becomes visible to the public and their pocketbooks take a hit, this is when the real crisis begins.

A Catch-22 situation arises and the Fed must make a choice:

Without Fed support, stock markets will die. We had a taste of this the last time the Fed flirted with tapering in 2018.

My position has always been that the Federal Reserve is not a banking institution on a mission to protect American financial interests. Rather, I believe the Fed is an ideological suicide bomber waiting to blow itself up and deliberately derail or destroy the American economy at the right moment. My position has also long been that the bankers would need a cover event to hide their calculated economic attack, otherwise they would take full blame for the resulting disaster.

Two years after the pandemic started and the Fed has pumped out approximately $6 trillion more in stimulus (officially) and helicopter money through PPP loans and Covid checks. On top of that, Biden is ready to drop another $1 trillion in the span of the next couple years through his recently passed infrastructure bill. In my article ‘Infrastructure Bills Do Not Lead To Recovery, Only Increased Federal Control‘, published in April, I noted that:

“Production of fiat money is not the same as real production within the economy… Trillions of dollars in public works programs might create more jobs, but it will also inflate prices as the dollar goes into decline. So, unless wages are adjusted constantly according to price increases, people will have jobs, but still won’t be able to afford a comfortable standard of living. This leads to stagflation, in which prices continue to rise while wages and consumption stagnate.

Another Catch-22 to consider is that if inflation becomes rampant, the Federal Reserve may be compelled (or claim they are compelled) to raise interest rates significantly in a short span of time. This means an immediate slowdown in the flow of overnight loans to major banks, an immediate slowdown in loans to large and small businesses, an immediate crash in credit options for consumers, and an overall crash in consumer spending. You might recognize this as the recipe that created the 1981-1982 recession, the third-worst in the 20th century.

In other words, the choice is stagflation, or deflationary depression.”

It would appear that the Fed has chosen stagflation. We have now reached the stage of the game in which stagflation is becoming a household term, and it’s only going to get worse from here on.

According to official consumer price index (CPI) calculations and Fed data, we are now witnessing the largest inflation surge in over 30 years, but the real story is much more concerning.

CPI numbers are manipulated and have been since the 1990’s when calculation methods were changed and certain unsavory factors were removed. If we look at inflation according to the original way of calculation, it is actually double that reported by the government today.

In particular, necessities like food, housing and energy have exploded in price, but we are only at the beginning.

To be clear, Biden’s infrastructure bill and the pandemic stimulus are not the only culprits behind the stagflation event. This has been a long time coming; it is the culmination of many years of central bank stimulus sabotage and multiple presidents supporting multiple dollar devaluation schemes. Biden simply appears to be the president to put the final nail in the coffin of the U.S. economy (or perhaps Kamala Harris, we’ll see how long Biden maintains his mental health facade).

But how bad will the situation get?

“Collapse” is not too strong a word

I think most alternative economists have called the situation correctly in predicting a “collapse.” This is often treated as a loaded term, but I don’t know what else you could call the scenario we are facing. The covid lockdowns and the battle over the vax mandates have perhaps distracted Americans from an even larger danger of financial instability. That fight is important and must continue, but stopping the mandates does not mean the overarching threat of economic chaos goes away, and both serve the interest of central bankers and globalists.

Some of the key policies within the literature for the “Great Reset” and what the World Economic Forum calls “The 4th Industrial Revolution” includes Universal Basic Income (UBI), the “Sharing Economy” and eventually a global digital currency system using the IMF’s Special Drawing Rights basket as a foundation. Essentially, it would be a form of global technocratic communism, and if you enjoy individual freedom, being forced into total reliance on the government for your very survival does not sound appealing.

To obtain such a system would require a catastrophe of epic proportions. The Covid pandemic gets the globalists part of the way there, but it’s obviously not enough. Covid has not convinced many hundreds of millions of people around the world to give up their freedoms for the sake of security.

But maybe a stagflationary collapse will accomplish what Covid has not?

Accelerated price spikes in necessities including housing and food will generate mass poverty and homelessness. There is no chance that wages will keep up with costs. The government might step in with more stimulus to help major corporations and businesses increase wages, but this would basically be the beginning of a universal basic income (UBI, or free money for everyone) and it would only cause more dollar devaluation and more inflation. They could try to freeze prices as many communist regimes have in the past, but this only leads to increased manufacturing shut downs because the costs of production are too high and the profit incentives too low.

I suspect that the establishment will bring back regular checks (like the Covid checks) for the public now struggling to deal with ever increasing expenses and uncertainty, but with strings attached. Don’t expect a UBI check, for example, if you refuse to comply with the vax mandates. If you run a business, don’t expect stimulus aid if you hire non-compliant workers. UBI gives the government ultimate control over everything, and a stagflationary crisis gives them the perfect opportunity to introduce permanent UBI.

The mainstream can no longer deny the fact that stagflation is happening and it is a threat, so hopefully those people that have not been educated on the situation will learn quickly enough to complete the preparations necessary to survive. Countering stagflation will require localized production, decentralization and a move away from reliance on the global supply chain, the institution of local currency systems, perhaps using state banks like the one in North Dakota as a model, barter markets and physical precious metals that rise in value along with inflationary pressures. There is a lot that needs to be done, and very little time to do it.

At bottom, the fight against economic collapse and the “Great Reset” starts with each individual and how they prepare. Each person caught by surprise and stricken with poverty is just another person added to the hungry mob begging the establishment for draconian solutions like UBI. Each properly-prepared individual is, as always, an obstacle to authoritarianism. It’s time to choose which one you will be.