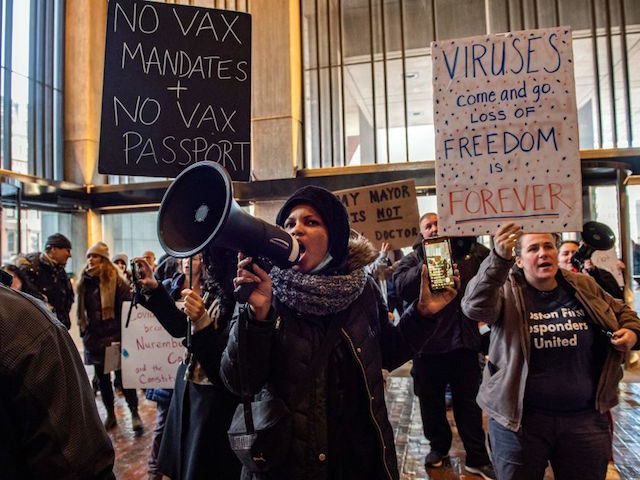 The coronavirus pandemic has been an indisputable boon for authoritarianism. Individual liberty and personal sovereignty are in retreat around the world.

Tyrannical China is rising as the dominant world power, having paid no price for unleashing the disease, while the United States and its allies are having deep second thoughts about economic freedom, free speech, and other bulwarks against authoritarian control.

Here are five ways the coronavirus pandemic drove the worldwide ascendancy of authoritarianism: 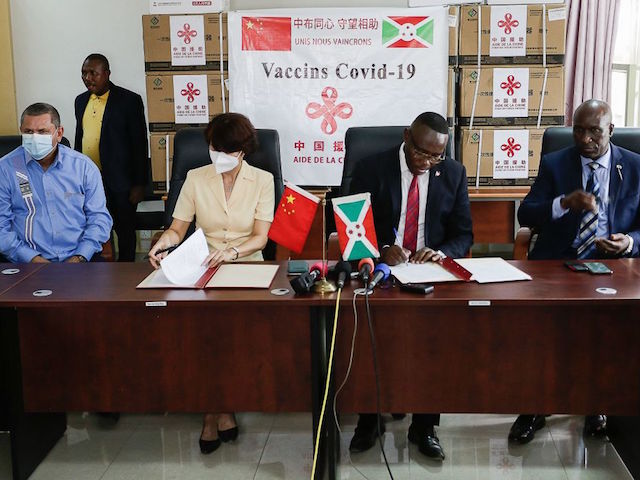 The ambassador of China to Burundi, Zhao Jiang Ping (L), and The Burundi Minister of Health Thadee Ndikumana (R), sign before speaking to journalists about 500,000 donated doses of China’s Sinopharm vaccine at a ceremony in the economic capital Bujumbura on October 14, 2021. (TCHANDROU NITANGA/AFP via Getty Images)

China emerges from the pandemic with more geopolitical influence than ever. Beijing used “vaccine diplomacy” to buy influence from developing nations by donating millions of doses of its dubious vaccines.

The staggering economic damage inflicted upon other nations by the coronavirus appears to have accelerated China’s timetable for becoming the dominant economic power in the world, although there are analysts who believe Beijing’s reliably false economic reports mask systemic weaknesses that could kneecap its meteoric growth, such as its rickety real-estate system and its faltering power grid.

For the moment, China is more influential than it was in 2019, and a growing number of Americans appear to be conscious of the danger. China relentlessly uses its influence to attack capitalism and democracy, touting authoritarianism as a superior model for dealing with crises like the Chinese coronavirus. The alleged failure of the U.S. government to handle a disease China supposedly brought swiftly under control has become a staple of Chinese state media editorials.

China is aggressively using its economic and political influence to spread its authoritarian ideology of “socialism with Chinese characteristics” across the developing world.

China’s Belt and Road Initiative (BRI) is colonizing the Third World with debt to Chinese banks and swarms of Chinese workers, who invariably get the lion’s share of the jobs created by BRI infrastructure programs. China’s military and technical assistance comes with ideological indoctrination programs, increasingly conducted at regional academies China is building in developing nations.