Inflation is running rampant. At first, the powers that be tried to convince us it wasn’t a problem because it was just a temporary phenomenon caused by coronavirus. (As if a virus could cause the money supply to increase.) But now, the transitory inflation narrative is dead. Jerome Powell recently admitted that it’s time to “retire” that word. The new strategy seems to be to try to convince you that rising prices are “good for you” and the broader economy. You can decide for yourself the veracity of that argument.

The truth is the federal government needs inflation. It depends on Federal Reserve money printing to support its borrow and spend budgeting strategy. Without the Fed’s inflationary activity, the government couldn’t finance its out-of-control spending habit. But politicians don’t want you to know that they are levying an inflation tax on you, so they perpetuate all kinds of myths about inflation to try to make you feel better about it.

Following are five inflation myths heard in the mainstream media of late. I owe a hat-tip to Thomas Anderson. He compiled most of these myths and published them in the Facebook group Passant Gardant.

This myth effectively redefines inflation. When analysts, politicians and pundits talk about inflation, they usually mean rising consumer prices as measured by the consumer price index (CPI). But this is a symptom of inflation. Inflation itself is an increase in the money supply.

If the money supply increases and the number of goods and services remain relatively stable, you have more dollars chasing the same amount of stuff. That means prices rise as consumers bid up the limited amount of stuff with their extra dollars.

In a nutshell, rising prices are not in-and-of-themselves inflation. They are caused by inflation.

The government altered the definition to suit its purposes. The conventional definition you hear today is nothing more than government propaganda. It is a way to hide its responsibility for rising prices, and this redefining of the word makes these other myths possible.

You don’t have to worry about inflation. Prices are just rising because your wages are going up. Wage pressure is causing inflation.

This myth has it completely backward. Rising wages are a sign of inflation, not a cause. After all, a wage is simply a price – the price of labor. And as already explained, rising prices are a symptom of inflation.

Wages do rise in an inflationary environment, but they typically lag behind the prices of goods and services. Today, the official CPI is close to 6%. Average hourly earnings are only up 4.8%.

Even if you accept the mainstream definition of inflation, this myth is nothing but a tautology. In effect, you’re saying rising prices are causing rising prices. As Anderson said, this has no explanatory power.

Oil prices have spiked significantly this year. And rising energy prices do trickle through the economy. When energy costs are high, it raises the cost of production and transportation, and thus, the cost of goods.

But again, an example of inflation can’t cause inflation. High prices don’t cause high prices. The question you need to ask is why has the price of oil gone up along with the price of everything else?

Sure, there are some Biden administration policies that have put price pressure on oil. And there are supply and demand dynamics. But you have to dig further to find the root cause when you see a general increase in prices across the board. It’s the expansion of the money supply. As Milton Friedman put it, “Inflation is always and everywhere a monetary phenomenon.”

As Anderson put it, “this is a pernicious lie told by politicians and central bankers who don’t want to take heat for high inflation.”

In reality, true economic growth tends to push prices down. As productivity increases and technology advances, companies can produce more for less. Prices fall. Economic growth increases the number of available goods and services. This has a deflationary effect – not inflationary. Just look at prices in high growth sectors compared to low growth sectors. The prices of computers, smartphones, home entertainment, and other high-growth sectors have dropped significantly over the last few decades. Meanwhile, stagnating sectors such as education, energy, healthcare, and food have seen consistently increasing prices.

Again, general price inflation happens when you have more dollars chasing the same amount of (or less) stuff. This is exactly what happened during the pandemic. Production came to a halt as governments shut down economies. Meanwhile, the Fed printed trillions of dollars out of thin air and the federal government showered them on consumers. Americans stopped producing but kept spending. That’s more dollars chasing less stuff.

And this is not good for you. When the prices of all goods and services increase, that translates into a higher cost of living and lower quality of life for everyone.

This is getting closer to the truth, but it’s not quite there. 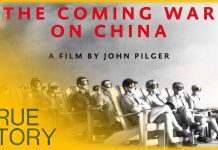