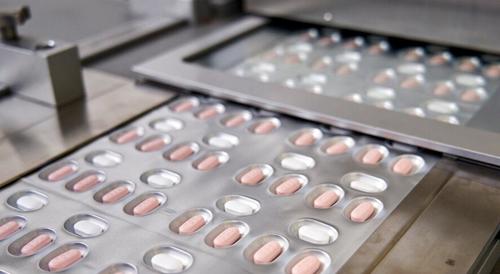 Just in time for President Biden to make his big speech Tuesday evening, the FDA has just confirmed that it plans to authorize the Merck and Pfizer pills, which have proven reasonably successful at suppressing serious COVID symptoms in potentially high-risk patients. They could be authorized before Wednesday, meaning the approval will likely come with days to spare before the Christmas holiday.

Three senior administration officials leaked the news to Bloomberg, which called it a “milestone” in the fight against the pandemic.

It comes in combination with the rollout of the president’s new COVID-fighting agenda, which is centered on distributing 500M rapid COVID tests.

Shares in Pfizer and Merck traded lower on the day despite the news, though they have bounced off their lows for the trading day.

Pfizer’s pill, Paxlovid, and Merck’s molnupiravir are intended for higher-risk people who test positive for COVID. The course of treatment involves a series of pills at home over several days. The Administration is pinning its hopes on the likelihood that the drugs will help further reduce the hospitalization and death rates compared with last year.

“It’s the biggest thing to happen in the pandemic after vaccines,” said Eric Topol, director of the Scripps Research Translational Institute.

The timing of the announcement, coming so late in the year, is unusual for the FDA, reflecting the “urgency” of the situation, Topol added.

An FDA advisory committee narrowly recommended the Merck pill last month, with some members of the panel raising concerns about the safety profile of the drugs, particularly for pregnant women, seen as a vulnerable population.

The US government has already ordered 10M courses of the Pfizer pill and about 3M courses of the Merck drug, which isn’t as effective, according to the available clinical data. Notably, none of the patients treated with the drugs so far in the studies have died.