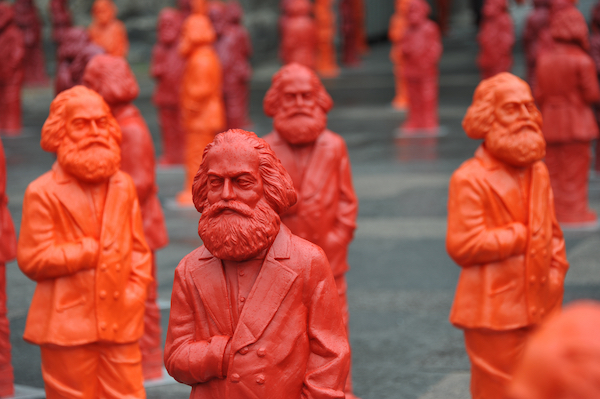 International Man: Communist and socialist ideas are growing in popularity among the millennial and Gen Z generations. In fact, the majority of young people dislike capitalism and favor a more socialist or even a communist economic system.

This is evidenced by the rise of politicians like Alexandria Ocasio Cortez (AOC) and The Squad.

Doug Casey: The youth are being corrupted, and it’s more serious than ever. Although I say that a bit tongue-in-cheek since people have probably thought the youth were becoming degenerate since about day one.

For instance, one of the two charges against Socrates when he was executed in Ancient Greece was corrupting the youth. Older people always think the youth are foolish, ignorant, lazy, crazy and generally taking the world to hell in a handbasket. And, of course, many of their charges are, and always have been, true.

But as kids get older, they generally get wiser, more knowledgeable, harder-working, and more prudent—nothing new here. The world has survived roughly 250 new generations since civilization began in Sumer 5,000 years ago. And it will likely survive this one too.

That’s the bright side. And, as you know, I always look on the bright side. But, on the other hand, the American university system has been totally captured by Cultural Marxists, socialists, statists, collectivists, promoters of identity politics, and people of that ilk. These people hate Western Civilization and its values and are actively trying to destroy them. My view is that this challenge is perhaps the most serious we’ve ever encountered, and the dangers are greatly amplified by advancing technology.

International Man: What role are Western universities playing? How is this shaping current and future generations?

Doug Casey: Universities have been totally transformed in many ways over the past century, and it’s been for the worst in every instance. When the average 18-year-old goes to college, he knows very little about how the world works in general. He’s got vague ideas he picked up mostly from TV, movies, and people who got a job teaching high school. They know basically nothing about economics, government, or history. Worse, what they think they know is mostly wrong.

That makes them easy prey for professors with totally bent views to indoctrinate them.

It’s not so much that they’re taught inaccurate facts. There are plenty of “factoids” (artificial facts), of course—like the War Between the States (which shouldn’t be called the Civil War) was mainly fought to free the slaves. Or that Keynesian economics is correct. Or that the US is a democracy ruled by “We the People.” And many, many more. But that’s just part of the problem.

It’s not just the factoids they’re taught. It’s the way the schools interpret actual facts and the kind of meaning they infuse into events. The “why?” of events is twisted, and concepts of good and evil are perverted. The education system has been almost completely captured by Marxists and other leftists. They’re in a position to indoctrinate the youth, and they use that power to the maximum. Once a kid’s thoughts are bent—much the way a tree can be bent as a sapling—in one direction or another, it’s very hard to straighten them out.

Of course, that leads to the question of whether the youth should be directed one way or another in the first place. Which values are “right” or “wrong?” I certainly have views on that subject, but this isn’t the place to go into them—beyond saying that basic values are too important to be left to random government employees.

The real problem, however, is that today’s education does not teach critical thinking. Rather just the opposite is true. Students are taught blind acceptance of what’s currently considered politically correct.

Instead of questioning authority in a peaceful and rational manner—which is what Socrates did—the current idea is to prevent any divergent views from even being discussed. The professors are basically all socialists, and the kids tend to believe what they’re taught. Those views are reinforced by the other sources of information surrounding them—Hollywood, mass media, and the government itself.

Destructive ideas usually start with “intellectuals.” Intellectuals typically despise business, commerce, and production, and they envy the money the capitalists have. Intellectuals feel they’re not only smarter but also much more moral than business people. That gives them the right, in their own eyes, to dictate to everyone else. They’re usually socialists, and approve of “cadres” like themselves, ordering everyone else around. Intellectuals naturally gravitate to the universities, where they’re paid to hang out with each other, be lionized by kids, and hatch goofy ideas.

This has always been the case. But it’s become a much bigger problem than in the past, partly because a much, much higher percentage of kids go to college now than ever before. Even in the recent past, at most five or 10 percent of kids went to college. These days, almost everybody goes, and a much higher proportion of the youth are being infected with leftist memes than ever before.