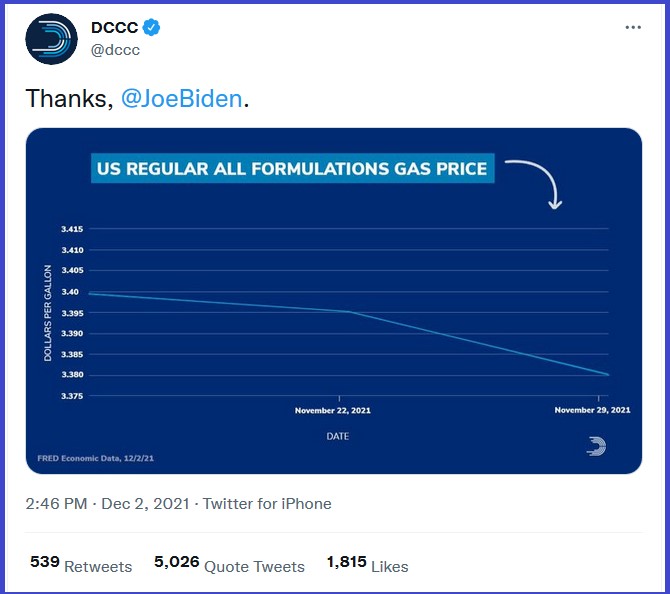 If you were still on the fence about Omicron being created/used specifically because the people behind Biden were worried about gas prices {Go Deep}, you can quit the straddle.

Energy inflation overall, and gasoline inflation specifically, is the Build Back Better communists’ Achilles heel.  The Biden administration is ideologically committed to climate change policy and as a result they have no supply-side tools to stop gasoline prices from necessarily skyrocketing.  They desperately need the fear of Omicron to shut down the demand side.

Ten days ago the communists said they were releasing 55 million barrels of oil from the strategic petroleum reserve {Go Deep}, approximately a three day supply of oil given the current level of demand.  Today the Democrat Congressional Campaign Committee (DCCC) laughably claim victory over a two cent drop in gasoline price.  Worse still is the gaslighting graph they use to show a downward trajectory on price:

The Y-axis is in increments of half a cent.  The X-axis is showing six days of impact.

Yes, gasoline fell from $3.39/gal to $3.38/gal in the six days after the strategic petroleum reserve release.  We are spared a single penny per gallon in gas price.

Even the leftist media recognize this type of propaganda only makes Democrats look more stupid. A longer review of the Joe Biden price for Gasoline puts that six day Democrat graph into perspective: 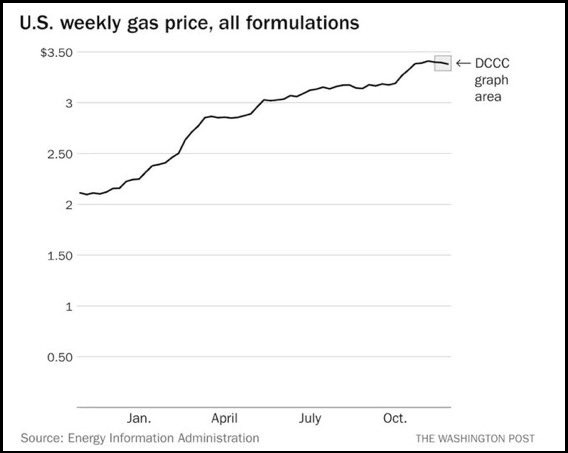 All communists are knuckleheads.

That said, what this insufferable effort highlights is how much emphasis the Democrats are putting toward trying desperately to get away from the problem of inflation. 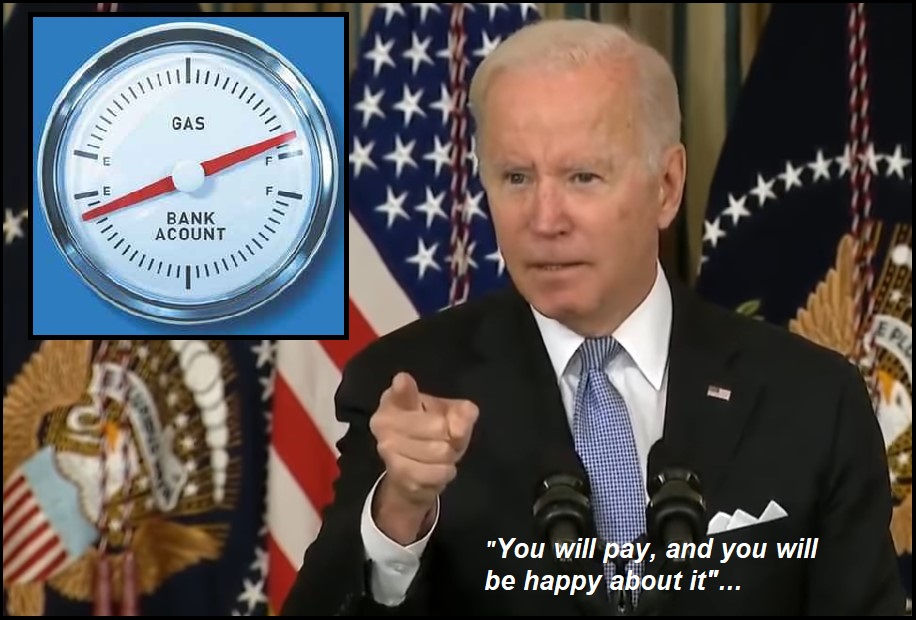 All of Biden energy policy, and all of Biden’s spending around the Build Back Better agenda, is designed to take us from where we are now into some distant place where fossil fuels are not the energy mechanism; that’s the Green New Deal component of this.  However, there is no policy for their transition – they stopped all current energy policy around oil and coal.

Biden halted pipelines, cancelled oil and gas leases, blocked expanded refinery capacity and regulated the entire U.S. oil industry into a place of diminished capacity.  That is why energy prices have, as Obama promised,  “necessarily skyrocketed.”  And, we ain’t seen nothing yet.  Depending on how cold it is this winter, you can expect natural gas and home heating oil to double in the next few months.

The near horizon looks pretty clear.  Gasoline will keep rising fast and will cost $6 to $7/gal before next spring.   There is no way under current Joe Biden policy to avoid this, unless he was to completely abandon his energy policy; that’s not likely.  The climate change ideologues, academics and far-left communists behind the Biden policy are not likely to see the catastrophic economic damage as a bad thing, instead they will likely say it’s the new normal.

With that level of supply side economic chaos seemingly unavoidable, the only way for Biden to try and mitigate political damage is an attempt to halt the demand side.  That’s why the administration needs Omicron.

It is more important for our government to use Omicron than all other governments because we are the spending and ideological center. That is why we are seeing a much bigger emphasis upon the fear of Omicron by our government; and that is why the descending levels of variant emphasis/fear fall in line depending on how closely other nations are aligned as allies.

Meanwhile… China, Iran and Russia (adversaries on an ideological level) know what is happening, and to the extent they can drive U.S. inflation even higher, they will.  Our adversaries know how to use Biden’s policy to make massive inflation hurt the U.S. disproportionately. This is why OPEC is giving Biden the middle finger on his ‘request’ to increase oil production, and this is why China is now triggering shipping quarantines. (more)

Again, as repeated previously, our window to prepare for a massive jump in inflation is slowly closing.  We are down to around 60 days, and then things will get really ugly.  The people behind Joe Biden know this.  Omicron is a tool they are attempting to use to moderate the speed of impact within the inflation window. 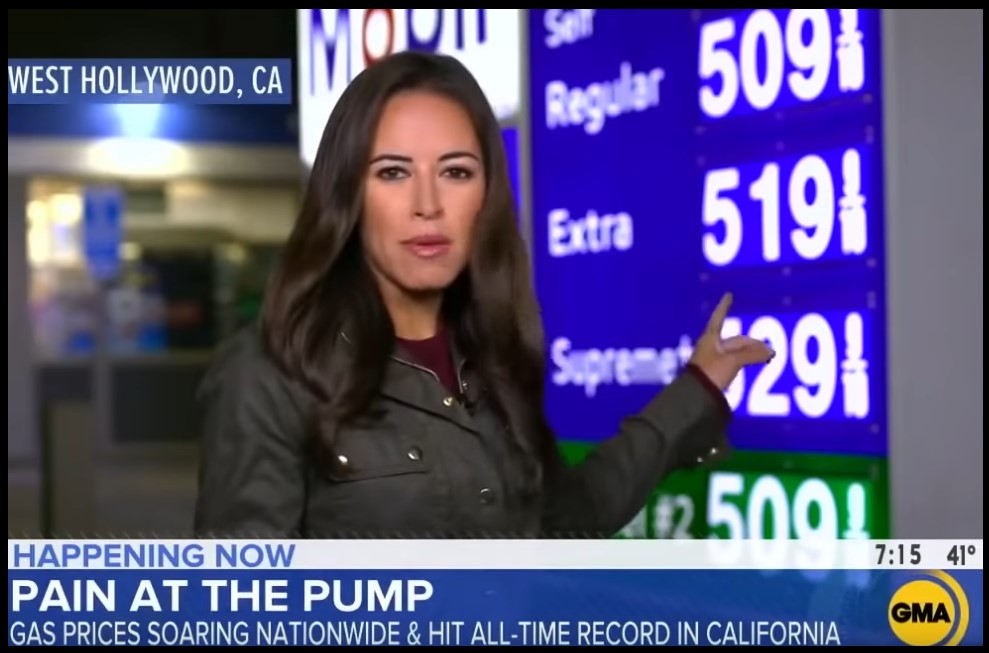