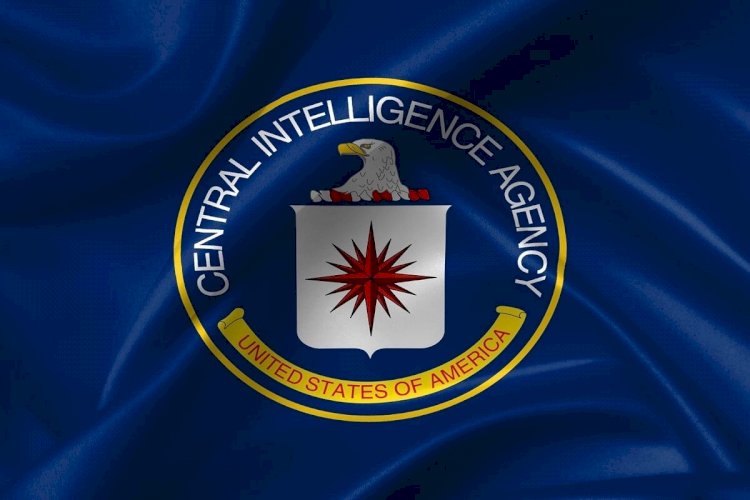 As a longtime investigative journalist and author, I have spent a good portion of my career researching corruption within U.S. intelligence agencies. I was nevertheless surprised to learn about the Central Intelligence Agency’s (CIA) central role in crafting the militarized governmental response to the COVID-19 pandemic, which Robert F. Kennedy, Jr. documents in the final chapters of his new runaway best-seller, “The Real Anthony Fauci.”

I’ve known Kennedy for more than two decades. I have interviewed him and collaborated with him on environmental articles and several books, including “Climate In Crisis.” I have great respect for his legal work and the accomplishments of his ongoing Waterkeeper Alliance. And I appreciate his dedication to alerting the public about alternative narratives related to the pandemic.

I am fully vaccinated and a believer in the efficacy of the vaccines. However, as a bedrock liberal with a deep reverence for the First Amendment and time-honored right to freedom of speech, I became alarmed that social media sites, including Instagram and YouTube, have banned Kennedy from pointing out flaws in the dominant narratives surrounding the COVID crisis.

In my view, Kennedy has been falsely vilified as an anti-vaccination disinformation “conspiracy theorist.” Blanket censorship by mainstream media seems to prohibit him from responding to such attacks.

And it disturbs me that once-idealistic liberal media outlets have devolved into apologists for the pharmaceutical industry (including its captured public health technocrats), as well as their stifling of any dissent. Why the vitriol against Kennedy, I wondered, from leading liberal news websites such as Daily Kos, The Daily Beast, and more recently, Rolling Stone?

Seeming to borrow a page from the CIA’s propaganda manuals, the liberal blogs have employed the signature trope of portraying opposition to official theology as the dangerous product of right-wing extremism.

After Kennedy gave a speech in Berlin in August 2020, The Daily Beast falsely claimed the event organizers were a “Weird Pro-QAnon German Group Behind RFK Jr.’s Latest Anti-Vaxx Stunt.”

In lockstep, Daily Kos headlined a story by one of its regular contributors, DowneastDem, “Anti-Vaxxer RFK JR. joins neo-Nazis in massive Berlin ‘Anti-Corona’ Protest.” Kennedy fought back by filing a defamation lawsuit against Daily Kos and its pseudonymous author. In fact, the Berlin “Peace and Justice Rally” had been attended by a million peaceful Europeans of every ethnicity protesting what they saw as the global imposition of totalitarian controls and seeking restoration of democracy, tolerance (the stage banner was a giant mural of Mahatma Gandhi and the MC was a Black Ghanaian), constitutional guarantees and civil rights — the opposite of Nazism.

The enmity against Kennedy has only escalated as his prominence in the resistance has grown.

“His quackery has likely killed people,” Daily Kos went so far as to assert. Another posting read: “He’s a twisted, sick individual who has made a mockery of his family’s legacy. His own family has distanced itself, calling him ‘dangerous,’ as if he has the plague, because he likely does. Maybe even more than one plague. He is, indeed, against all vaccinations.”

Anyone who has followed Kennedy’s nuanced, measured and well-informed views on the science might recognize such sophomoric characterizations as “disinformation propaganda.”

Yet the liberal metamorphosis appears so complete that Public Citizen, an advocacy group that once served as a scourge to Big Pharma, is using its tax-deductible legal assets to defend Daily Kos pro bono against Kennedy’s lawsuit. Daily Kos’ support of censoring debate about the government’s COVID countermeasures belies Public Citizen’s rationale that its passion for defending the First Amendment prompted its decision to defend Daily Kos.

So how did the Pharma cartel capture the liberal media? The abduction has been multifaceted.

In his new book, Kennedy shows how Pharma’s deployment of $9.6 billion in annual advertising expenditures allows it to dictate content in electronic and print outlets, transforming the traditionally liberal networks ABC, NBC, CBS and CNN into marketing and propaganda vehicles.

With $319 million in strategic donations, Bill Gates simultaneously gained control of so-called “independent” media outlets like NPR, public television, The Guardian and dozens of other “advertising-free” liberal news outlets that can now be used to promote a bio-security agenda generally and Gates’ vaccines in particular. This has been well-documented in publications ranging from the Los Angeles Times in 2007 to The Nation in 2020-21.

My investigation suggests that Pharma and Gates have a powerful clandestine partner that has made the medical-industrial complex’s media hegemony airtight through their apparent penetration of leading liberal online news sites. It is also well-documented, though often forgotten, that since its inception more than 70 years ago, the CIA has orchestrated news and editorial coverage in America’s most influential liberal national news organs — Washington Post, New York Times and TIME.

These outlets continue to hew faithfully to CIA theology on globalism, biosecurity, coerced vaccinations, Russiagate, a militarized foreign policy, censorship, lockdowns, vaccine passports, digitized currencies and other issues. My investigation for The Defender indicates that Kennedy’s most vitriolic critics among the liberal online journals may themselves have also fallen under the sway of the intelligence apparatus.

In “The Real Anthony Fauci,” Kennedy exposes Pharma’s alarming entanglements with the CIA, bioweapons developers, medical technocrats and the Silicon Valley robber barons. My own research has revealed that military and intelligence agencies enjoy disturbing links to the leading editors of Daily Kos, The Daily Beast and Rolling Stone that may explain why these journals have lately devolved into ideological commissars for the pharmaceutical cartel’s official orthodoxies, champions of the biosecurity paradigm and censors against critics of the biosecurity state.

Markos Moulitsas Zúñiga, the founder and public face of Daily Kos for two decades, was born in Chicago in 1971 to a Greek father and a Salvadoran mother. At the age of four, Markos’ father moved with his family to El Salvador during the brutal CIA-sponsored civil war.

The country’s feudal and homicidal oligarchy — with U.S. government assistance — was ferociously suppressing a civil rights movement by its oppressed peasantry.

The CIA’s Salvadoran project was the inaugural conflict in the agency’s notorious “War on the Poor’’ across Central America. CIA-controlled death squads and U.S.-trained Salvadoran military battalions devastated some 90,000 peasants, intellectuals, Catholic priests and nuns, students and labor leaders to fortify the positions of feudal oligarchs allied with U.S. multinationals. U.S. Sen. Chris Dodd, a contemporary critic of the CIA’s murderous role in Salvador, dismissed the Salvadoran government’s self-serving claims that it was battling Communists.