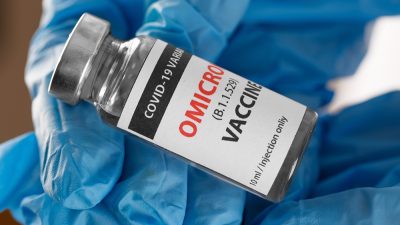 In the UK, after Government manipulation of hospitalisations and deaths to exclude more recent data, the truth is now emerging. In Scotland for August to November 2021 over 85% of deaths were in the vaccinated. Boosters are merely boosting COVID infections. Some 40,000 deaths have occurred in the USA, UK and EU following vaccination but Omicron is mild. The UK Government has manipulated the data to blame the unvaccinated but the vaccinated are at greatest risk.

It was clear from the first cases in South Africa and now in the UK and EU that the new Omicron variant of the coronavirus results in mild disease and very few deaths even “with COVID”. Indeed South African experts have advised stopping stop and trace and quarantining because most of the infected have no symptoms.

Considering the thousands of deaths and millions of injuries worldwide caused by the COVID vaccines there is very little difference between the decline in deaths between the least and most vaccinated countries.

Decline of deaths from most recent peak:

Decline of deaths from most recent peak:

Average decline in deaths for 8 most vaccinated countries: 82%

Even the Lancet has shown the vaccines do not work – as the third jab and talk of a fourth testify. To quote from the Lancet study:

VACCINATED AT GREATEST RISK OF DEATH

In the UK, after Government manipulation of hospitalisations and deaths to exclude more  recent data, the truth is now emerging. In this graph from Scotland for August to November  2021 over 85% of deaths are in the vaccinated.

An exposure of how the Government has manipulated the data to blame the unvaccinated appears here: It turns out that the source of the statement “Of the Covid patients treated in intensive care in recent months, the majority – nearly 75 per cent according to the latest data – have chosen not to be vaccinated.” was data from May to July. The data  above (from Scotland from August to November) suggests the exact opposite.

More evidence of the failure of vaccines in the face of new infections comes from the USA where one of the largest US outbreaks of the new Omicron variant to date is believed to have occurred at Cornell University in Ithaca, New York, where almost all 930 cases over the past week are believed to be of the variant.

All of the confirmed Omicron cases in the Cornell University case are among people who are fully vaccinated, and some of them are in people who’ve also had the booster.

The booster is of course more of the same in the hope that the third dose will do what the first two doses were supposed to do! And the new variant, “omicron”?

Most of the Omicron cases in the United States have been among the vaccinated, the Centers for Disease Control and Prevention (CDC) said in an update on Friday 10/12/21. Most patients have experienced mild symptoms.

Indeed it was clear from the first cases in South Africa that the new Omicron variant of the coronavirus results in mild disease, without prominent symptoms and it:

“presents mild disease with symptoms being sore muscles and tiredness for a day or two not feeling well. So far, we have detected that those infected do not suffer loss of taste or smell. They might have a slight cough. There are no prominent symptoms. Of those infected some are currently being treated at home”

– as Angelique Coetzee, the chairwoman of the South African Medical Association described it. Indeed the case fatality rate in S Africa – deaths as a proportion of cases 10 days earlier – was at the lowest level since covid started.

In the UK a mere 12 deaths have been “with” Omicron – in other words not death “from” Omicron!

The World Health Organization’s weekly epidemiological update for Dec. 7 showed that all 212 Omicron cases documented across eighteen European Union (EU) countries were either mild or asymptomatic.

“If the infectivity is greater, but the virulence or severity is less, this may be actually something good in terms of getting people immune to it without necessarily having to depend on a vaccine that’s not incredibly effective,” said Hamada.

The boosters being touted by Governments are controversial among experts. “The boosters are a perfect way to bias our immune system so we’re LESS able to respond to this new variant,” said Dr Robert Malone the inventor of the mRNA vaccine.

“This is [like] jabbing everybody with a flu vaccine from three seasons ago and expecting it to have effects against the current [flu strains].”

A top World Health Organization (WHO) official said there was “no evidence” to suggest that the vaccine booster doses would offer “greater protection” to healthy people. Dr. Mike Ryan, the WHO’s emergency director, questioned the logic of some countries trying to produce more booster doses to vaccinate anyone aged 18 and older.

“Right now, there is no evidence that I’m aware of that would suggest that boosting the entire population is going to necessarily provide any greater protection for otherwise healthy individuals against hospitalisation and death,” Ryan said.

France has even banned the Moderna booster.

New Infections on 1st October were 34,752 while on 18th December there were 90,109 new infections – an increase of 159%.Since there is a delay between vaccination and infection it is probable that that percentage increase in infections will catch up with the prior increase in vaccinations. And that further increase will lead the politician to call for more vaccinations and ruinous lockdowns!! which will in turn lead to more infections and so on ad absurdum and ad infinitum.