After four victims and multiple other witnesses laid out the case against alleged child sex trafficking mogul Ghislaine Maxwell, the prosecution rested its case.

During the testimony, details of convicted pedophile Jeffery Epstein’s “little black book” began to surface which is alleged to contain hundreds of names of clients and victims. While the details of that book will likely never be made public, as the trial unfolded prominent names were dropped including Bill Clinton, Donald Trump, Prince Andrew and others.

All rode on the lolita express.

Clinton reportedly flew on Epstein’s plane dozens of times and during the trial we learned that Epstein visited the White House while Clinton was president a whopping 17 times. Maxwell was also party to at least one of these visits. 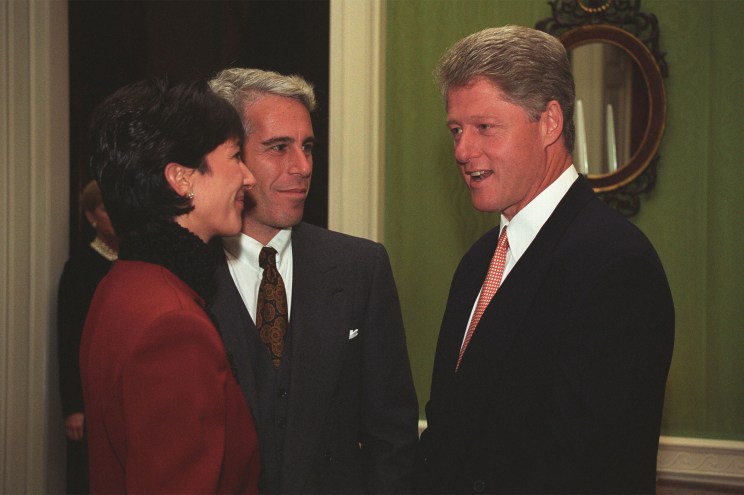 The visits to the White House happened to take place at the very time Maxwell is accused of trafficking and abusing the underage girls. Obviously, guilt by association is a fallacy and more evidence is needed to implicate Clinton in any of the abuse. However, 17 White House visits and at least 26 flights on Epstien’s “Lolita Express,” certainly does not bode well for the ex-president’s reputation — especially considering the long list of women who accused Clinton of sexual predation in the past.

The former president of the United States is a serial offender. Even during his tenure in the White House, Clinton couldn’t keep his hands to himself and was embroiled in the Monica Lewinsky scandal in which he used his authority as POTUS to engage in sexual relations with the 22-year-old intern. But that was only the beginning.

Clinton has faced charges of sexual impropriety, assault and even rape from several other women, including Paula Jones, Gennifer Flowers, Kathleen Willey and Juanita Broderick.

But perhaps the worst of this man’s history involves his relationship with Epstein as we have been learning.

On top of Epstein, however, Clinton is also good friends with other known pedophiles. As TFTP reported, photos were leaked in 2018 showing Clinton partying with a rather unscrupulous individual at an elite island resort in Punta Cana who is tied to both the Clintons, Donald Trump—and pedophilia.

The man in the photographs was a regular visitor to the White House and former associate of White House adviser and ex-presidential son-in-law Jared Kushner. His name is George Nader.

Nader was indicted in 1985 on charges of importing to the United States obscene material, including photos of nude boys “engaged in a variety of sexual acts,” according to publicly available court records.

You cannot make this up. However, according to a recent piece in The Atlantic, it is all made up and “fake.”

During one of the most historical child sex trafficking cases of our time, The Atlantic runs an incredibly tone deaf piece titled, “The Great (FAKE) Child Sex-Trafficking Epidemic.”

The piece is a long-form thorough debunking of wild conspiracy theories put out by Q-Anon and the like. Filled with facts about actual snatch and grab kidnapping and missing children, the piece is essentially a red herring that goes after 4chan garbage and tinfoil nonsense — while ignoring the very real problem of American child sex trafficking.