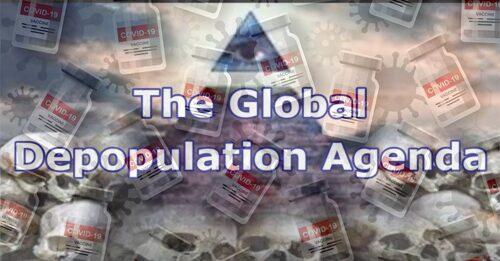 The following headline links of stories from across the world and internet the last few days speak volumes.:

Germans will be ‘vaccinated, cured or dead’…

5% of Federal Workers Not Complying With Biden Mandate?

With those last two stories, from the Wall Street Journal and MSN, painting a gloomy picture for America as Thanksgiving arrives and the cold weather rushes in, a picture of skyrocketing COVID cases, hospitalizations and deaths, we note that all of these illnesses and deaths are ‘coming to America‘ when America is more ‘vaxxed’ than we’ve ever been, with reports that 58% of Americans are now fully vaxxed. So how’s that ‘vaccine’ working out for them?

In fact, with reports now coming out of the UK, which used official UK govt information and documentation which confirmed that vaccinated English adults under 60 are dying at twice the rate of unvaccinated people the same age, one might be forgiven for being alarmed that the Australian Army has begun transferring COVID-positive cases, AND their contacts, to ‘quarantine camps’.

Another sign of what’s coming to America in the days ahead as more and more Americans resist ‘the vax‘? In the next section of this story below, we’ll take a look at the glorious bombshell Virginia’s new incoming Lt. Gov. Winsome Sears just dropped on CNN and Dana Bash about ‘vaccines’ and ‘vaccine mandates’.

While most US politicians are bending over for the ‘big pharma mafia’ and pushing their vax which may bring an avalanche of neurological diseases, Winsome Sears was having nothing of it.

As we’d reported on ANP back on November 7th in this story titled “This Photograph Giving Democrats Nightmares Symbolizes An ‘Awakening Of The Sleeping Giant’ In America And A Need To Double Down On Our Efforts To Seize America Back From Tyranny”, US Marine Sears had set liberals hair on fire prior to her stunning election win in Virginia with campaign photos of her at a shooting range, fully armed. And now, as this story over at The Liberty Daily points out, Sears is once again driving the left and CNN insane. From that story before we continue.

In a gross violation of medical privacy, CNN Fake News host Dana Bash had the gall, on Sunday, to ask newly-elected Winsome Sears, the first black female Lieutenant Governor in Virginia history, whether she had taken the risky and sometimes ineffective Covid “vaccine”, an experimental shot that does not stop the spread of the Covid virus, does not stop infection by the virus, and an injection that sometimes has deadly side effects (ask Hank Aaron, Marvin Hagler).

Sears’s answer seemed to shock Bash, who badly needed a lesson about the “slippery slopes” of medical tyranny:

“As I said, America, if it’s nothing else, it’s about liberty. It’s about being able to live your life free from the government telling you what to do.

And so, we understand this thing about slippery slopes. The minute that I start telling you about my vaccine status, we’re gonna to be down the bottom of the mountain trying to figure out how we got there because now you want to know what’s in my DNA. You’re going to want to know this, that, and the other.

In New York, you see, we have people, waiters,! waiters! asking people their vaccination status. And, by the way, do you know what else they require? A photo I.D. to determine if this vaccine card you’re presenting is really you.

Who are we fooling? Come on.

I understand it might be the minuscule. But when you’re the one out of 30,000 that gets it, it’s important to you. So we need to tell the good, the bad, and the ugly about the vaccine.”

Having the courage to point out not only the many adverse effects that people are having from the vax but how forced vaxxes ARE tyranny, while taking a shot at the Democrats in the 2020 election as well with the photo ID card remark, America and the world could use a lot more politicians like Winsome Sears! 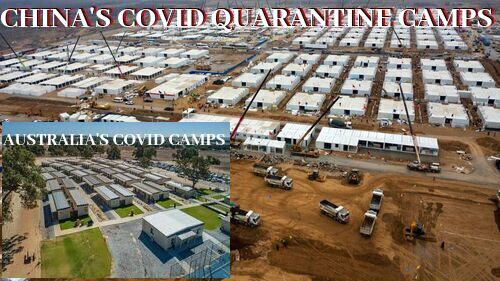 Especially now with politicians such as Hungary’s Prime Minister Viktor Orban recently claiming citizens of Hungary in the near future will have to face a choice, ‘vaccination or death’. Yet the vax definitely IS NOT stopping people from getting COVID, transmitting it to others, nor dying.

As the NWO Report had gotten out to the world in this November 22nd story, Josée Forest-Niesing, a 56-year-old lawyer and Ontario politician, recently died shortly after being hospitalized with COVID. Fully vaccinated, Niesing still suggested Canadians get the vax, though it didn’t stop COVID from killing her.

And as Global Research had just reported in this story titled “Reap What You Sow? Doctors Dropping in Deaths Described as “Died Unexpectedly” and “Died Suddenly” Since Mid-October”, more and more people, and MD’s at that, are just ‘dropping mysteriously dead’, though the msm will never tell us it was from ‘the vax’.

And as The Independent Side had reported in this November 5th story, over in Europe, 75 European Fully Vaccinated Athletes Have Died or Became Seriously Ill From “Sudden” Heart Attacks In the Past 5 Months. Should we believe that all of those mysterious deaths are just ‘coincidences’?

So with global governments now pushing full scale medical tyranny, with any government mandating forced vaccinations being the very definition of tyranny if we can’t control what is put inside of our body but government can, the fact that all of this is happening as more and more signs of ‘vaccine failure’ keep emerging.

And with even Virginia’s new Lt. Gov. Winsome Sears warning of the slippery slope that America is on, and FEMA-style ‘quarantine camps‘ being built in Australia, China and elsewhere another huge sign of what is coming to America if we keep on traveling down the road we’re now on, we should keep our eyes on what is happening in Europe, Australia and elsewhere overseas where we’re already witnessing people fighting back against what they perceive to be growing medical tyranny, those people having nowhere near as many guns as the American people do. We pray Americans never needs to use the 2nd Amendment for its original intention.