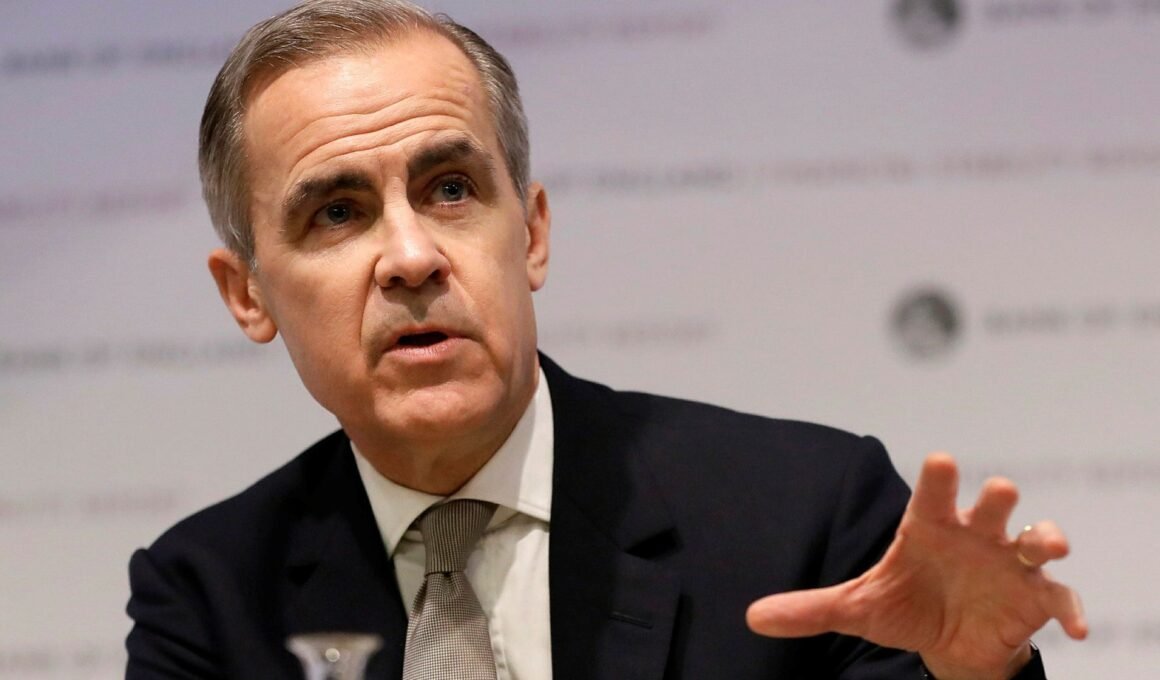 The most powerful private financial interests in the world, under the cover of COP26, have developed a plan to transform the global financial system by fusing with institutions like the World Bank and using them to further erode national sovereignty in the developing world.

On Wednesday, an “industry-led and UN-convened” alliance of private banking and financial institutions announced plans at the COP26 conference to overhaul the role of global and regional financial institutions, including the World Bank and IMF, as part of a broader plan to “transform” the global financial system. The officially stated purpose of this proposed overhaul, per alliance members, is to promote the transition to a “Net-Zero” economy.

However, the group’s proposed “reimagining” of international financial institutions (IFIs), according to their recently published “progress report”, would also move to merge these institutions with the private banking interests that compose the alliance; create a new system of “global financial governance”; and erode national sovereignty among developing countries by forcing them to establish business environments deemed “friendly” to the interests of alliance members. In other words, the powerful banking interests that compose this group are pushing to recreate the entire global financial system for their benefit under the guise of promoting sustainability.

This alliance, called the Glasgow Financial Alliance for Net Zero (GFANZ), was launched in April by John Kerry, US Special Presidential Envoy for Climate Change; Janet Yellen, US Secretary of the Treasury and former chair of the Federal Reserve; and Mark Carney, the UN Special Envoy for Climate Action and Finance and former chair of the Bank of England and Bank of Canada. Carney, who is also the UK Prime Minister’s Finance Advisor for the COP26 conference, currently co-chairs the alliance with US billionaire and former Mayor of New York City, Michael Bloomberg.

Upon its creation, GFANZ stated that it would “provide a forum for strategic coordination among the leadership of finance institutions from across the finance sector to accelerate the transition to a net zero economy” and “mobilize the trillions of dollars necessary” to accomplish the group’s zero emissions goals. At the time of the alliance’s launch, UK Prime Minister Boris Johnson described GFANZ as “uniting the world’s banks and financial institutions behind the global transition to net zero” while John Kerry noted that “the largest financial players in the world recognize energy transition represents a vast commercial opportunity.” In analyzing those two statements together, it seems clear that GFANZ has united the world’s most powerful private banks and financial institutions behind what they see as, first and foremost, “a vast commercial opportunity”, their exploitation of which they are marketing as a “planetary imperative.”

GFANZ is composed of several “subsector alliances”, including the Net Zero Asset Managers Initiative (NZAM), the Net Zero Asset Owner Alliance (NZAOA), and the Net Zero Banking Alliance (NZBA). Together, they command a formidable part of global private banking and finance interests, with the NZBA alone currently representing 43% of all global banking assets. However, the “largest financial players” who dominate GFANZ include the CEOs of BlackRock, Citi, Bank of America, Banco Santander and HSBC, as well as David Schwimmer, CEO of the London Stock Exchange Group and Nili Gilbert, Chair of the Investment Committee of the David Rockefeller Fund.

Notably, another Rockefeller-connected entity, the Rockefeller Foundation, recently played a pivotal role in the creation of Natural Asset Corporations (NACs) in September. These NACs seek to create a new asset class that would put the natural world, as well as the ecological processes that underpin all life, up for sale under the guise of “protecting” them. Principals of GFANZ, including BlackRock’s Larry Fink, have long been enthusiastic about the prospects of NACs and other related efforts to financialize the natural world and he has also played a key role in marketing said financialization as necessary to combat climate change.

As part of COP26, GFANZ – a key group at that conference – is publishing a plan aimed at scaling “private capital flows to emerging and developing economies.” Per the alliance’s press release, this plan focuses on “the development of country platforms to connect the now enormous private capital committed to net zero with country projects, scaling blended finance through MDBs [multilateral development banks] and developing high integrity, credible global carbon markets.” The press release notes that this “enormous private capital” is money that alliance members seek to invest in emerging and developing countries, estimated at over $130 trillion, and that – in order to deploy these trillions in invest – “the global financial system is being transformed” by this very alliance in coordination with the group that convened them, the United Nations.

Details of GFANZ’s plan to deploy trillions of member investments into emerging markets and developing countries was published in the alliance’s inaugural “Progress Report”, the release of which was timed to coincide with the COP26 conference. The report details the alliance’s “near-term work plan and ambitions,” which the alliance succinctly summarizes as a “program of work to transform the financial system.”

The report notes that the alliance has moved from the “commitment” stage to the “engagement” stage, with the main focus of the engagement stage being the “mobilization of private capital into emerging markets and developing countries through private-sector leadership and public-private collaboration.” In doing so, per the report, GFANZ seeks to create “an international financial architecture” that will increase levels of private investment from alliance members in those economies. Their main objectives in this regard revolve around the creation of “ambitious country platforms” and increased collaboration between MDBs and the private financial sector.

Per GFANZ, a “country platform” is defined as a mechanism that convenes and aligns “stakeholders”, i.e. a mechanism for public-private partnership/stakeholder capitalism, “around a specific issue or geography”. Examples offered include Mike Bloomberg’s Climate Finance Leadership Initiative (CFLI), which is partnered with Goldman Sachs and HSBC, among other private-sector institutions. While framed as being driven by “stakeholders,” existing examples of “country platforms” offered by the GFANZ are either private-sector led initiatives, like the CFLI, or public-private partnerships that are dominated by powerful multinational corporations and billionaires. As recently explained by journalist and researcher Iain Davis, these “stakeholder capitalism” mechanism models – despite being presented as offering a “more responsible” form of capitalism – instead allow corporations and private entities to participate in forming the regulations that govern their own markets and giving them a greatly increased role in political decision-making by placing them on equal footing with national governments. It is essentially a creative way of marketing “corporatism,” the definition of fascism infamously supplied by Italian dictator Benito Mussolini.

In addition to the creation of “corporatist” “country platforms” that focus on specific areas and/or issues in the developing world, GFANZ aims to also further “corporatize” multilateral development banks (MDBs) and development finance institutions (DFIs) in order to better fulfill the investment goals of alliance members. Per the alliance, this is described as increasing “MBD-private sector collaboration.” The GFANZ report notes that “MDBs play a critical role in helping to grow investment flows” in the developing world. MDBs, like the World Bank, have long been criticized for accomplishing this task by trapping developing nations in debt and then using that debt to force those nations to deregulate markets (specifically financial markets), privatize state assets and implement unpopular austerity policies. The GFANZ report makes it clear that the alliance now seeks to use these same, controversial tactics of MDBs by forcing even greater deregulation on developing countries to facilitate “green” investments from alliance members.

The report explicitly states that MDBs should be used to prompt developing nations “to create the right high-level, cross-cutting enabling environments” for alliance members’ investments in those nations. The significantly greater levels of private capital investment, which are needed to reach Net-Zero per GFANZ, require that MDBs are used to prompt developing nations to “establish investment-friendly business environments; a replicable framework for deploying private capital investments; and pipelines of bankable investment opportunities.” GFANZ then notes that “private capital and investment will flow to these projects if governments and policymakers create the appropriate conditions”, i.e. enabling environments for private-sector investments.

In other words, through the proposed increase in private-sector involvement in MDBs, like the World Bank and regional development banks, alliance members seek to use MDBs to globally impose massive and extensive deregulation on developing countries by using the decarbonization push as justification. No longer must MDBs entrap developing nations in debt to force policies that benefit foreign and multinational private-sector entities, as climate change-related justifications can now be used for the same ends.