Over the summer, as Florida and other southern states experienced the seasonal and entirely predictable surge of coronavirus cases, the media took to raking Florida Governor Ron DeSantis and Texas Governor Greg Abbott over the coals for refusing to turn their states into COVID prison camps. They were called “covidiots” for standing up for the rights of their people and the seasonal surge used to bolster questionable claims that mandates are needed to control the virus.

Fast forward to now and as the North Temperate section of the country is seeing their seasonal spike, Florida, Texas, and the other “covidiots” in the south are looking pretty good — in spite of Team Doom claiming the lack of mandates was going to result in a blood bath.

Not only is Florida not a blood bath, but the “covidiots” in that state — without mandating masks, lockdowns and jabs — have just reported the lowest daily coronavirus case count per capita in the entire nation.

How is this possible? Florida is supposed to be a “blood bath” because they don’t mandate masks and pokes, and refused to lockdown! What kind of sorcery is this? https://t.co/Ye4px4ccPi?

To those who have been following the actual science and not the mass hysteria in the mainstream media, they have known for some time that covid appears to be seasonal. This is now being admitted by the mainstream and it makes the case for mandates and lockdowns even worse.

As folks watch places like Sweden — who refused to lockdown since the beginning — go back to normal without turning their country into a police state, they begin to look at the tyrant class and their unscientific mandates as the enemy.

A city in California — one of the most tyrannical states in the country in regard to covid — has apparently had enough of the nonsense. A town in Northern California has declared independence from the state and has made itself a “constitutional republic” in response to the unscientific mandates and lockdowns which their politicians have been caught frequently violating.

“Any executive orders issued by the State of California or by the United States federal government that are overreaching or clearly violate our constitutionally protected rights will not be enforced by the City of Oroville against its citizens,” read the declaration passed this month by the City Council.

“Power corrupts. Absolute power corrupts,” Mayor Chuck Reynolds said of the resolution passed earlier this month. “A constitutional republic makes America a successful nation. Rights are by the people, for the people.”

The resolution was in response to forced vaccinations, vaccine passports, lockdowns and other mandates in the state. Councilor Scott Thomson, a proponent of the resolution said he’s not anti-vaccine but noted that the state has no business forcing children to take the jab.

“Now that the mandates have gone from not just putting something on the outside of your body or modifying how you run your business, but now shoving something inside your body that nobody knows the long-term effects of, that’s just like, OK, now you’re, in my opinion, crossing the line,” Thomson said.

“Every entity should stand up. Silence is compliance,” Thomson said. 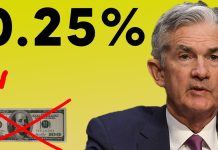