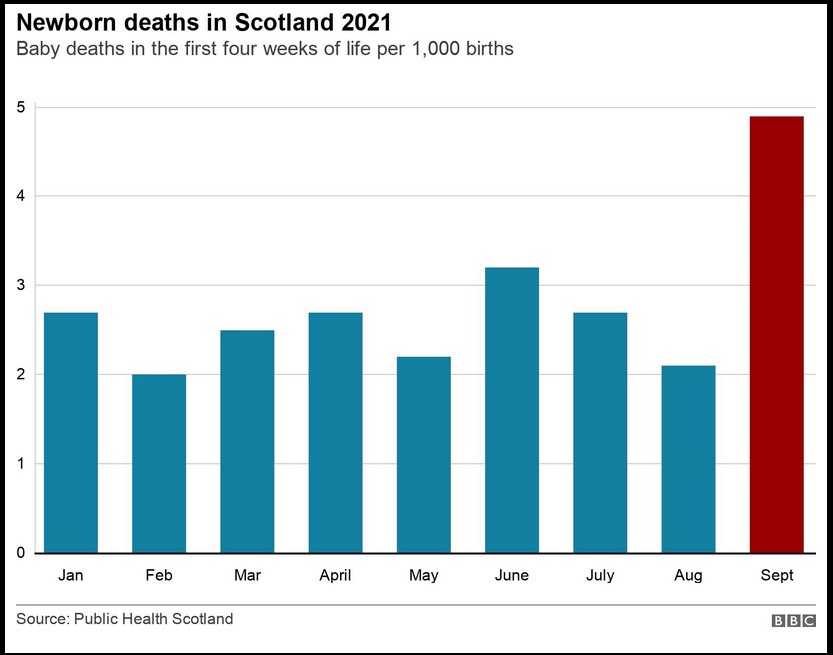 Something troubling is happening in Scotland.  At least 21 babies under four weeks old died in September, a rate of 4.9 per 1,000 births.  The former average was 2.1 deaths per 1,000 births.  The nationalized health service tracks records, because everyone is on the same system; that’s why when an internal alarm is triggered by the data as it rolls in, they stop and look immediately.  Public Health Scotland says:

“Exceeding the upper control limit indicates there is a higher likelihood that there are factors beyond random variation that may have contributed to the number of deaths.”