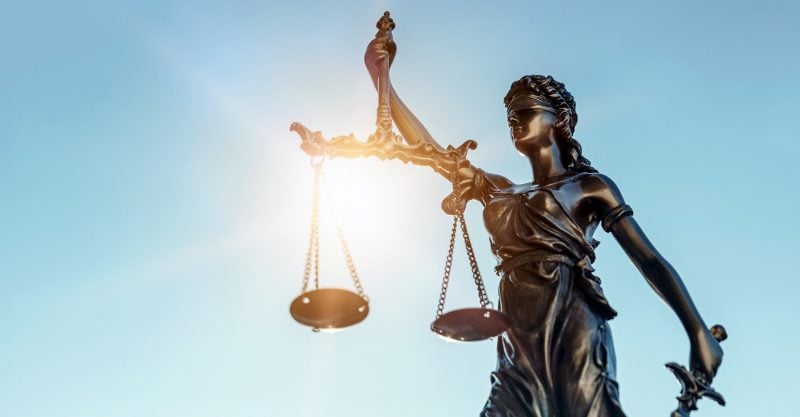 The disposition of the Boeing manslaughtering of 346 trusting passengers and crew in the 737 MAX crashes (Indonesia, 2018 and Ethiopia, 2019) further weakens the system of tort law and individual pursuits of justice after wrongful deaths.

He approved the stipulation a day earlier, without comment, that, among other surrenders, took away the right to argue punitive damages for Boeing’s admitted criminal conduct, stopped the discovery and depositions of the most culpable top executives and set the stage for mediation to reduce the number of trials for compensatory damage to a very few of the 156 wronged families.

These mothers and fathers, sisters and brothers lost their loved ones when a stealth software, unknown to the pilots, seized control of the 737 MAX planes and drove them down at 550 mph into smithereens.

“Consolidated cases” like those of the 737 MAX disasters are not class actions. They are individual lawsuits from around the country brought together in one court for convenience and alleged efficiencies.

Before plaintiffs are informed fully, they find themselves swept into one global deal after closed-door negotiations that unite both the corporate defendants and lawyers for the plaintiffs into one settlement framework.

As these cases of corporate violence increase (think the opiates of the Purdue Pharmaceutical Company/Sackler Family and the transvaginal mesh cases), the company executives escape fines, admissions and often are promoted or let go with huge multi-million-dollar severance payments.

Meanwhile, the company pays insurable and deductible monetary damages. The great majority of such cases are not tried in court before a jury. All are under a secrecy order covering up all discovered materials, testimonies, ad infinitum. Deterrence and public disclosure — two important purposes of tort law — are lost.

While the compensation, according to leading plaintiff lawyer, Shanin Specter, is far less in a global deal than what could be achieved by the pursuit of individual lawsuits. (See article: Plaintiffs lawyer rips colleagues over multidistrict litigation fees, pressure tactics by Daniel Fisher, Dec. 11, 2020).

Year after year, these deteriorating practices, choreographed by law firms such as Perkins Coie and Winston & Strawn, get more dictatorial and more secret.

Corporate perpetrators are exonerated and their interests preserved. The plaintiffs’ interests in punishment and public disclosures of the crimes for all the world to see are undermined or destroyed.

Until the 1970s, according to trial lawyer James C. Sturdevant, depositions were publicly filed on completion, and plaintiff attorneys did not enter into overreaching “protective orders” shrouded in extreme secrecy, that often exclude review by the wrongfully injured or next of kin plaintiffs themselves.

This is only one example of the inside shredding of the tort law system that evolved over the centuries from medieval England to serve the just interests of the aggrieved. Our U.S. Constitution’s seventh amendment guarantees a right to trial by jury.

In recent decades, notwithstanding millions of wrongfully injured people, there has been a very sharp decline in civil jury trials, leading to articles titled “the vanishing jury trial.”

This is just what the scheming corporate attorneys have been promoting with the tempted plaintiff attorneys growing accustomed to “sue and settle,” in the pejorative phrase of the remaining courageous trial lawyers.

The direct assaults on the Tort system since about 1980 have come from state legislators — indentured to corporate campaign cash — passing bills severely restricting plaintiffs’ rights.

These include caps on damages for the most severe wrongful injuries (e.g., California’s notorious MICRA [Medical Injury Compensation Reform Act] Law limiting damages for serious medical malpractice to $250,000 for a lifetime of pain and suffering — see more on MICRA at ConsumerWatchdog.org).

Other destructions of access to justice are limiting tort liabilities for corporations such as those operating atomic power plants and outright immunities for companies favored by Congress (such as the manufacturers of vaccines).

The list of obstructions to a wronged plaintiff’s right to his or her day in court is long and cruel.

Another assault on the right of people to use tort law affects everybody who signs those fine print contracts that sometimes extend into dozens of pages. Airbnb ties up homeowners with a fine print contract peonage totaling over 160 pages.

This contract servitude keeps getting more brazen by these dictatorial corporations — almost none of whose contract terms and conditions competitively differ from one to another.

People are forced to give up charging defendants with liability for wrongdoing and to accept prohibitions on the right to a jury trial. These and other handcuffs herd citizens into private compulsory arbitration, favoring the company, in cases of any dispute.

Because we don’t study at all in high school and college these two great pillars of freedom — the citizen laws of torts and contracts — most Americans have little idea of what they are being stripped of by autocratic companies and their law firms.

Ideally, you should have the right to freely negotiate contracts you enter into with vendors. Ideally, should you be wrongfully injured, you should be free to retain a contingent fee attorney (paying only if there is a recovery) and have your full day in court without all kinds of corporate-bred rules to bend the contest in their favor.