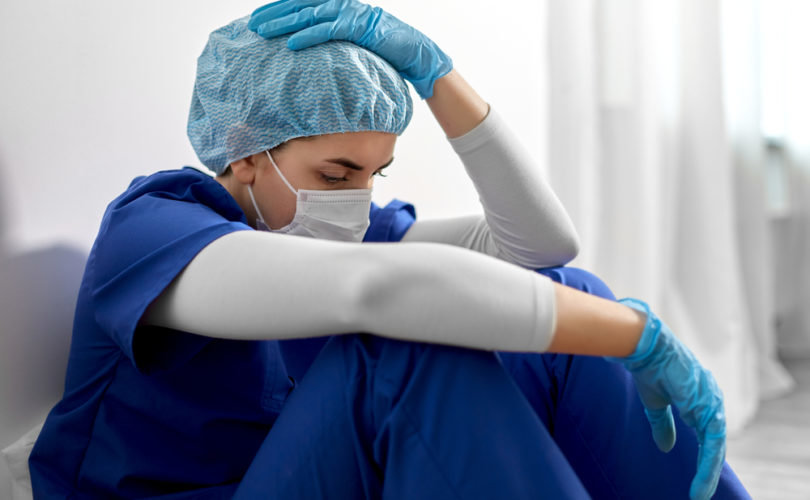 Deborah Conrad is a physician assistant who worked at United Memorial Medical Center in New York for about 17 years.

Physician assistant Deborah Conrad said on a podcast that when she saw a flood of COVID-19 vaccine adverse events in the ER where she worked, she was told not to report them to VAERS, the U.S. government’s official Vaccine Adverse Event Reporting System.

Deborah Conrad is a physician assistant who worked at United Memorial Medical Center in New York for about 17 years.

Conrad appeared on The Sharyl Attkisson Podcast and shared her story of what she went through as the COVID shot was rolled out at the hospital she worked at for over a decade.

Conrad said she saw “heart attacks, cardiomyopathies, arrhythmias of the heart, blood clots, [and] pulmonary emboli” in January and February in patients who had taken the shot at the outset of the vaccine roll-out.

In her role as a physician assistant, Conrad would report the incidents to VAERS. At first, she saw “just a few patients” with what might have been adverse events related to the COVID jab. Then she noticed “all these people coming in,” so she started notifying her “administrative leaders of what was going on.”

She told the podcast host that the administration “didn’t really feel there was a whole lot to worry about.” Eventually, “the emergency room started catching on” to the rise in post-vaccine patients, and her colleagues started “giving [her] patients to report.”

The health care veteran brought further concerns to her administration who told her she was “overreporting,” as it was their impression that what looked like vaccine injuries were not in fact caused by the vaccine.