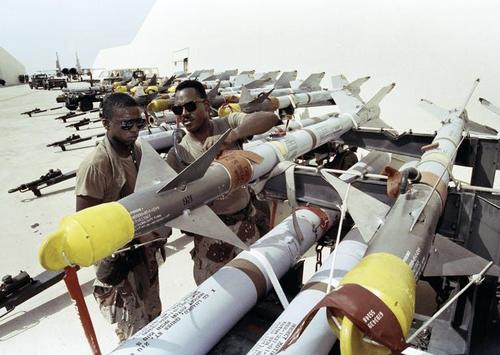 (Antiwar) — The US supports nearly 75% of the world’s dictators, autocracies, monarchies, military regimes, etc., with weapons, military training and money. Please remember this the next time someone tells you the US should do X or Y because such and such a nation is bad…

Comparing Freedom House’s list of Not Free nations* to FY 2020 US overseas weapons sales, military training and financial assistance**, we find that of the 57 nations considered undemocratic, 42 receive weapons, training and/or money for their military and security services. This means 74% of the non-democratic nations of the world are supported militarily by the US. Interestingly, the remaining 15 nations are nearly all sanctioned.

The world’s countries can be divided into two parts: those who buy/receive weapons from the US and those sanctioned. It seems like it’s a pretty simple arrangement.

74% is a slight increase from four years ago when Rich Whitney at Truthout utilized the Freedom House list and compared it to FY 2015 military assistance data. It is likely no surprise to anyone that US support for non-democratic governments increased under President Trump, but, to be fair, it was a minor increase. The hypocrisy and dissonance between stated US support for democracy, liberty and freedom, and how the US government conducts itself exists whether a Democrat or Republican is in the White House.

The list of nations is below. I have listed occupied territories with the nations that are occupying them; so, Gaza and West Bank are under Israel, Western Sahara is under Morocco, Tibet is under China, and Donbas and Crimea are under Russia. Also, please note, this list only includes nations not considered democracies. Nations that are listed as partly free or free by Freedom House, but are clear and gross violators of human rights, and that are recipients of US weapons, military training and military assistance funding, like Columbia, Honduras, India, Pakistan, Philippines, and Ukraine are not included.

*This is not an endorsement of Freedom House or its methodology. However, Freedom House is an excellent source for this purpose as no one will accuse Freedom House of being anti-American, pacifist or isolationist in their ideology, leftist or libertarian in their political leanings, non-believers in American Exceptionalism, etc.