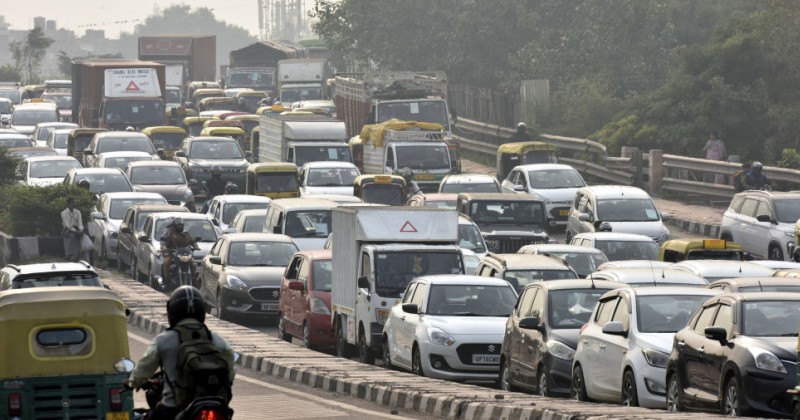 Nonessential travel banned as tens of millions told to work from home.

While the media declares the notion of ‘climate lockdowns’ to be a fake news “conspiracy theory,” India is preparing to impose a climate lockdown to reduce pollution.

NPR reports the details of the lockdown under the headline ‘New Delhi’s air pollution is so bad, officials are calling for a citywide lockdown’.

“India’s Supreme Court is calling for a lockdown in the capital, New Delhi. It’s because of a health emergency, but it’s not about COVID-19. It’s about air pollution,” states the piece.

Authorities are set to ban all nonessential travel on roads in the national capital region while ordering tens of millions of people to work from home.

Construction sites are also closing along with schools, many of which only recently opened after the COVID-19 lockdown.

Air pollution has gotten so bad in New Delhi that India’s Supreme Court is calling for a citywide lockdown.

Schools in the area are already closed this week.https://t.co/jUUObASuSI

The announcement is timed perfectly given that UK broadcaster Sky News just published a lengthy article claiming that ‘climate lockdowns’ are a fake news conspiracy theory invented by COVID-19 deniers.

“The most common green conspiracy is the claim of an upcoming “climate lockdown”, where countries will be locked down for long periods to meet climate change targets,” states the article, labeling the idea a “”fake theory.”

The article quotes Callum Hood, from the Center for Countering Digital Hate, who says conspiracy theorists are pushing the false idea of climate lockdowns as a means of “justifying their conspiracy theories about the COVID pandemic.”

“As many COVID restrictions are lifted, some of these groups are instead claiming that ‘climate lockdowns’ will be used to achieve the same goals,” said Hood.