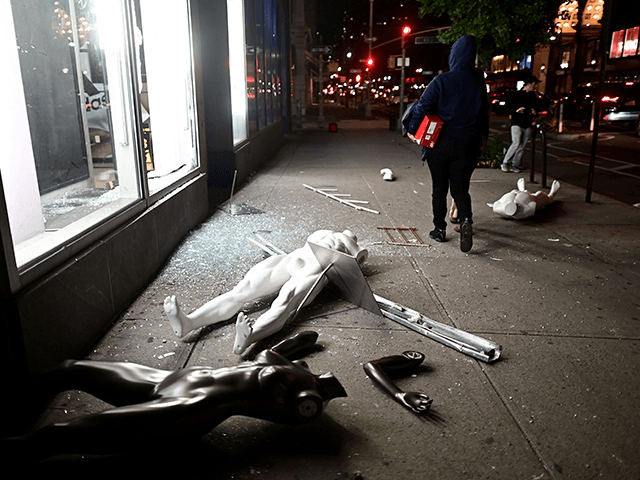 A Sunglass Hut at the Del Monte shopping center in Monterey, California, was hit by a group of four on Friday, who stole an estimated $30,000 in sunglasses, police confirmed to KSBW.

Store Manager Shauna Weirich said the bandits were in and out within two minutes.

The same day, a group of eight between the ages of 15 and 20, stole crowbars, hammers, and other tools from a Lakewood, California, Home Depot, according to Fox 11, citing the Los Angeles County Sheriff’s Department. They made off with an estimated $400 in tools.

“We tried to stop them,” Home Depot employee Luis Romo told FOX 11. “We closed the front entrance and they put their sledgehammers up and whoever got in the way, they were going to hurt them.”

Around 9 p.m. Friday, officers with the Beverly Hills Police Department spotted several vehicles with no license plates near Beverly Dr. and Dayton Way. Thy [sic] conducted a traffic stop on one of the vehicles; the four occupants were taken into custody.

They were booked at the Lakewood Sheriff’s Station and items among the alleged stolen property were recovered, Lakewood city officials said Saturday.

Crimes were not isolated to the Golden State. Two mobs of looters ransacked multiple Best Buys in metro Minnesota on Friday night, according to the Star Tribune.

Both of the ransackings took place shortly after 8:00 p.m. Police say a mob of 20 to 30 people rampaged through the Burnsville Best Buy, while a group of ten to 12 that included both juveniles and adults hit the Maplewood store, according to the Star Tribune.