by William Hurt, The Burning Platform: 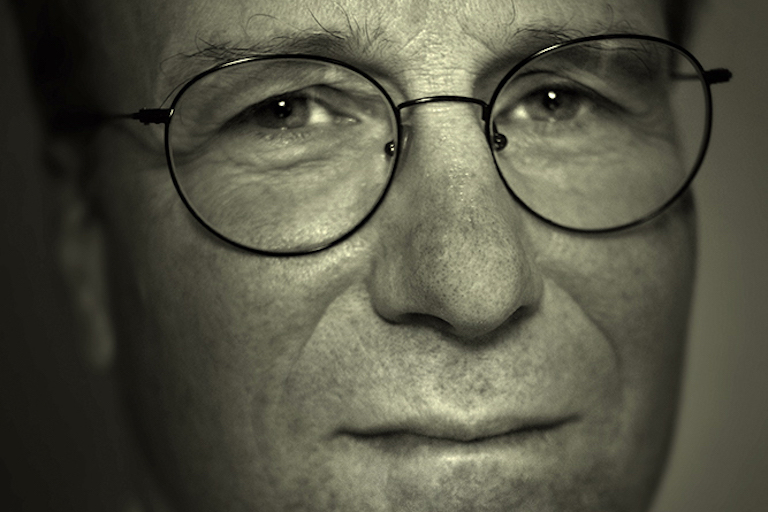 I watched the South Tower “top off” in ’71. Mom had worked close to the Empire State Building during the War and would mention when we were growing up how, on a foggy July day in 1945, a B-25 had flown right into it. In ’78, I was watching the antenna being attached to the North Tower and remarked to my first-grade buddy that somebody “sure could run into those big things.”

Many veteran New Yorkers were rubbed the wrong way by their design. Manhattan is actually a small piece of real estate. Interwoven neighborhoods. People walk there. Shoulder to shoulder. I tended to stay far away from them even though I worked in a little theatre only 15 or so blocks away for 12 years.

At age 51, I permanently moved away with my younger sons two weeks before September 11, 2001. The towers were indelible reference points to me by then. To all of us.

On the day of the attack, I was in Boston with my eldest in a café having breakfast, with the pickup parked and packed, ready to go to Montreal for a gig. There was a little TV hung to the molding of a wall. Someone said, “Look.”

Being a general aviation pilot, my first thought was, “That’s no small plane. And no accident.” My next thought was of family and close friends. We called and, thank goodness, they were all okay. My third thought was about the borders. I assumed the borders would be closed immediately. I had a contract in Montreal to get to that day. I prayed that they would stay closed so that my contract wouldn’t force me to go to Canada only for the borders to be closed again, leaving me stranded from my kids.

Then the second plane hit. I started thinking about those lost. The massiveness. A completely new kind of shock entered my life. I hoped with all my heart that the first responders would be okay. Then the towers fell. And the world changed.

Unbelievably, the border did open up again the very next day. I was floored. The contract said I had to go. I hugged my kid and drove, shattered.

In my case, the journey toward understanding started with an unusual emotional experience. Ten days later, on the film set in Montreal, it seemed a nightmare that no one was stopping, even on their own, let alone as a group, to absorb this paradigm shift. Where was the ritual of mutual care when something massively terrible happens? I felt alone. A catastrophe of infinite meaning had taken place, and we were routinely going about our professional duties, saying nothing about it. Maybe it was just too big. Moviemaking is myopic like that. But it seemed wrong. Deep emotional turmoil filled me. Worry for my children.

It was a busy scene involving over a hundred people. As I returned to what they call “start marks” for another “master shot” (of the whole scene before tighter “coverage” setups begin), I stopped. And I suddenly couldn’t remember where I was. What city was I in?

Then my body just “went” to New York. It was “there,” floating high up inside one of the imploding towers. I was trying to catch the falling bodies in my arms. Trying to pick them from out of everything and grab them to my chest to save them, but everything was passing through me — the immense pieces of concrete and superstructure mingled with the bodies of my fellows. I couldn’t catch them. They went through my arms. Everything did. I was what they call “losing it.”

They led me to a trailer outside. Some caring people came to talk to me for a little while. The administration wanted to get the set back to work. One person, a fellow actor, seemed to understand. She recognized that I was going into deep shock.

I left the set and they sent a doctor. Someone wrote “possible TIA” (transient ischemic attack) on a piece of paper. But months later, after scans, that was completely ruled out. What happened was not a physical problem.

For me, the overriding fact was supremely simple. It was that, to my knowledge, big buildings just couldn’t fall down that way, under any circumstances. It had never happened because, well, it couldn’t happen. I kept finding myself saying to others, “But, look, buildings like that can’t pulverize to dust in mid-air and just fall down smack straight into their own socks.” No building constructed anything like them in the history of the whole world had ever fallen down like those buildings fell, except for one cause. In earlier days, I’d done some light construction work. I’d seen a couple of smaller things (like big silos) brought down. It was a kick. I asked how it was done. The answer? “Very, very carefully.”

A day later I was back at work. Another week later, and by sheer coincidence, there we were, filming on location in NYC. Prior to 9/11, a reservation had been made for us to stay at a hotel 12 blocks north of Ground Zero. I asked the young elevator man as we first went up to the room if he’d lost anyone close. Surprised and instantly in tears, he said, “My uncle. He was the window-washing machines overseer. Never missed a day.” Off my room, there was a patio. I could look down the avenue and see the site, smoldering in the night lights. In horror, I knew what it was partly made of. We all did. What I didn’t know at that time: Thermite keeps burning a long time. At night, I’d go down. They let me through the barriers because I was recognized. I’d talk to and hug the first responders.

It never left me.
The discrepancy.
The difference between the story we were told to believe and its impossibility.

I felt alone until 2013. Then I couldn’t stand it anymore, and I started digging. Digging for truth in the rubble of the official lie, then in another heavier layer of rubble that lay in my own mind, installed there by our mass media.

It took a while but, finally, I found pieces of evidence online. Mixed in among all the nonsense, there was sane and reasoned evidence. One of the sources, the strongest one by far, a source supported by thousands of responsible, honest, honorable, grounded, normal, respectful people — professional architects and engineers all around the world — was Architects & Engineers for 9/11 Truth. An amazing act of courage and compassion meets us there when we can bring ourselves to seek the answers.