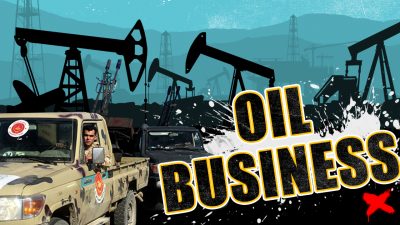 According to Edgar Ocampo, every year, the world engulfs half of the reserves of a major oil country (Mexico) and given that alternative energies still need huge subsidies to be viable in developing countries, the practice of fracking (kind of a universal panacea that will solve humanity’s energy problems) is still incipient and raises environmental concerns and the inertia of oil assets will not allow large companies to abandon their current equipment and infrastructure, it follows that the world economy will continue to weigh on the dependence on oil in the next decade.

However, the current collapse of post-pandemic merchandise traffic and the brutal rise in energy and fuel prices could end up weighing down the incipient and fragile global economic recovery and lead to scenarios of secular economic stagnation (secular stagnation), since the phenomenon of economic globalization has ensured that all rational elements of the economy are interrelated with each other due to the consolidation of oligopolies, technological convergence and tacit corporate agreements.

According to the Association for the Study of Oil and Gas (ASPO), the world production of conventional crude oil has already begun its decline, a phenomenon that is explained through the methods of analysis of the geologist King Hubbert on the oil production of the the United States, a method known as the “Hubbert curve” who calculated in 1956 with extraordinary precision the date when the United States could not produce more oil in a conventional way even if more wells were drilled. Thus, conventional oil production in the US reached its maximum level in 1970 and then began to decline, having to import almost double the total crude produced in that country in 2005 until the appearance of the revolutionary and controversial fracking technique, daughter of engineer George Mitchell.

Why Has the Price of Crude Oil Skydived?

This technique consists of the extraction of unconventional natural gas through the fracturing of the mother rock (shale) for the extraction of shale gas and light oil (shale oil), a technique in which the United States would be a pioneer in its application, Texas, Oklahoma, North Dakota, New Mexico, California, Colorado and Montana stand out. However, the abrupt fall in the price of crude oil to $ 50 made it impossible for the operating companies to obtain competitive prices (around $ 80) that would allow the necessary investment in energy infrastructure and the search for new exploitations, which together with the determined impulse of the Biden Administration to renewable energies, has caused many of these companies to find themselves in bankruptcy and since the domestic consumption of the United States would move in the range of 16 to 20 million barrels per day, it will continue to be a net importer of crude oil. Until 2035.

On the other hand, the current oil production comes in more than 60% from mature fields, (which have been intensively exploited for more than 25 years), so new prospects are carried out in more remote regions (Arctic, Amazon), with a higher production cost ($ 120) and lower profitability, often threatening reserves and natural parks (Arctic, Alaska, Amazon). Likewise, the lag between world consumption and the discoveries of new exploitations would be abysmal (in a ratio of 4 to 1) and the time required to start up a field at full capacity is around 6 years. Thus, 90% of Saudi crude production comes from just five mature fields and up to 60% would come from the Ghawar megafield and given that the new oil infrastructure projects for crude extraction considered “large,” (those of more than 500 million barrels). in Saudi Arabia by 2021 they are practically non-existent and that a sustained increase in the production of Saudi crude oil is foreseeable to supply the endemic shortage of global crude supply estimated at 1 million barrels per day, will cause a noticeable reduction of its idle reserves.

Is the oil shortage already endemic?

The International Energy Agency (IEA), in a recent report entitled “World energy investment prospects”, warns that it will be necessary to invest $ 48 billion until 2035 to cover the growing world energy needs but the abrupt collapse of the price of crude oil up to $ 50, made it impossible for producing countries to obtain competitive prices (around $ 80) that would allow the necessary investment in energy infrastructures and the search for new exploitations, so the oil shortage in the next five-year period would not be ruled out as the cuts in crude oil production with the economic recovery of the main driving economies (USA, EU, China).

All of this will presumably cause a psychosis of shortages and the spectacular increase in the price of crude oil to 2008 levels (around $ 120) which will be reflected in a savage increase in transport freights and agricultural fertilizers, which together with Unusual droughts and floods in the traditional world granaries and the consequent application of restrictions on the export of commodities from these countries to ensure their self-sufficiency, will end up producing a shortage of world markets, an increase in prices to stratospheric levels and the consequent crisis. world food. The famine will especially affect the Antilles, Mexico, Central America, Colombia, Venezuela, Bolivia, Egypt, the Horn of Africa, Mongolia, North Korea, India, China, Bangladesh and Southeast Asia, attacking sub-Saharan Africa with special virulence.