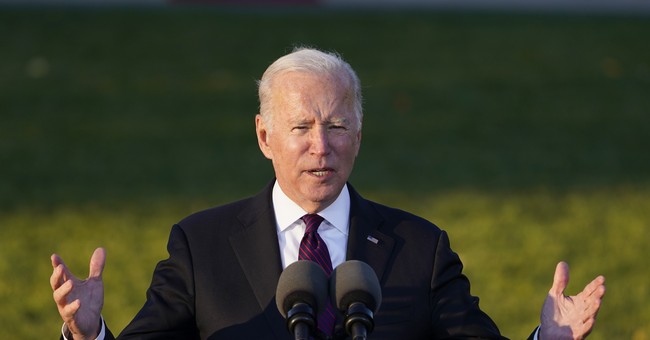 As you dig into your expensive turkey after having spent a ton of cash filling up your SUV to get to grandma’s for Thanksgiving dinner, take heart. We’re winning.

Yeah, I know – conservatives are Eeyore/Cure fan centaurs, always ready to see the despair, always ready to detect the doom coming at us. And let’s not sugar-coat it – there’s a lot of bad stuff going on. Our alleged president is only allegedly mentally competent. His understudy is a half-wit who got with Montel Williams. His party wants to spend trillions we don’t have and is convinced that printing more money cures inflation. The media is garbage. Academia is garbage. Hollywood is garbage. The Lincoln Project is garbage that is still taking Kyle whacking the convicted pedo personally. Fauci remains unfired; the supply chain remains kinked. And China is looking at Taiwan like Brian Stelter, who is a potato, looks at a Golden Corral steam table.

And yet, the tide is turning.

You saw the five-alarm meltdown of the left when it saw that no, America was not about to immunize the Democrats’ military wing of criminals, scumbags, and perverts as they run rampant in blue venues. Self-defense remains a thing, no matter how sad it makes MSNBC Marxists and Hollywood child rapist excusers. Kyle’s vindication was a huge red pill for millions of Americans who saw that the choice before them was the side of the kid who tried to help his community or the side of the degenerate who tried to help himself to kids.

We are fighting back. CRT is on the ropes. The miracle ideology, which is somehow both not taught in schools and must continue to be taught in schools, is universally hated outside of colleges, public school offices, HR departments, and the Trader Joe’s stores where the frigid suburban wine women who get off on being told they are racist seek out their $4.99 screw-top Chardonnay, which they like oaky. If you want diversity, look at the people who have banded together to banish this pernicious cult.

Look at Virginia, +10 for Biden and now swearing in a Republican who refused to shy away from fighting the cultural fight. Look at New Jersey – so close. Well, November 2022 is coming and the polls – and all the reliable signs too – are telling us that for Democrats, this will be a more humiliating disaster than the average Bulwark staffer’s prom night.

None of this post-2020 failure is a surprise. We knew exactly what would happen. We warned people. And we were right. But a lot of people voted for Democrats. A lot of people chose no mean tweets over having a president who didn’t drool on his bib between spoonfuls of mush. Maybe in some objective sense, Trump won more votes, maybe he didn’t – the election was still garbage (I was there) – but we’ve seen a lot of red legislatures moving to stop the next steal. We just need to force the GOP to not be incompetent next time.

Okay, now I’m a little depressed. But wait, the GOP did okay in Virginia this month in stopping the wholesale, last-minute election law changes and widespread fraud we need to worry about. Maybe this time they won’t totally fail like they did last year – especially if you big donors do the kind of due diligence that got you rich in the first place and refuse to write the Republicans a check without first receiving a comprehensive briefing on the anti-fraud plan for 2022 and beyond.

The fact is that Biden is about as popular as Jonah Goldberg pole dancing in a gold- lamé thong at CPAC, which is the closest thing he can get to a conservative pundit gig after his ridiculous “You can’t fire me! I quit!” performance when departing Fox “by choice.”

Everyone knows that Grandpa Badfinger would be lucky if he ends up being merely Jimmy Carter and not James Buchannan, and that’s if he even makes it another three years, which is not for certain. It’s becoming clear that this deteriorating dementia is not long for the Oval Office, but it’s apparently not clear to him. He really thinks he’s going to run again. How old will he be in 2024? 106? He’s like Gabby Hayes without the youth and vigor, and with the crusty cranked up to 11.

This guy is a disaster, which is great for us. It’s undeniable that President * is going to make the Democrats go down hard, which is the one task he really should hand off to subject matter expert Kamala Harris.

There’s a lot of fail coming in the next couple of years, but we know how it’s going to end. These losers are getting mucked out of the stable. We just need to keep the pressure on the Republicans who replace them, and on that front, we have more good news. Have you noticed how our candidates are acting all based and conserva-woke? Sure, maybe it’s an act for some of them, but what it says is that they know they need to at least pretend to know what time it is. That’s because they fear our righteous wrath, which is good. Frankly, let them fake it like a Dispatch staffer’s wife on her wedding night. As long as they do what we want – which is to destroy Marxism and sow the libfascist fields with salt – it’s fine.

So, we have many things to be thankful for. We have the blessings of God. We have our families. Our troops – though not most of the generals – are terrific. Dogs are awesome. You only have to pretend to like turkey one day a year. And our people are waking up. Yes, be thankful because we patriots will make America great again.