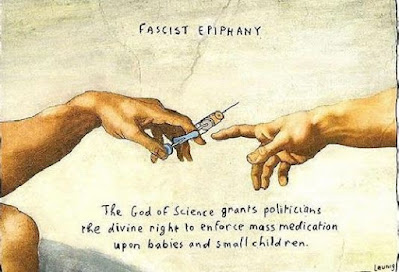 Perhaps we should begin by reminding ourselves that the PCR test that supposedly detects “Covid 19” does no such thing.  It chemically measures whether or not some proteins that may be related to some sort of virus, perhaps even that of the numerous Corona viruses, indicating by chemical change whether or not it determines some protein or another may exist in that fluid.   It indicates nothing more than that, so if you have any corona virus like one of the many common colds or “flues”, you have C19 according to those useless tests. They are so bad that Italy’s death rate for C19 dropped by 97 percent of the old numbers after a recount that included the idea.  And even at that, the remaining cases are under suspicion and I believe it is much the same in our own nation, with the yearly influenza, pneumonia, car crashes, heart attacks, and more were blamed on the supposed C19 KNOWING that the PCR tests are fake and completely unrelated causes were reassigned to C19 as the cause of death.

With that understanding, let’s look at a chart published by Statista to see what some comparison numbers look like, posted below, as posted in a Health Impact News article that adds an arrow indicating the prime concern for us today.

That red arrow points to the 0-17 year old total deaths by C19 up to October 27th this year.  Keep in mind the opening caution on the reliability of the C19 PCR tests.  It is also very important to realize that Pfizer changed the formulation of its C19 vax for children to include a stabilizing agent for people suffering from a Heart Attack.  What in the world for if it is so safe they are going to give it to children?  Page 14 of an FDA briefing on “EUA amendment request for Pfizer-BioNTech COVID-19 Vaccine for use in children”  has the confirming text that shows Tromethamine (Tris) that is a blood acid reducer used to stabilize people with heart attacks with many known severe side effects.

Why add something to calm heart attacks in little children for a “vaccine” that is supposedly perfectly safe for those who have a next to zero chance of coming down with the disease they claim is Covid 19, when in fact, children are all but immune to it by their own numbers as shown in the above graph?   What did they actually know from their very limited trials using children that they determined a need for such additives?  All is NOT well in home town America folks, not at all; Myocarditus and Pericarditus in children is NOT a normal result of a “safe” vaccine.  You should remember this graph we have posted a few times before concerning the C19 vax as compared to all previous vax deaths;

We have also read in many stories including here on ANP about the unreliability of the data on the VAERS reporting system as they catch about 1% of the total problems with the C19 vax as in the report in Vaccine Impact as far back as January 2020 where they quoted a 2011 report from Harvard Pilgrim Health Care for the HHS (US Department of Health and Human Services) when they said “Although 25% of ambulatory patients experience an adverse drug event, less than 0.3% of all adverse drug events and 1-13% of serious events are reported to the Food and Drug Administration (FDA). Likewise, fewer than 1% of vaccine adverse events are reported. Low reporting rates preclude or slow the identification of “problem” drugs and vaccines that endanger public health. New surveillance methods for drug and vaccine adverse effects are needed.”   But we must work with what we have.

Add to this the analysis that recent VAERS analysis shows that “100% Of Deaths Following COVID-19 Shots Are From Only 5% Of The Manufacturer Lots According To VAERS”  according to Sarah Westall when she reported that  The Expose determined there were an unusually high number of Adverse Effects reported by the Lot Number of Pfizer and Moderna C19 shot batches.   Their conclusion was that “This investigation of VAERS data reveals several concerning findings which warrant further investigation, but it also leads to questions of why authorities within the USA which are supposed to monitor the safety of the Covid-19 vaccines have not discovered this themselves.

The data clearly shows that the Covid-19 vaccination campaign has been significantly more harmful and deadly than the influenza vaccination campaign. This fact alone begs the question as to how the FDA advisory committee could possibly vote Seventeen to Zero in favour of approving the Pfizer vaccine for use in children aged 5 to 11.”

Even worse is the fact that The Expose reported that the MAJORITY of those bad batches that are responsible for most if not all of the deaths from the C19 vax were sent almost exclusively to RED STATES.

Read that again, and let it sink in a bit deeper, and then ask yourself “Could this be by chance only?”  There is no way in Hades that this is pure chance, but something concocted in that place, Hades, by our Satanic leadership in charge of it all.   Now with so little reporting of ill effects to VAERS as we covered above, and the ‘chance” occurrence of deaths and severe side effects, how can we know the reality of what is going on?  The requirements for reliable statistics to more clearly discern this must come from a better reporting system or far greater involvement in it than we now have, but the powers that be (read as hospital corporations and insurance regulations along with disincentives by government agencies like the CDC and Big Pharma) do NOT want the reality to escape their tight censorship.  Perhaps that is why it is independent sources in the UK that have broken this horrific news.

Another aspect of this to take a look at is that this is not a properly approved vaccination, but a biological warfare agent as has been in so many news reports the last few months, including here on ANP.   Let’s look at it this way; product testing on a mass scale gives the best results and there must be control groups as well as vax test batches to determine the effectiveness and determine if it meets the needs without serious or acceptable side effects.  That is the “scientific method” used in medicine trials for many decades now.  There have been many different mixes for test batches as indicated by the various numbers of “Lots” that have been tracked to see what those effects are, and they have been composed to see the actual effectiveness versus the expected results.  This is proven by the worst of them ending up in Red States; it must needs be that they were a known or very highly expected result.  WE ARE THE GUINIE PIGS for this mass extermination product.  It is suggested that the Elites are the Control Group getting the saline solution rather than the Kill Shot to both isolate them from the murderous plague as well as the comparison base to the effectiveness of their efforts.  The higher death rates in Red States proves their concoctions are doing what they expect at least to some degree; in comparative if not in total effectiveness.  I also think that they do not want too high of a death rate immediately because that would cause a real panic even among those not intelligent enough to see beyond the absurd propaganda promoting the “vax” as a safe and effective product, so the numbers are kept relatively low by not too many batches, or lots, being all that deadly right off the bat.  But even at that, it is most obvious to anyone actually looking at the data that it is indeed a very deadly witch’s brew.  Besides, they can always make up that difference in the follow-up ‘boosters’.

One thing they cannot hide is that EVERYONE that gets this kill shot gets at least, at a minimum, micro blood clots and inflammation of the arterial walls resulting in many other problems.  Among those are heart problems, brain inflammations and strokes, infertility because it attacks the ovaries and the testes, miscarriage and still births along with even the deaths of suckling infants, other organ problems, and so many deaths both immediate short term and as we shall see in the near future, long term.  Perhaps in the next couple of years we will see mass die offs the likes of which has never happened before even in the worst of the Black Plagues and similar mass die offs.  This could turn into an extinction level event almost, but there are some of us that absolutely refuse to have the kill shot no matter what and that is the hope of humanity.  Hey, that sounds just like what I read in Revelation 16 among others, and Luke 21:11 “There will be great earthquakes, and in various places famines and pestilences…”