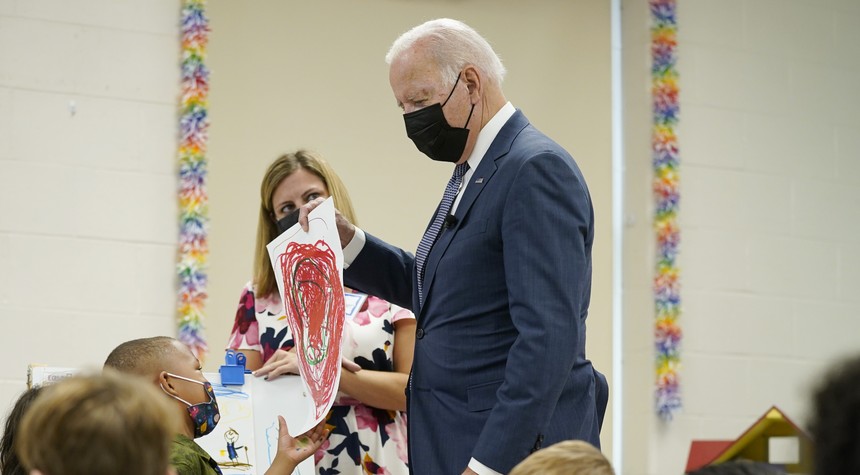 A diary allegedly owned by President Biden’s daughter, Ashley, which features startling and lurid details about her personal life, was made public by National File before the 2020 election. It has resurfaced in the news because of high-profile FBI raids reportedly tied to the diary.

While the journal has not been definitively proven to belong to Ashley Biden, the New York Times tied it to the Biden family in their report on the raids:

An F.B.I. spokesman in New York would not comment on the investigation, saying only that agents had “performed law enforcement activity related to an ongoing investigation” at two locations. One of the searches took place in an apartment on East 35th Street near the Midtown Tunnel and the other in Mamaroneck, N.Y., north of New York City.

A spokesman for the United States Attorney’s office in Manhattan declined to comment.

The Trump administration Justice Department, then led by Attorney General William P. Barr, opened an investigation into the matter shortly after a representative of the Biden family reported to federal authorities in October 2020 that several of Ms. Biden’s personal items had been stolen in a burglary, according to two people briefed on the matter.

An entry in the diary mentions the author’s father and how worried he was about an upcoming debate. And there are two entries where the author mentions her own name—Ashley Blazer Biden.

Ashley Biden herself reported the diary was stolen, though a whistleblower who obtained it claims she left it in a room at a drug rehab center where she stayed.

“Was I molested. I think so — I can’t remember specifics but I do remember trauma,” the author wrote at one point. She also mentions taking “probably not appropriate” showers with her father when she was a child.

In a video, James O’Keefe claims a “tipster” contacted Project Veritas and offered to sell him the diary. When Project Veritas couldn’t authenticate who owned the diary or the information in it, they attempted to return it to Ashley Biden through her lawyers, but they would not accept it.

Two journalists working for Project Veritas had their homes raided Friday by the FBI, claiming they were searching for information regarding the diary. Today, the FBI raided O’Keefe’s home as well.

We can expect the left to deny the diary is real and perhaps even suggest it’s “Russian disinformation,” which is what they said about Hunter Biden’s laptop. Twitter even went so far as to boot the NY Post off their platform for running that story. The laptop, which contained incriminating pictures of Hunter Biden smoking crack and having sex with prostitutes, was eventually determined to belong to him.