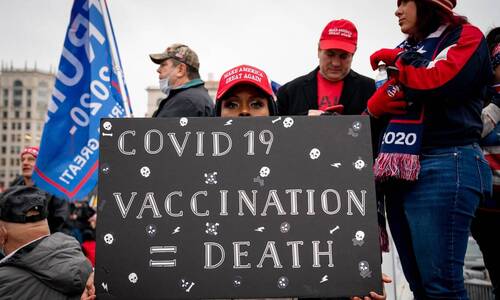 There is abundant evidence that hydroxychloroquine (HCQ) and ivermectin will cure COVID-19 if simple protocols are followed, making dangerous, rushed vaccines unnecessary. Moreover, any vaccination could be deadly so why are children forced to have them when they are almost totally without risk of COVID.

The abundant positive evidence in the treatment of COVID-19 with HCQ and ivermectin is thrilling, truthful, and troubling. It’s troubling because many federal officials refuse to admit it, resulting in needless deaths.

On March 23, 2020, Dr. Vladimir Zelenko reported he had treated about 500 Coronavirus patients with HCQ and had an astonishing 100% success rate. “Since last Thursday, my team has treated approximately 350 patients in Kiryas Joel [Orange County, NY] and another 150 patients in other areas of New York with the above regimen. Of this group and the information provided to me by affiliated medical teams, we have had ZERO deaths, ZERO hospitalizations, and ZERO intubations. In addition, I have not heard of any negative side effects other than approximately 10% of patients with temporary nausea and diarrhea.”

Dr. Zelenko declared, “All I’m doing is repurposing old, available drugs which we know their safety profiles, and using them in a unique combination in an outpatient setting.”

His critics always run to the negative study done by the VA showing HCQ was ineffective; however, for political reasons, the study results are often quoted but not the fact that the protocols were not followed! HCQ must be given early in the disease along with azithromycin (or doxycycline), and zinc be a lifesaver for the elderly. That was not done. Doctors waited until the Angel of Death was standing outside the patients’ rooms before the HCQ (alone) was finally administered in the study. We must discover who is responsible for those orders.

Even Junior High school kids would not be so irresponsible and dishonest. 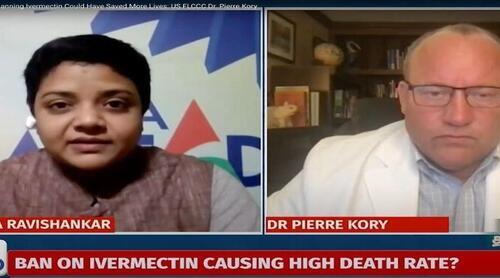 Critical articles concerning HCQ often mention it was used in various trials that failed, but they think we are too stupid to point out they did not use azithromycin. Other trials did not use ordinary zinc, yet both are required for success.

I have been taking HCQ, azithromycin, and zinc once per week as a prophylactic, but I did not get it from my PCP. During a visit more than a year ago, I said to him, “Because of my advanced age and lung disease making me high risk, I would like a prescription for hydroxychloroquine and azithromycin in the event I get COVID-19. Since it has been used for 65 years for other afflictions, I realize it will be an off-label prescription, so I have put this request in a letter for documentation to be placed in my medical records.”

My young doctor’s immediate reply was, “No, it is a dangerous, a very dangerous drug.” Of course, he spoke before thinking which everyone has done at times. I told him, “No, it is not dangerous, let alone a very dangerous. It is even sold over the counter in all African nations except 6, many South American nations, most European nations, and Mexico.” Evidently, it is not dangerous, although aspirin can be dangerous for some people. Since then, I discovered that my eldest daughter was prescribed HCQ for arthritis a few years ago.

I have also discussed this with some of my friends of 40 years and subscribers who are medical doctors. They have confirmed the wisdom of my request. Furthermore, I have friends and subscribers in Zambia and South Africa taking HCQ for decades for malaria, testifying to its safety. I am taking it now as a prophylactic, and my minor arthritis shoulder pain of ten years ceased within a week of taking only three or four pills that week.

Most people would agree it is wonderful I lost my arthritis pain; however, the nonthinkers suggest that it would be very dangerous to use it against COVID! I hope my critics don’t mind if I receive two benefits from the harmless drug.

Many famous physicians have used HCQ successfully without losing a COVID-19 patient! Also, renowned epidemiologist Dr. Didier Raoult, leader of a French research team, administered HCQ and azithromycin to 80 patients and observed improvement in EVERY CASE except for a very sick 86-year-old with an advanced form of coronavirus infection.

Harvey A. Risch, M.D., Ph.D., a professor of epidemiology at Yale School of Public Health, provided very positive HCQ information in Newsweek. The Newsweek article was similar to his article in the American Journal of Epidemiology. His information justifies the lengthy quote.

“As professor of epidemiology at Yale School of Public Health, I have authored over 300 peer-reviewed publications and currently hold senior positions on the editorial boards of several leading journals. I am usually accustomed to advocating for positions within the mainstream of medicine, so have been flummoxed to find that, in the midst of a crisis, I am fighting for a treatment that the data fully support but which, for reasons having nothing to do with a correct understanding of the science, has been pushed to the sidelines. As a result, tens of thousands of patients with COVID-19 are dying unnecessarily. Fortunately, the situation can be reversed easily and quickly.

“I am referring, of course, to the medication hydroxychloroquine. When this inexpensive oral medication is given very early in the course of illness, before the virus has had time to multiply beyond control, it has shown to be highly effective, especially when given in combination with the antibiotics azithromycin or doxycycline and the nutritional supplement zinc.

“On May 27, I published an article in the American Journal of Epidemiology (AJE) entitled, ‘Early Outpatient Treatment of Symptomatic, High-Risk COVID-19 Patients that Should be Ramped-Up Immediately as Key to the Pandemic Crisis.’ That article, published in the world’s leading epidemiology journal, analyzed five studies, demonstrating clear-cut and significant benefits to treated patients, plus other very large studies that showed the medication safety.

“Physicians who have been using these medications in the face of widespread skepticism have been truly heroic. They have done what the science shows is best for their patients, often at great personal risk. I myself know of two doctors who have saved the lives of hundreds of patients with these medications but are now fighting state medical boards to save their licenses and reputations. The cases against them are completely without scientific merit.

“Since publication of my May 27 article, seven more studies have demonstrated similar benefit. In a lengthy follow-up letter, also published by AJE, I discuss these seven studies and renew my call for the immediate early use of hydroxychloroquine in high-risk patients. These seven studies include: an additional 400 high-risk patients treated by Dr. Vladimir Zelenko, with zero deaths; four studies totaling almost 500 high-risk patients treated in nursing homes and clinics across the U.S., with no deaths; a controlled trial of more than 700 high-risk patients in Brazil, with significantly reduced risk of hospitalization and two deaths among 334 patients treated with hydroxychloroquine; and another study of 398 matched patients in France, also with significantly reduced hospitalization risk. Since my letter was published, even more doctors have reported to me their completely successful use.”

However, HCQ is not the only drug that is cheap, safe, effective, and available. The June 1, 2021 issue of Desert Review reported incredible success with another common drug, ivermectin, with COVID patients in India’s capital, Delhi. That state experienced a 97% decline in COVID while the state of Tamil Nadu’s cases tripled to the highest in India without it, and their deaths skyrocketed ten-fold! Justus R. Hope, M.D. wrote, “It is an absolute vindication of Ivermectin and early outpatient treatment. It is a clear refutation of the WHO, FDA, NIH, and CDC’s policies of ‘wait at home until you turn blue’ before you get treatment.”

Dr. Brian Tyson, co-owner of All Valley Urgent Care in El Centro, California, and Dr. George Fareed have treated over 6,200 COVID patients and made ivermectin a part of their standard regimen since October. “Dr. Fareed and I have treated over 6,200 patients for COVID and have not lost a single patient who was treated before day seven,” Tyson said in an interview with TheBlaze.

All right, the thinkers will wonder why federal and state health officials push COVID vaccinations with missionary zeal when they are so problematic, especially when there are common, cheap, harmless drugs that make vaccines unnecessary. That, my friend, is the problem: Cheap drugs would make vaccines superfluous. No doubt, there are many answers, such as there are buckets of billions available to the insiders. There are also massive egos involved. So, who will get the glory as well as the gold? If HCQ or ivermectin knocks out the coronavirus, then Fauci’s vaccines are unnecessary. Remember the Salk polio vaccine; how about a Fauci covid vaccine.