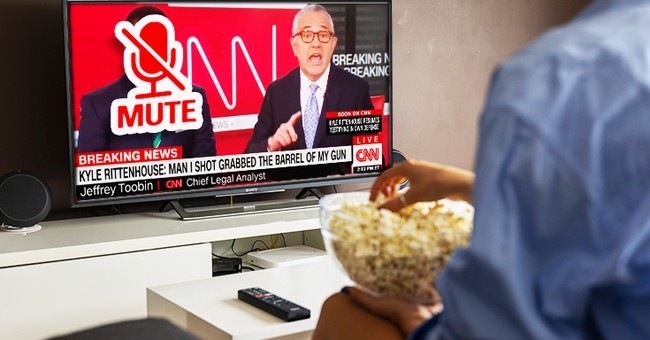 Remember when the Mueller Report was released? It was a disaster for left-wing media-types who’d spent years assuring their audiences Mueller would “nail” President Trump on Russian collusion. Mueller found nothing, destroying a piece of the bond any TV personality needs with their audience. Ratings on MSNBC and CNN dipped, because who would trust someone who’d spent years lying to you?

But the dip was temporary, like an abused spouse with no self-esteem, the audience came back, eager to be lied to again. And lied to they were. “Kyle Rittenhouse is a white supremacist!” they cried, “He murdered people in cold blood,” they insisted. They deliberately fostered the idea that Rittenhouse had shot black people because they’re horrible people.

The trial exposed a lot of people to the reality of the case for the first time. The people Kyle shot were actively attacking him, one had a gun pointed at him, and *gasp* they were all white! No honest person with an IQ larger than their shoe size could look at what happened, watch the videos, and listen to the testimony – especially from prosecution witnesses – and come away with any idea other than Kyle Rittenhouse is not guilty.

Unfortunately, there are a lot of people with IQs smaller than their shoe size. There are people to this day who think Jacob Blake, the black man whose shooting sparked the riots in Kenosha in the first place, was unjustly killed by police. He was violating a personal protective order by illegally being at the home of the woman who had it out on him, he fought with police and had a knife when he was shot, which he deserved. He didn’t die, but even some TV personalities still don’t seem to know that.

How much are we supposed to care about dumb people getting basic facts wrong? And how much of our lives are expected to be ruled by them?

The people Kyle shot earned it. The child rapist was chasing him and grabbing for his gun (it’s on video). The domestic abusers were either pointing a gun at him or in the act of beating him with a weapon (again, it’s on tape). If they hadn’t done what they were doing, they’d be here being degenerates to this day. (As an aside, if you’re part of a movement that attracts a disproportionate number of people with severe mental problems and histories of abusing children or adults, you might want to reassess your life choices.)

Still, the left-wing media is doubling down on their lies. They’re pot-committed at this point, the truth has no role in their lives and business model.

CNN had Fredo Cuomo and a Harvard professor on to play a round of “if a black kid had done it.” Of course, if the races were different and everyone involved was black and not white, there isn’t a cable network in the world that would have covered the story. Anyone who says they would, or pretends to care, is lying. Just look and see how often they cover the carnage in Chicago. Three people being shot, 2 fatally is a below-average weekday there, and none of these “woke” wastes of human flesh ever say a thing.

Not to be outdone in the stupid and racist, MSNBC convened a panel of 5 black pundits, each more racist than the last, to talk about what’s wrong with white people. The dean of race-baiting, Al Sharpton, led the woke-off by getting literally everything about the case wrong and not a single member of the Dumbass Brady Bunch screen said a word, either because the truth doesn’t matter or they’re too uninformed to know the truth themselves.