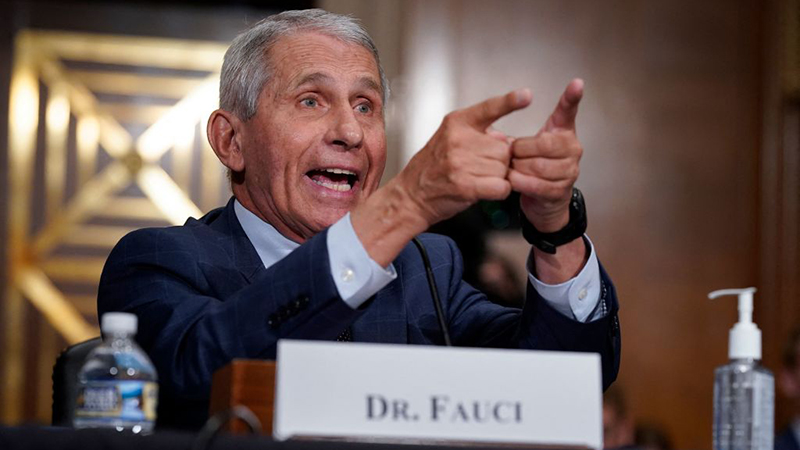 Despite there being no long term studies

In another display of ignorance on the science, Anthony Fauci declared Wednesday that there are is no “true basis” for concerns over potential long term side effects of COVID vaccines, despite there being no long term studies to take data from.

While speaking on a virtual call in concert with CDC Director Dr. Rochelle Walensky and U.S. Surgeon General Vivek Murthy, Fauci was asked by a caller if pilots have any ‘valid concerns’ after it was suggested that many are remaining unvaccinated to avoid potential long term side effects that may infringe on their ability to fly.

“Pilots at American and Southwest Airlines in particular are arguing that some pilots may be reluctant to get vaccinated because of potential of career-ending side effects,” the caller stated, adding “They’re concerned that there could be long-term side effects that could cause them to then lose their medical certification and also lose their jobs and their livelihoods. So is this a valid concern?”

Fauci responded “Well, right now on the basis of literally hundreds and hundreds of millions of vaccinations that we’ve had, the safety of these vaccines have been clearly established.”

Or perhaps there just isn’t any empirical long term data yet?

He continued, “The long-term effects that the people are apparently concerned about really have — I’m sure there is a very, very, very rare exception — but the long-term effects are really actually non-existent, in the sense of anything that has been a red flag on the part of the follow-up of these individuals.”

“So although one, I guess, can theoretically say, ‘I’m concerned about a long-term effect,’ the fact of the safety and the follow-up over a considerable period of time, over a year as so many individuals, we have not really seen that. So we don’t really see any true basis in that concern.”

Dr. Anthony Fauci on concerns from airline pilots about COVID-19 vaccines: “We don’t really see any true basis in that concern.”

Fauci’s comments come amid the ongoing saga of pilots resisting airlines attempting to institute vaccine mandates, with hundreds of flights still being cancelled as workers engage in apparent ‘sick-outs’.