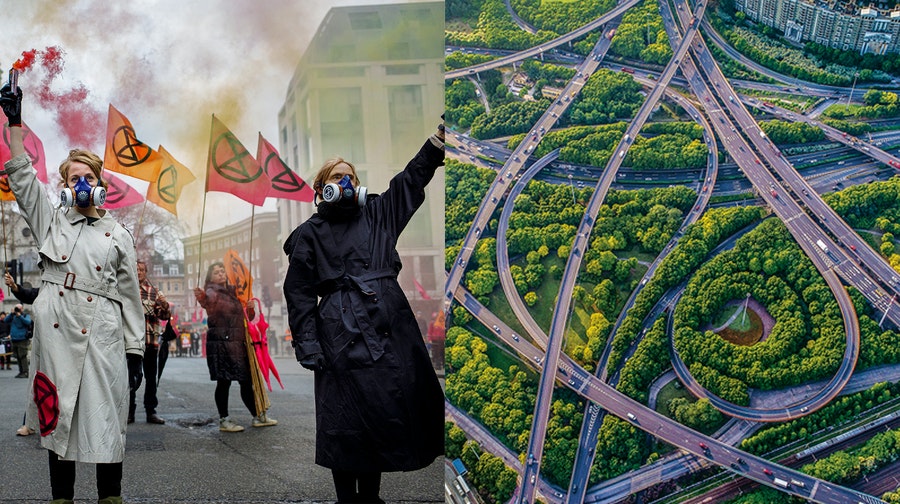 With the world gearing up for Mark Carney’s upcoming COP26 Climate Summit in the UK this October 31- September 12, 2021, it is worth asking: Will China and India collaborate with other nations of the multipolar alliance once more to save the world from a supranational world government?

You may be asking what I mean by “once more”?

The fact is that today’s efforts by an international financial elite to lock nation states into binding carbon reduction treaties is nothing new and was first attempted in December 2009. This was a period of profound instability as the world economy was trembling on a near meltdown of a $700 billion speculative bubble. We were also told that a new black plague was emerging with a novel influenza virus called H1N1. Back then, the Belt and Road Initiative was still four years from coming online, and Presidents Qaddafi, Assad, Mubarak and Bashir still could not guess what horrors they would yet face under the new regime change operation then still in its planning phase.

But just like today, the goals behind COP14 were clear: Create new supranational mechanisms capable of penalizing nations from breaking CO2 reduction targets between 2009 and 2050. This new order of governance would of course only function through the creation of 1) a new system of global technocratic controls to help nations adapt to the new era of scarcity and de-growth, and 2) a new post-nation state system enforcing a rules-based order which could trump the wishes of selfish sovereign nation states who might otherwise make decisions in defense of their people instead of “wise” computer models.

The 2009 summit was marketed as “historic”. World leaders walked into the event treating it like a gala of stars where Obama, Hollande, Brown, Merkel, Rudd and other trans Atlantic leaders hoped they would return to their home nations as heroic eco-warriors having saved the world.

But in the weeks before the summit signs of its inevitable failure were already visible. The name for this failure was “Climate-gate”.

On November 17, 2009, a major scandal erupted when 61 MB of data comprising thousands of emails internally circulated among the directors and researchers at East Anglia University’s Climate Research Unit (CRU) were made public. To this day, it has not been verified if the scandal occurred via an internal leak or a hack, but what was verified throughout the hundreds of emails between director Phil Jones and the teams of climatologists staffing the CRU was that vast scales of fraud were committed. Jones himself was caught red handed demanding that data sets be ignored and massaged in order to justify the climate models (such as Michael Mann’s fraudulent “hockey stick” made famous by Al Gore) which had all been used to sell the idea that CO2 was the greatest threat to humanity.

Within the leaked emails, scientists were told to fudge data and cover up such problematic things as the medieval warming period which saw average temperatures far warmer than those seen in the 20th century, yet with far lower rates of human-made CO2.

East Anglia’s CRU is the world’s foremost center of data set centralization and climate model generation which feeds directly into the UN’s Independent Panel on Climate Change (IPCC) and which in turn feeds into every major NGO, school, corporation and government. The other central control point of data selection and model generation (for both climate change and covid-19 data sets) is an Oxford-based operation called “Our World In Data”, funded in large measure by the UK government and the Bill and Melinda Gates Foundation.

The results of Climate Gate sent shockwaves through the scientific community as even leading climate scientist and pro-COP14 supporter George Monbiot proclaimed:

“It’s no use pretending that this isn’t a major blow. The emails extracted by a hacker from the climatic research unit at the University of East Anglia could scarcely be more damaging. I am now convinced that they are genuine, and I’m dismayed and deeply shaken by them.

Yes, the messages were obtained illegally. Yes, all of us say things in emails that would be excruciating if made public. Yes, some of the comments have been taken out of context. But there are some messages that require no spin to make them look bad. There appears to be evidence here of attempts to prevent scientific data from being released, and even to destroy material that was subject to a freedom of information request.

Worse still, some of the emails suggest efforts to prevent the publication of work by climate sceptics, or to keep it out of a report by the Intergovernmental Panel on Climate Change. I believe that the head of the unit, Phil Jones, should now resign.”

The terrible publicity of Climate Gate essentially caused COP-14 to become a big goose egg, as Chinese and Indian delegates refused to play along, and ensured that all teeth were removed from any binding carbon caps.

China and India Break the Rules of the Game

“Copenhagen was a disaster. That much is agreed… China wrecked the talks, intentionally humiliated Barack Obama, and insisted on an awful “deal” so western leaders would walk away carrying the blame. How do I know this? Because I was in the room and saw it happen. China’s strategy was simple: block the open negotiations for two weeks, and then ensure that the closed-door deal made it look as if the west had failed the world’s poor once again.”

In case anyone was still uncertain about China’s role in derailing this event, Lynas wrote:

“To those who would blame Obama and rich countries in general, know this: it was China’s representative who insisted that industrialised country targets, previously agreed as an 80% cut by 2050, be taken out of the deal. “Why can’t we even mention our own targets?” demanded a furious Angela Merkel. Australia’s prime minister, Kevin Rudd, was annoyed enough to bang his microphone. Brazil’s representative too pointed out the illogicality of China’s position. Why should rich countries not announce even this unilateral cut? The Chinese delegate said no, and I watched, aghast, as Merkel threw up her hands in despair and conceded the point… China, backed at times by India, then proceeded to take out all the numbers that mattered. A 2020 peaking year in global emissions, essential to restrain temperatures to 2C°, was removed and replaced by woolly language suggesting that emissions should peak “as soon as possible”.