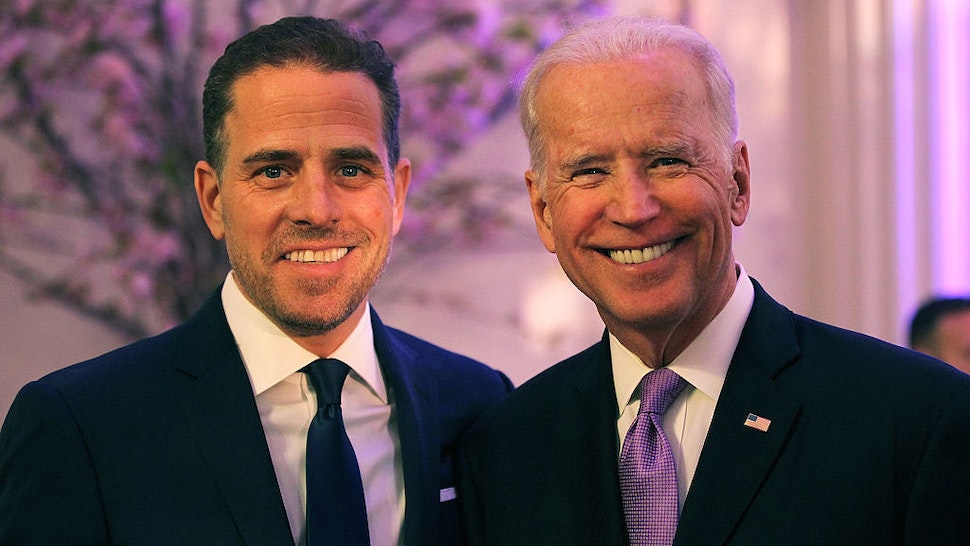 An associate of Hunter Biden shuffled money between his and President Joe Biden’s bank accounts while Joe served as vice president of the United States, new emails show.

Emails obtained from Hunter’s laptop and reviewed by the Daily Mail shed more light on the relationship between Joe Biden’s office while he was vice president of the United States and Hunter Biden’s consultancy, Rosemont Seneca. A June 2020 email shows that Eric Schwerin, a business partner at Rosemont Seneca, shuffled money between Hunter and his father’s accounts, casting doubt on the president’s claims that he had no knowledge of his son’s business ventures and overseas dealings.

The report also suggests that the president may be investigated by the FBI as part of its probe into Hunter’s tax affairs, according to experts.

The president has denied that he and his son discussed Hunter’s business ventures. Past emails obtained by Hunter’s Biden’s laptop, left at a computer repair store in Delaware and never reclaimed, suggest that Joe, while he was vice president, met with multiple foreign officials who worked with Hunter, with at least one meeting being organized by Hunter.

On June 10, 2010, Schwerin emailed Hunter about taking money out of his father’s account to put it into Hunter’s. Schwerin said that the president owed his son the money.

“Your Dad’s Delaware tax refund check came today. I am depositing it in his account and writing a check in that amount back to you since he owes it to you. Don’t think I need to run it by him, but if you want to go ahead. If not, I will deposit tomorrow,” Schwerin wrote.

Other emails show that the Rosemont Seneca received special favors from the vice president’s office, according to the report. As the Daily Mail reported:

In yet more evidence of the deep commercial relationship between Hunter’s firm and the VP’s office during Joe’s tenure, Rosemont Seneca received special favors from the White House while Joe was in office, including dozens of tickets to exclusive 1600 Pennsylvania Avenue events and private tours for Rosemont Seneca clients or associates.

And when an aide to Senator Robert Menendez requested VP Biden host the U.S.-Spain Council’s 2010 annual meeting at his official Naval Observatory residence in Washington DC, they contacted Schwerin rather than Joe’s White House office.

Hunter and Schwerin then privately discussed the potential to ingratiate themselves with ‘CEOs of the major banks’ if they helped arrange the request.