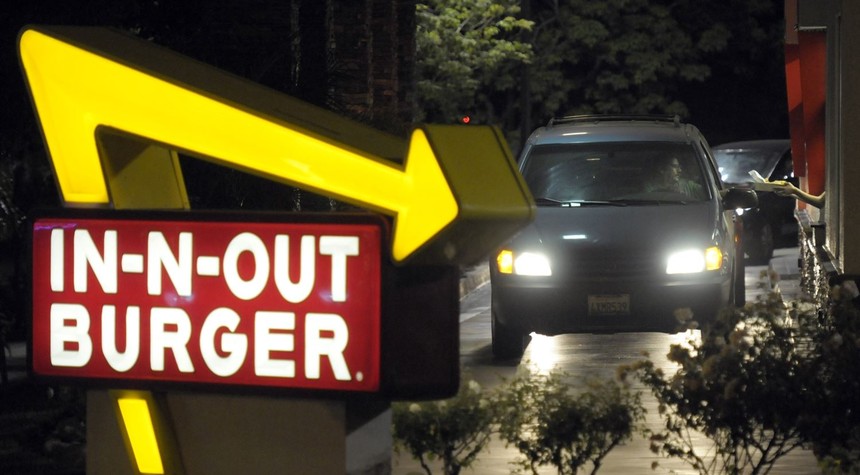 An In-N-Out Burger in San Francisco has flipped California Governor Gavin Newsom and the federal government the bird. The restaurant is choosing to be shut down rather than force its employees to play “vaccine police” in order to enforce the city’s vaccine mandate for indoor diners.

In response to the Department of Public Health notice that the burger joint would be shut down if it did not force diners to show their vaccination papers, In-N-Out wrote:

We refuse to become the vaccination police for any government. It is unreasonable, invasive, and unsafe to force our restaurant associates to segregate customers into those who may be served and those who may not, whether based on the documentation they carry, or any other reason…We fiercely disagree with any government dictate that forces a private company to discriminate against customers who choose to patronize their business. This is clear governmental overreach and is intrusive, improper, and offensive.

Local media is reporting that the restaurant chose to reopen with a shut dining room so it does not have to comply with the regulations. Instead, it is doing all of its business as takeout.

According to the San Francisco Chronicle, the Department of Public Health had been hounding In-N-Out to correct the violations multiple times since September. Apparently, a snitch called the city’s 3-1-1 line, which is supposed to be used for information but is now being used as a “report-a-COVID-crime hotline.” After multiple visits to the business demanding that its low-wage employees act like Judge Dredd without hazard pay, the health department finally decided to shut them down.

“The business was instructed to cease all operations on site immediately because of the threat it poses to public health,” the Department of Public Health said in a statement.

In-N-Out is of course trending on Twitter, with conservatives and libertarians cheering them on and urging you to get out there and support them. Bridget Phetasy wrote, “Liberals big mad that In-N-Out won’t discriminate.” Steven Crowder posted that he decided to have In-N-Out for dinner.

On the other side of Twitter, people are hoping to see In-N-Out “crushed” by the federal government for daring to defy Gavin Newsom and Joe Brandon Biden. “Incredibly disappointing coming from In-N-Out,” wrote Catherine (with a needle in her handle). “Also, you don’t seem to get that the federal government has your balls in their hands. Stand ready to get crushed.” It’s nice to see they’re not hiding the truth anymore and are openly rooting for the overreaching federal government to crush small businesses at will for not following heavy-handed authoritarian edicts.