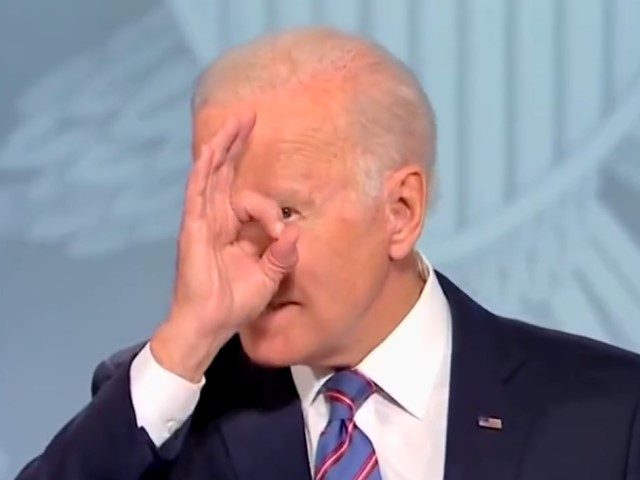 “It is not just that the Biden honeymoon is over. Voters are now having “Biden Remorse” due to Democrats’ incompetence,” according to the report, which was conducted October 16-21, 2021, among 1,000 voters.

According to the poll:

Republicans now lead across 85 battleground congressional districts “as a result of Democrats’ incompetence,” according to the report, which found that the GOP is leading with independents by eight percent (35 percent GOP – 27 percent Democrat). Republicans have also swayed college-educated white voters who supported Biden in 2o2o by 3 percent (44 percent GOP – 41 percent Democrat). Furthermore, Republicans continue to gain ground with Hispanic voters — the generic ballot in battleground districts shows Republicans and Democrats tied 42 percent to 42 percent in this demographic.

“Republicans have a decisive advantage on the issues most important to voters,” according to the poll.

When voters were asked to list the top issues they would like Biden and Congress to hone in on, they listed jobs and the economy (16 percent), border security (15 percent), and inflation/cost of living (12 percent). Notably, other polls have found that voters are extremely disappointed with Biden’s leadership in these areas.

Republicans, according to the poll, “have an advantage among voters on which party can best handle these issues,” an advantage which has increased since the summertime.

Overall, the report concluded that “voters understand the negative consequences of Democrats’ policies.”

Voters also thinks Democrats’ agenda will “raise their own taxes,” a sentiment which has grown 6 percent from 51 percent in July to 57 percent in October as Democrats smooth out their final proposal.

“More importantly, 66 percent of voters say the Democrats’ proposed spending will increase their own cost of living, while just five percent say the bill would bring their cost of living down,” according to the report.

In addition to voters’ belief that Democrats are over-legislating spendthrifts, voters do not think Democrats do a good job enforcing laws that already exist.

“A majority (52 percent) of voters say Democrats do NOT enforce our nation’s laws, especially regarding violent crime, the border, and illegal drugs,” the report found.