Poland and the EU are increasingly at odds. Let’s take a look at events to see where this is headed.

Tens of thousands of protesters marched through Warsaw and other Polish cities late Sunday to oppose a court ruling that European Union legal judgments have become incompatible with the Polish constitution, a decision protesters fear could prompt Poland to follow the U.K. out of the bloc.

Unlike in the U.K., an overwhelming majority of Poles wish to stay members of the EU—as do Hungarians, another Central European country whose government is in regular conflict with the bloc over where the EU’s powers end and national sovereignty begins.

On Thursday, Poland’s Constitutional Tribunal ruled that the process of European integration encoded in EU treaty law has reached what it called a “new stage” that is incompatible with the Polish constitution, and that the latter should take precedence when the two conflict. When joining the EU in 2004, Poland agreed to implement EU treaties, also signing up a few years later to the bloc’s updated Lisbon Treaty. Poland’s ruling party says the EU has overstepped its authority.

In Brussels, a spokesman for the European Commission, the EU’s executive arm, on Monday gave no timeline for responding to Poland. EU officials fear a domino effect and gradual disintegration of the EU’s legal and political authority if one country can overrule EU rules and EU court decisions.

“If you allow all these fundamental principles of European integration to be hollowed out and ignored, then this is eventually the end of the EU,” said Piotr Buras, head of the European Council on Foreign Relations’ Warsaw office.

In Ultra Vires, a column on the situation in Poland, Eurointelligence founder Wolfgang Münchau places some of the blame for what’s happening in Poland on the German Constitutional Court located in Karlsruhe.

In its ruling last week, Poland’s constitutional court went beyond anything the German constitutional court ever did. It declared Art. 1 of the Treaty on European Union, the clause that establishes the EU, not compatible with certain chapters of the Polish constitution. It found the same for Art. 19 TEU, which establishes the CJEU. If sustained, this would constitute a legal Polexit. If a member states believes that the EU treaties violate their national constitution, they either have to change the constitution, get the other members to agree to a change in the treaties, or leave the EU. The EU could, if it wanted to, even make an argument under international law that this ruling automatically voids Poland’s accession treaty, and thus its EU membership.

The role of the German constitutional court in all of this is indirect but nonetheless important. What it did was engage in a legal discourse that made the Polish outrage possible. Readers may recall that the CJEU was a big factor in the Brexit discussions. If only the remainers had known that they could have renationalised some of those powers? Despite the europhobia that led to Brexit, there was much less of a sense of secessionism in the legal profession, compared to with Germany or Poland.

Some of the arguments used during the Polish hearings were straight copies of arguments made by the German constitutional court. Karlsruhe, for example, popularised legal concepts such as ultra vires and the democracy principle. They sound more innocent than they are. Karlsruhe argues that sovereignty can be conferred but not shared. This implies that the CJEU cannot be the arbiter of its own remit. It also means that EU law does not override national law in areas outside the agreed perimeter, and that it is the national courts that decide the precise location of that perimeter. Fiscal policy and defence are not part of that remit. So, if you want a fiscal union or a European army, you cannot do this inside the existing treaty.

The Polish ruling will almost surely end up in Poland backing down. I see Polexit as a possible but improbable outcome. But remember that Brexit, too, started out that way.

The Karlsruhe version of legal euroscepticism has been far more clever, and more effective. It managed to create legal facts out of thin air that informed the EU negotiating position of successive German governments. The Polish ruling, by contrast, is drafted as a deliberate provocation that might play into the hands of Law and Justice ahead of the 2023 elections. Karlsruhe is not responsible for what is happening in Poland. But it is responsible for starting a discourse that others take up and push to the limits.

Münchau opines there will not be a Polexit.

OK, but what about changes to the existing treaties for Eurobonds, financial debt commingling, or a European army?

It takes unanimous consent to change anything in the EU. Heck, it took nearly a decade just to work out something seemingly simple like a trade deal with Canada.

Hungary and Poland are at odds with the EU over court rulings. Other countries are tangled up with EU disputes regarding immigration and borders.

The European Monetary Union (EMU) or Eurozone is in a similar situation.

It takes unanimous agreement to change anything or even do many things unless there were specifically established by treaty.

Germany demanded these unanimous consent rules out of fear of debt commingling. Now these rules hamper efforts by the EU to bring Poland, Hungary, the Czech Republic and other countries into line over anything not clearly spelled out.

The EU has a half-baked union and it will stay that way unless every country agrees to changes.

Good luck with that.

The COVID-19 “Vaccine” and the Nuremberg Code. Crimes Against Humanity, Genocide 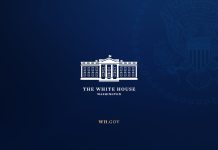