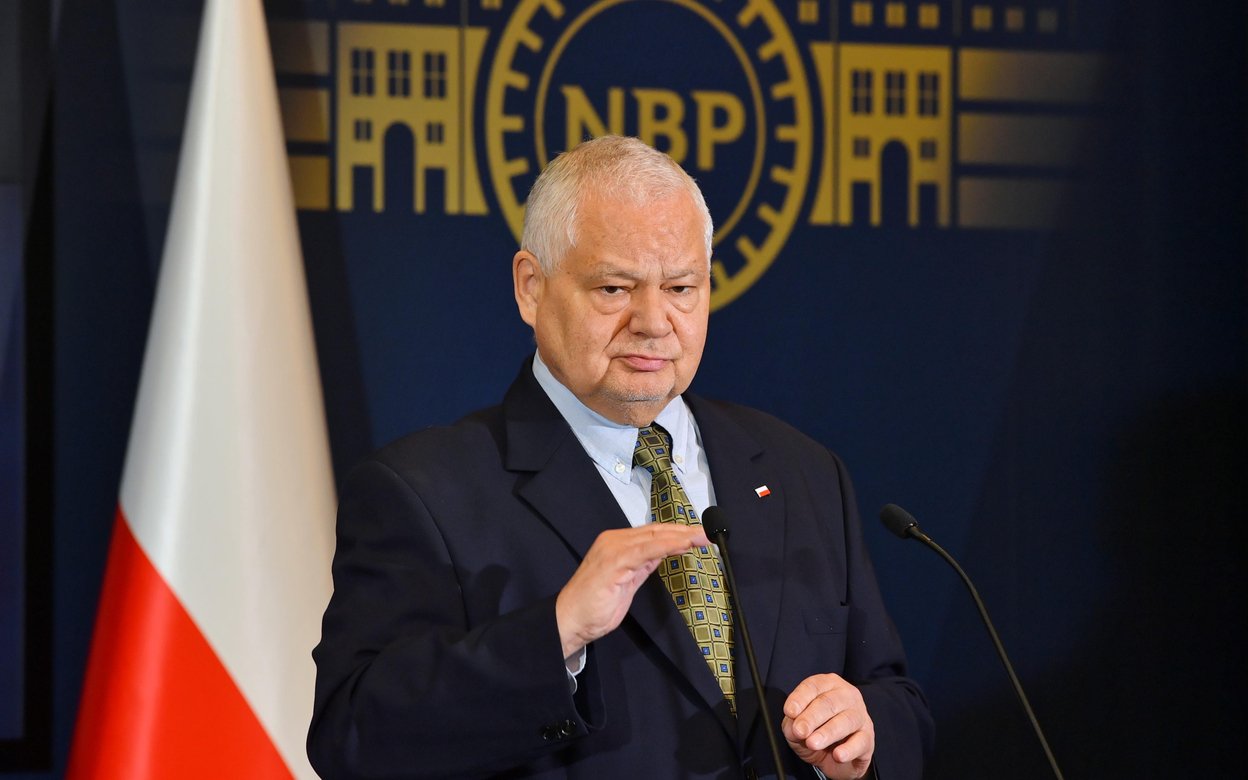 Poland’s central bank, the National Bank of Poland (NBP), which stunned gold markets back in 2019 when it purchased 100 tonnes of gold bars in London and then promptly flew the gold back to Warsaw, has just confirmed that it now plans to buy another 100 tonnes of gold during 2022.

The news was confirmed this week by Adam Glapiński, president of Poland’s central bank, in a 5 October special interview with Polish magazine ‘Strefa Biznesu’ in advance of the ‘Congress 590’ economic conference in Warsaw. As well as heading the Polish central bank, Glapiński is also an economics professor.

While Poland currently holds 230 tonnes of monetary gold reserves and sits in 24th place in the world sovereign gold holdings table, the planned addition of 100 tonnes of gold during 2022 would boost the country’s gold reserves to 330 tonnes and catapult Poland up to 18th place in the rankings, ahead of major gold holders such as the UK, Saudi Arabia, Austria, Spain and Thailand.

Glapiński’s interview with the ‘Strefa Biznesu’ magazine was conducted by journalist Zbigniew Biskupski, and the interview is even titled by the Polish central bank (NBP) as “Another 100 tons of gold in 2022″. See NBP website here.

The Investment Benefits of Gold

Given that Glapiński’s 5 October interview covers substantial ground about Poland’s gold reserves, the relevant sections are worth highlighting here, translated of course from the original Polish into English.

“The National Bank of Poland has accumulated a record amount of nearly 230 tons of gold. What is the purpose of the aggregation of such assets by the central bank?”

“First, a short answer, but I hope it appeals to the imagination. Why does the central bank own gold?

Because gold will retain its value even when someone cuts off the power to the global financial system, destroying traditional assets based on electronic accounting records. Of course, we don’t assume that this will happen. But as the saying goes – forewarned is forearmed.

And the central bank is required to be prepared for even the most unfavorable conditions. That is why we see a special place for gold in our foreign exchange management process.

After all, gold is free from credit risk and cannot be devalued by any country’s economic policy. Besides, it is extremely durable, virtually indestructible. Let me give you an example. During the inspection of the NBP gold reserves at the Bank of England, our employees could admire a gold stock from a ship torpedoed during the First World War. The bar, except for minor deformations, was practically intact!

Due to the above factors, gold is treated as the so-called a safe-haven asset, which means that its price usually increases in conditions of increased risk, financial and political crises or other turmoil in the global markets.

As a result, gold fits very well with the basic objectives of maintaining foreign exchange reserves, which include securing the country’s payment liquidity, even in extremely unfavorable conditions, strengthening Poland’s credibility on financial markets, and reducing the risk of a sudden outflow of capital.

Additionally, gold is characterized by a relatively low correlation with the main asset classes – especially the US dollar dominating the NBP reserve portfolio – which means that including gold in the reserves reduces the financial risk in the investment process.

“Does this mean that if you are able to continue your mission at the National Bank of Poland as part of your second term in office as the President of the NBP, we can expect more gold purchases?”

“Yes, in order to further increase Poland’s financial security, we will continue the current policy, we will certainly strive to increase our gold resources. However, the scale and pace of purchases will depend, among others on the dynamics of changes in official reserve assets and current market conditions. I initially assume that I will propose to buy another 100 tons in 2022.”

For those thinking ‘didn’t the Polish central bank earlier this year already mention buying 100 tonnes of gold?’, you would be correct. Back in March 2021, Adam Glapinski in an interview with Polish magazine Sieci said that Poland planned to buy 100 tonnes of gold over the coming years:

“Over the course of a few years we want to buy at least another 100 tonnes of gold and keep it in Poland as well,” he said.

However, what has changed is that this gold buying timeline has now been compressed from a few years into 1 year, and the NBP will now execute the plan in 2022, with the NBP’s operating strategy being guided by the rule of thumb – as official reserve assets of the Polish central bank grow over time, it will continue to buy more and more gold using a target percentage of gold to total reserve assets.

Later in the 5 October interview, while talking about central bank reserve diversification, Glapiński added that gold forms a key part of this diversification strategy:

“Taking all this into account, in 2020 the NBP Management Board adopted a new reserve management strategy.

One of its pillars is the further diversification of the currency structure of provisions, which should limit the impact of the exchange rate risk on our financial result.

In addition, we are gradually and prudently expanding the range of financial instruments used. We have been investing in the USD corporate bond market for almost a decade, and this year we also took a modest exposure to the equity market.

Besides, of course – we believe in the diversification potential and long-term profitability of gold, the resources of which we plan to expand further.”

A week prior to his 5 October interview, the Polish central bank president was again talking about gold, this time on 27 September in a gold specific question and answer session for readers of the Polish news and political magazine ‘Do Rzeczy’, which was titled “Everything you want to know about gold. NBP President especially for DoRzeczy.pl readers!”.

Imagine the US Treasury’s Janet Yellen or the US Federal Reserve’s Jay Powell holding a “Everything you want to know about gold” Q&A. It would never happen.