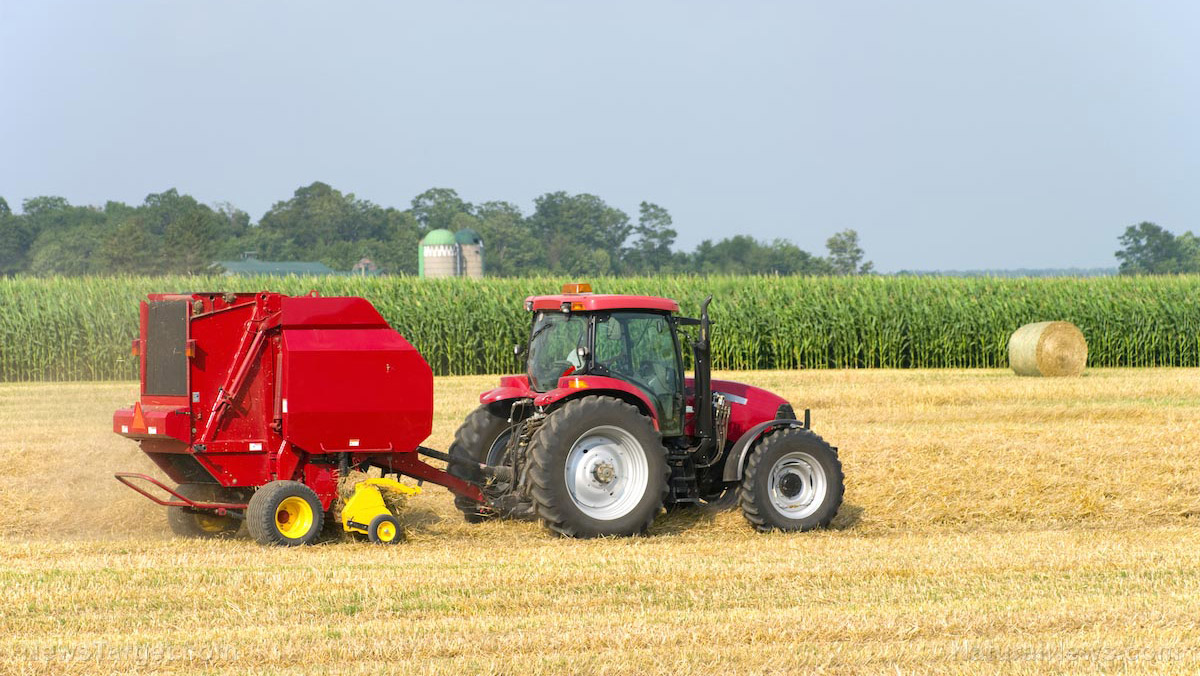 The supply chain crisis is currently hitting America’s agriculture industry hard as parts shortages and other problems affecting farmers are expected to persist well into 2022.

CNH Industrial, one of the largest manufacturers of agricultural equipment, recently announced that it is idling production in Europe due to the semiconductor shortage that has plagued the world since early 2020.

Furthermore, the amount of fertilizer being shipped into the United States is significantly less than what many farmers expected, and many are now concerned there won’t be enough in time for planting next spring.

Many other issues connected to the supply chain crisis are making America’s agricultural workers concerned, including the massive congestion at the ports and the labor shortage affecting the trucking and delivery industries. (Related: Farmers hit hard as supply chain crisis causes massive shortage in machinery and parts.)

Many farmers all over the country are now desperate, as local dealerships run short on necessary parts for their farm equipment.

Gordon Stands, the owner of Stands Farms in Butler County, Kansas, points out that the shortage has lasted at least the past six months and has only gotten worse. Essential pieces are difficult to find and prices for those that can be purchased immediately have gone up.

“They’re really concerned about the input cost rising and even being able to get what you need to put a crop in,” says Stands, who spent the last week searching for another turbo engine.

Stands explains that the shortage is impacting more than just individual parts.

“I’ve heard in several of the dealerships have allocations on combines on sprayers,” he says. “So, if you wanted one and you were a cash buyer just wanting to go purchase one, there’s a pretty good chance you wouldn’t even be able to get one to order for another year.”

Stands says that the situation has made many farmers like himself desperate, and they are now looking for used equipment instead. “It’s really difficult to find right now getting used equipment. It’s selling at a premium.”

To get his hands on the turbo engine he needed, he has to travel more than 350 miles north to South Dakota. “We normally wouldn’t go that far, but that’s where it was. So, that’s where we went.”

Seth Meyer, chief economist of the Department of Agriculture, claims that the White House is very concerned with how the supply chain crisis is affecting the agriculture industry and is working on figuring out how to solve the industry’s many problems.

Joe Outlaw, an agricultural economist for Texas A&M University and co-director of the Agricultural & Food Policy Center, believes that if the government has to intervene, any action they take has to be minor.

“We’re economists, and we would say that the markets need to work. If the government can give a nudge here and there, that’s fine,” says Outlaw. “But basically, the markets are going to allocate the resources out there. And from my view, that’s really what I would think needs to happen.”

“We need to do everything possible to clear those ports out,” says Brown. “Getting help from the administration there can be beneficial. Let’s not just overstate that we’re going to fix this overnight. It’s going to take time to work through many of the supply bottlenecks. And frankly, I think we will live with those supply bottlenecks for many months ahead.”