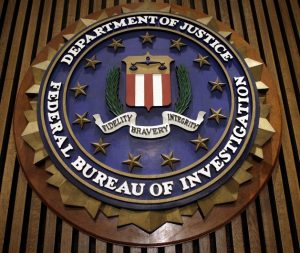 Leaked White House audio shows that the Department of Justice (DoJ) understands that religious Americans may feel morally opposed to the vaccine as it contains or was tested on aborted fetal tissue. Furthermore, the DoJ acknowledged that those people are religiously exempt by law from taking the vaccine. Yet, Biden maintains that federal workers who refuse the vaccine for any reason will lose their jobs.

Title VII of the Civil Rights Act of 1964 was designed to protect workers from religious discrimination if they have a “sincerely held belief.” However, some employers are requesting that employees admit whether they use common medicine such as Tums, Motrin, Tylenol, Benadryl, Claritin, and Aspirin among others as they were also developed using fetal cells. In the leaked audio, a lawyer from the DoJ states employees can honestly say they did not know that those medications were tested on fetal cells and will discontinue their use.

Lawmakers are claiming that since religious leaders are backing the vaccine mandate, then their constituents are obligated to abide, which is simply not true. Epotch TV reporter Roman Balmakov spoke with an attorney who stated that it is completely illegal for employers to dissect someone’s religious beliefs, as that is discrimination, and Americans are allowed to hold different beliefs than their religious leaders.

James Madison penned a clause in the first amendment that declares Americans have the right to hold their own spiritual convictions and beliefs. Therefore, vaccine mandates violate our constitutional rights as Americans, and our president is attempting to eliminate the freedoms that this country was founded upon.

First Amendment: “Congress shall make no law respecting an establishment of religion, or prohibiting the free exercise thereof; or abridging the freedom of speech, or of the press; or the right of the people peaceably to assemble, and to petition the Government for a redress of grievances.”