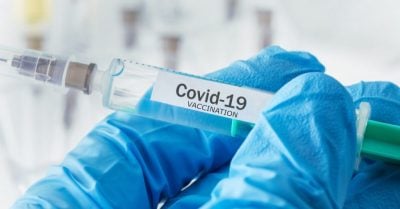 Fully understanding significant world events as they happened yesterday and unfold today invariably requires an understanding of the long arc of history; that is, knowledge about how the human world really works. Moreover, without that understanding, it is impossible to devise and implement an effective response. This is certainly the case in the world of 2021.

Increasingly, people around the world are realizing that there is a great deal more going on under cover of the ‘official’ narrative that we are the victims of a ‘virus’ that has, so far, required 18 months of onerous restrictions and a series of government-ordered mandates that tell us all that we must submit to several experimental, gene-altering injections and other measures that will deny our rights and freedoms ongoingly into the future.

What most people do not yet realize is that this deeper agenda is monumentally huge: the world as we knew it has ended. Moreover, if we are to recover the vaguest semblance of what we once had and, hopefully, an even better version of it, we have an equally monumental struggle ahead of us.

Undoubtedly, despite extensive effort by elite agents – including international organizations (such as the UN and WHO), governments, the medical and pharmaceutical industries, and the corporate media – to conceal what is happening, the massive death toll and other costs that have resulted from the near-total dislocation of the global economy, coupled with the rapidly increasing death and damage toll from the injectables program, are key factors in this ‘awakening’. See, for example, ‘Local Detroit TV Asks for Stories of Unvaxxed Dying from COVID – Gets over 180K Responses of Vaccine Injured and Dead Instead’.

Tragically, however, virtually all who become aware that ‘something is wrong’ do not understand the ‘long arc of history’ and are therefore trapped in a powerless mode of complaint and begging elite agents, such as governments and legal systems, to fix things for them. But this will not happen. See ‘Are We Human? Are We Free? Defeating the World Economic Forum’s “Great Reset” before it Destroys Us’. Consequently humanity rushes headlong to the fate planned for us by the elite long ago.

So while the global elite’s long-planned coup d’état – marketed by the World Economic Forum as ‘The Great Reset’ – is certainly intended to utterly transform the human individual and human society, the driving motivation of its agenda remains ‘hidden’.

And yet this driving motivation is hidden in plain sight. The Global Elite intends to kill off a substantial portion of the human population while enslaving virtually all of those left alive. Why? So that the elite can control access to, and utilization of, the Earth’s remaining but now depleted resources.

Let me briefly explain something of the origin of this motivation, elaborate the key ways that it has manifested over the past 500 years and identify precisely how it is manifesting now. Most importantly, let me explain what we must do to resist this agenda effectively.

The Origin and Brief History of Eugenics

While the notion of ‘selective breeding’ to secure offspring with ‘desirable’ traits dates at least since the publication of Plato’s Republic in about 378 bce and has reappeared periodically since that time in one guise or another, the term ‘eugenics’ was coined in 1883 by British explorer and natural scientist Francis Galton. During the early 20th century, eugenics was given the appearance of being serious scientific study because of its pursuit by both biologists and social scientists. Their interest was understanding the extent to which human characteristics considered socially important were inherited. Of particular interest were the predictability of intelligence and certain deviant behaviours. But interest was not confined to scientific laboratories and academic institutions: it soon gained attention in cultural thought in various parts of the world. See ‘Eugenics’.

Notably, it attracted the attention of wealthy oligarchs who wanted a justification for elite rule of society ‘that discarded outdated appeals to supernatural order and seemed to rest on a bedrock of science. An idea that could explain how nouveau riche upstarts like the Rockefellers and Rothschilds had risen to positions of prominence in society alongside the old royal dynasties of Europe. Eugenics fit the bill perfectly. The answer was in their genes.’ See ‘How Big Oil Conquered The World’.

Of course, eugenics has always been pseudoscience. But it appealed to ‘the vanity of the researchers, usually hailing from successful and wealthy families themselves. And it gave an excuse for social engineering on a scale never before dreamed of.’ The idea spread precisely because it provided an ‘explanation’ of elite ‘superiority’ and so, as soon as the idea crossed the Atlantic, it was picked up by Charles Davenport, a Harvard-trained zoologist who had grown up in a strict, puritanical family.

Davenport concocted an ambitious idea for furthering the eugenic cause: the creation of a Eugenics Record Office to register the genetic background of every single individual in the USA so that each person could be categorized by their family line and assigned a genetic rating. ‘Once completed, those with the lowest eugenic value could be eliminated from the gene pool.’ Not surprisingly, Rockefeller individuals and institutions, as well as others, invested millions of dollars to fund ‘research’ and other activities in support of these efforts to identify and control the ‘eugenically unfit’.