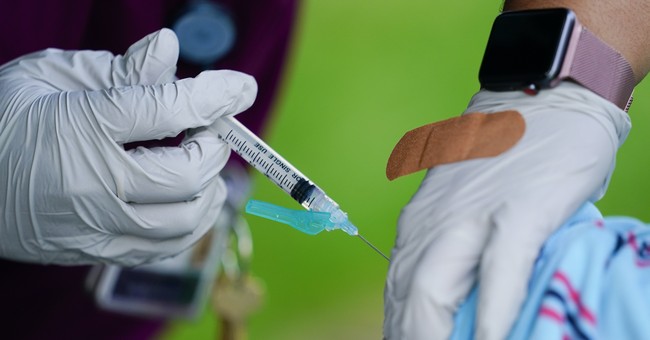 I’m one of the few white conservatives in America who grew up in a majority-black urban city and attended an all-black middle school and an all-black high school. So, I grew up with an understanding and appreciation of Rev. Martin Luther King Jr. and his extraordinary ideas and strategies — in particular, civil disobedience.

King was against any form of violence. So am I. But he understood that civil rights for black Americans would never be achieved without pushing the envelope. So, King inspired protests, strikes, boycotts, sit-ins and other forms of civil disobedience to get the attention of the government, businesses, media and white America.

It worked. I had a front-seat view of how effective his strategy was. King and his civil disobedience strategy changed this country and helped achieve civil rights and equality for black Americans.

Sadly, it’s now time for conservatives, Christians, patriots and 80 million-plus Trump warriors to adopt the mentality, strategy and tactics of Dr. Martin Luther King and other black civil rights leaders. Because we are now the persecuted. It’s our civil and human rights being violated.

In response to the communist takeover of America; to the destruction (at record pace) of everything that made our country great; and to the clear civil-rights and free-speech violations of the Constitution aimed at conservatives and patriots (and in particular, the unvaccinated), I wrote a brand-new bestselling book titled, “The Great Patriot Protest & Boycott Book” to teach conservatives how to use protest, boycotts, intimidation and civil disobedience — just as liberals and civil rights activists have done for decades.

The loud minority has outplayed and steamrolled the silent majority for decades with this strategy of intimidation. Two can play at this game. We can’t be silent anymore. We can’t play nice anymore.

With the strategy in my book, conservatives can now play the same game as Jesse Jackson, Al Sharpton and other liberal activists. If you can’t beat ’em, copy them. Use their tactics. Fight fire with fire.

And the main tactic we need right now is civil disobedience — to prevent restaurants and retail stores from falling in line with clearly illegal and unconstitutional vaccine mandates and vaccine passports.

My nationally syndicated radio show, “Wayne Allyn Root: Raw & Unfiltered” on USA Radio Network, is based in Las Vegas. It dominates afternoon drive time. I’ve pledged, on my national radio show, to stop this plague of businesses announcing, “vaccinated only allowed,” that is now the law in liberal big cities like New York, LA and San Francisco. We will not allow it in Vegas. We will not submit. We will resist.

I’ve publicly pledged that we will rain hell down on any restaurant or retail store that tries to block unvaccinated customers from entering. Just like liberals and civil rights activists, we will practice civil disobedience.

I will ask 10,000-plus conservatives to join me in front of the first restaurant or retail store in Vegas that tries to implement “vaccinated only.” We will lock arms and block the entrance, so no one gets in or out — just like MLK. We will sit at your counters, sit at your tables and refuse to leave. Just like MLK.

We will block each business day after day, until they either relent or close their doors. You will have to drag us away to prison. But each time you do, more patriots will replace us. As business dries up, and each retail store or restaurant goes out of business, the lesson will be learned …

Conservatives, Christians, patriots and 80 million-plus Trump warriors count. Our voices will be heard. You cannot discriminate against us. You cannot violate our civil rights. You cannot treat us as second-class citizens — or we will put you out of business.