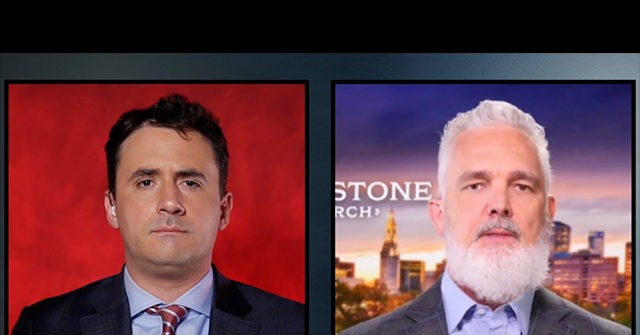 As the world’s economy emerges from the crisis caused by the pandemic, global elites have pushed for a “Great Reset.” Brownstone Research founder Jeff Brown spoke with Breitbart News Editor-in-Chief Alex Marlow about the implications of this globalist vision for ordinary investors and how Brownstone Research’s personalized “Great Reset Protection Plan” provides all the tools investors need to protect themselves against these destructive market forces.

Though the pandemic has pushed talk of the Great Reset into broader political discourse, Brown explained that the idea is much older. The phrase originated with Klaus Schwab, the founder and chairman of the World Economic Forum (WEF), in 2014. But, as Brown noted, “Philosophically, this has been going on for thousands of years.”

“The powerful and the elites of the world have always tried to impose their will and signal their virtue to society obviously at their own benefit, not the benefit for the general population,” Brown said.

However, he noted that the pandemic has only accelerated this globalist push, as governments and corporations have exercised unprecedented power over individuals.

Brown framed the Great Reset as part of the trend of “woke capitalism,” which he described as “the corporate version of virtue signaling.”

He explained that we can see the Great Reset in action in the corporate world’s embrace of ESG investing, which stands for “Environmental, Social, and Governance.”

“ESG is one the largest themes in the corporate world right now, as companies try to rebrand themselves,” he said. “And it’s all about money and perception in the sense that even large institutional funds on Wall Street are trying to reposition themselves as being good, raising trillions of dollars of funds only to be invested in ESG approved companies. And, of course, companies are excited to rebrand themselves so that they have access to that kind of capital and those types of investors.”

“From my perspective, a very perverse loop is happening right now that is actually feeding into what those behind the Great Reset are trying to accomplish,” Brown added.

“What is their goal? What is the objective for some of these global elites?” Marlow asked.

“Obviously it’s almost always about money and power,” Brown said. “By imposing controls, they can impose and control the flow of capital into places they see fit, not where we, as taxpayers or citizens, feel is appropriate. If you control the flows of money, obviously you can benefit. They have the added benefit in their eyes of being perceived to be doing good for the world and the perception that they know better about what’s good for us and that they’re steering things in the right direction.”

“But this will absolutely exacerbate the types of inequalities and problems that we see around the world today, rather than solving them,” Brown cautioned. “And the Great Reset, of course, always leaves out one key point: How is the world going to pay for all of these grand visions?”

“Do you know the answer?” Marlow asked.

“They’re going to print a lot more money,” Brown answered. “And what that means is the value of our dollars or our euros or our yen will be quickly devalued and depreciated over shorter periods of time.”

“I know that if folks go over to JeffBrownReset.com, you give them a comprehensive plan on how to deal with this in their personal life,” Marlow said. “What can we be doing to guard against this on an individual basis?”

“My overarching goal is to help normal investors protect against these types of things,” Brown explained. “We try to stack the deck in favor of normal people and give them the same advantages, if not more, than the insiders on Wall Street. And any time we’re living in these types of highly inflationary, very radical progressive monetary policy periods, things like fixed assets are important.”

“If we outpace inflation, then our real return on investments will be greater than a government’s ability to devalue the currency,” he added. “So, what I really try to convey to my subscribers are investing in ways that can do exactly that — that can grow their assets at rates that are much faster than inflation.”