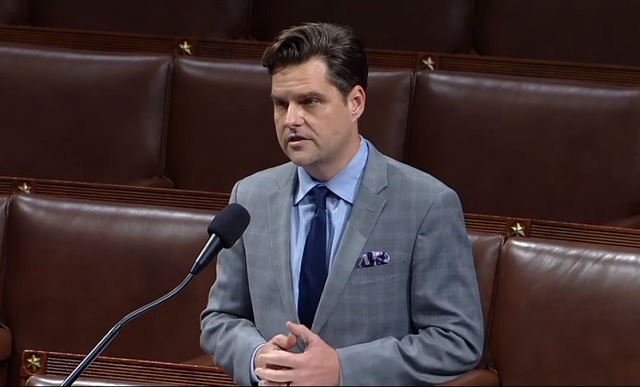 Florida Rep Matt Gaetz (R) revealed on the floor of the House that an alleged hitman drove to DC to kill him and was stopped by Capitol Police and referred to the DOJ for arrest but Attorney General Merrick Garland refused to prosecute him.

“I think someone may be trying to kill me and if they are successful, I would like my constituents and my family to know who stopped their arrest,” Rep Gaetz said Wednesday in a shocking testimony which the US media is completely ignoring.

Gaetz reported that Twitter user CIABOBISATYOURDOOR sent him a message reading: “Lookie here pal. I lived in Portland. Portland has ordered a hit on you. I accepted the contract. Have a good day.”

The suspect also tweeted, “I am going to wipe you off the surface of the Earth.” 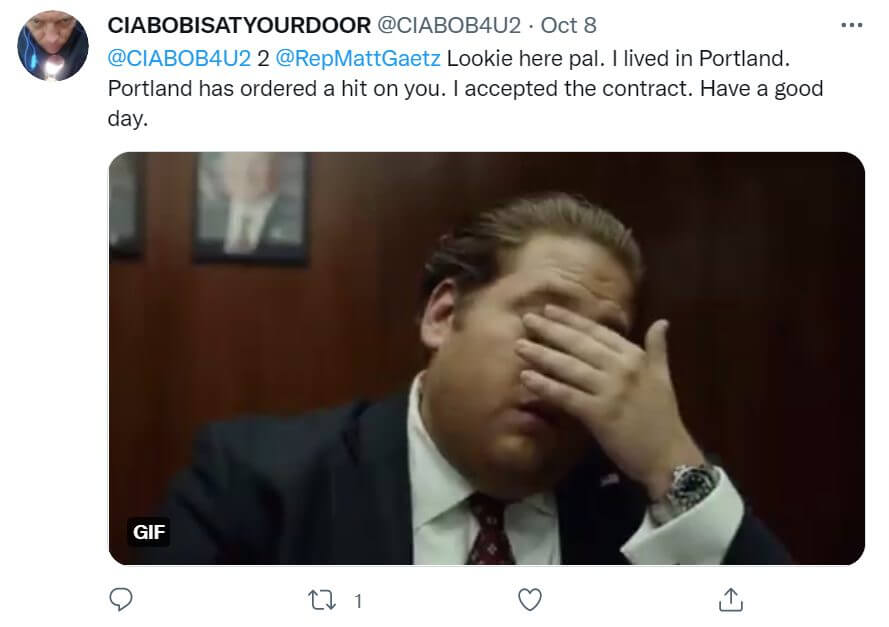 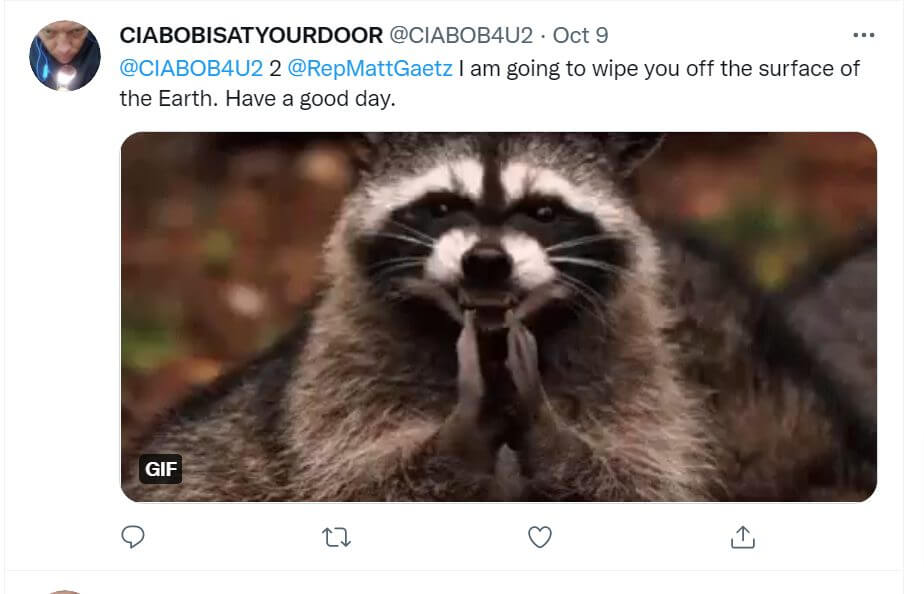 “Following this tweet, the individual traveled to DC and the Capitol Police recommended his arrest,” Gaetz said. “The Department of Justice refused to do so.”

BREAKING: A man traveled across the country with the explicit goal of killing me in Washington, D.C.