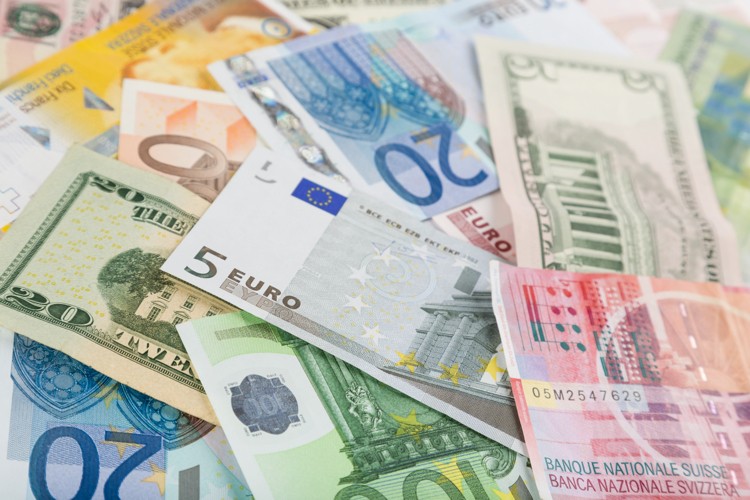 No less than 136 countries have reached a deal that would set a global minimum corporate tax rate of 15 percent. The Organization for Economic Cooperation and Development (OECD) announced the agreement on Friday.

The United States is one of those 136 countries.

Among other things, the deal is meant to stop the practice of corporations setting up operations in countries with low corporate taxes in order to avoid punitive taxation in some countries.

According to the terms of the agreement, corporations in the 136 signatory countries will be subject to a 15 percent tax beginning in 2023.

“The landmark deal, agreed by 136 countries and jurisdictions representing more than 90% of global GDP, will also reallocate more than USD 125 billion of profits from around 100 of the world’s largest and most profitable MNEs (Multinational Enterprises) to countries worldwide, ensuring that these firms pay a fair share of tax wherever they operate and generate profits,” said a statement on the OECD’s website.

Negotiations for the global corporate tax rate have been ongoing for several years. Reportedly, talks heated up this year with strong support from the Biden administration in America, with Treasury Secretary Janet Yellen leading the charge.

International leaders agreed to a demand by the Republic of Ireland that the 15 percent minimum tax rate could not be raised in the future. In addition, the new minimum tax rate only applies to corporations that turn over at least 750 million euros, or approximately $866 million U.S.

Once Ireland agreed, other European holdouts Hungary and Estonia quickly agreed to the global corporate tax. Of 140 nations with membership in the OECD, only Kenya, Nigeria, Pakistan and Sri Lanka have not yet signed on to the agreement.

President Joe Biden, a cheerleader for the new agreement, cited it as “proof that the rest of the world agrees that corporations can and should do more to ensure that we build back better.”

“For decades, American workers and taxpayers have paid the price for a tax system that has rewarded multinational corporations for shipping jobs and profits overseas,” the American president claimed. “This race to the bottom hasn’t just harmed American workers, it’s put many of our allies at a competitive disadvantage as well.”

“We now have a clear path to a fairer tax system, where large global players pay their fair share wherever they do business,” said Rishi Sunak, the U.K.’s Chancellor of the Exchequer.

Big Tech, it seems, is also on board with the new deal, even though it will likely cause them to pay more taxes.

“We are pleased to see an emerging international consensus,” said Nick Clegg, Facebook’s vice president of global affairs. “Facebook has long called for reform of the global tax rules, and we recognize this could mean paying more tax, and in different places.”

An Amazon spokesperson praised the agreement as “progress towards a consensus-based solution for international tax harmonization, and we look forward to their continued technical work.”

But several countries are concerned about implementation of the new agreement. Tax laws will have to be changed on a per country basis and many are complaining that they may not be ready to implement by 2023.

Switzerland, for instance, has already called for more time to implement the new global corporate tax minimum, and is insisting the needs of smaller economies be taken into account.

“Switzerland demands that the interests of small, robust economies are taken into account in the implementation, and that legal certainty is established for the companies concerned,” the finance ministry said in a statement.

And in the United States, any such change in tax codes would require the agreement of Congress, which under the U.S. Constitution possesses all federal legislative powers. And since the OECD’s plan is international in nature, the new corporate minimum tax would, in effect, have the weight of an international treaty. Under the Constitution, the Senate must ratify a treaty with a two-thirds majority (67 votes). Also, a treaty cannot abrogate the clear provisions of the Constitution any more than simple legislation can. If a treaty does so, then it is an unconstitutional treaty.

It’s a high hill to climb in the U.S. Senate, which is evenly split between Republicans and President Biden’s coalition of Democrats and Independents. Republicans have not been receptive to new tax law, and would likely be reluctant to support such a treaty.

In addition, both the House and Senate would need to pass a bill raising the minimum tax on companies’ overseas profits to 15 percent from the current rate of 10.5 percent; another unlikely hill to climb in the United States.