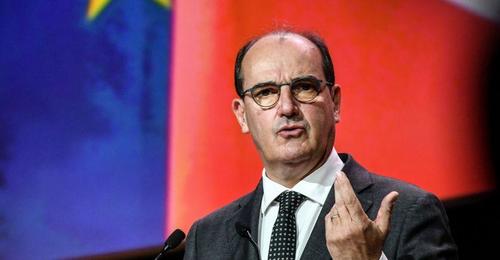 “We’re going to introduce what I would call a tariff shield for gas and electricity,” Castex said during a televised speech on Thursday evening.

“We are going to protect ourselves from these price increases.”

He said any new natgas tariffs following Friday’s scheduled 12.6% hike would be postponed until prices decrease in late March/April, adding that it will shield 5 million households who are on floating-rate contracts.

Castex said the French government would lower taxes on power prices, capping the scheduled increase in residential electricity tariffs at 4% in February.

With natural natgas and electricity prices poised to keep climbing as cooler weather is just ahead, France’s energy policy has a social element to it to thwart social discontent for President Emmanuel Macron until after the election.

“No further price rises after October 1 until a drop in global prices, expected in March or April,” Castex said.

French consumers have been somewhat protected from soaring energy prices affecting much of Europe and Asia because 70% of the country’s power is sourced from nuclear plants. Nonetheless, there’s a segment of the country that relies on fossil fuel generation.

Regarding the tariff cap, Castex said natgas suppliers would be compensated for any losses. He said commodity experts believe natgas prices to “strongly” decline by spring. At the moment, European natgas prices are through the roof as supplies remain tight. Dutch natgas futures surged to 100 euros Friday as Russian natgas flows into Europe collapsed.

For French President Emmanuel Macron, the European energy crisis couldn’t have come at the worst time as the presidential election is slated for April. The president doesn’t need any more social unrest as protesters weekly have been seen marching on the streets, demonstrating against COVID restrictions and vaccine passports.

So the energy policy in play is to mitigate rising power costs to keep Macron in power. How long until the government starts compensating people for meals as food prices hover around decade highs?