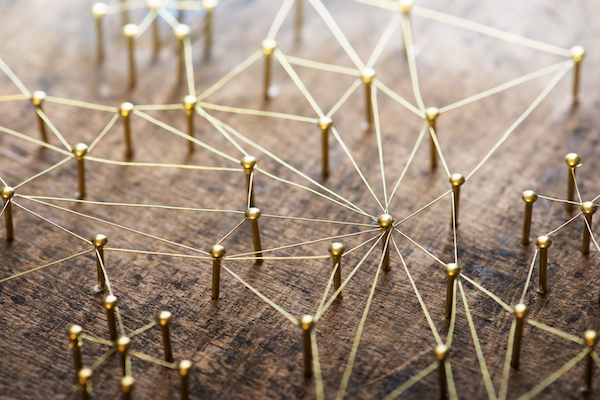 International Man: It seems now more than ever that people have less and less in common with others who happen to carry the same government ID.

At the same time, like-minded people are finding each other from across the world.

What’s your take on this trend? What does it mean for the nation-state?

Doug Casey: Once upon a time, like-minded people came to America because of their desire for personal freedom and financial opportunity. That’s part of what made America what it is. Americans were the kind of people that were drawn to the ideals put forth by the country’s Founding Fathers.

But now America is drawing the wrong kind of people. They’re not people who necessarily want freedom. Some do, of course. But many are drawn to the massive welfare benefits, free medical care, and free schooling.

Past migrants may have been dirt poor and ignorant, but they had to make their own way. The State didn’t subsidize them; it gave them absolutely nothing. But that’s not the case today. The character of America has changed, and so have the kind of people who want to migrate here. They don’t want to accept American values. They want to maintain their Somali, Afghan, or Haitian values. Most won’t become Americans; they’ll become United Statesers. America, a republic sharing a common culture, is being washed away and replaced by the US, a multicultural domestic empire.

America used to be totally unique, but now the US is just another nation-state like all the others. Of course, change is a constant in all areas of life. But I’ll miss the America of the before times because it was a refuge for things like free thought, free speech, free markets, and entrepreneurialism. Oh well, nothing lasts forever, and America had a pretty good run.

With that said, the main danger to you is your own government, particularly the US government headquartered in Washington DC, and to a lesser degree, state and local governments. Like other United Statesers, you’re not personally endangered by Iranians, the Chinese, or Russians—they’re on the other side of the world. You are, however, directly threatened by the US government and by other US citizens. They widely, indeed overwhelmingly, now accept socialist and welfare-state principles. Your fellow United Statesers don’t mind turning you into a serf. You’re largely on your own when it comes to trouble.

So at this point, it’s incumbent upon those of us who believe in American principles to find their countrymen wherever they are—not just in this geographical area, not just within the bailiwick of the US government. It’s part of a global trend, actually. It’s happening all over the world in different ways.

The nation-state itself, which has been around since about the 16th century, is rapidly becoming an anachronism, just like kingdoms and principalities which came before it and have joined the scrap heap of history. People everywhere are losing their loyalty to their national governments, much the way our ancestors discarded their loyalty to their kings and princes.

Government, in its present form, is actually on its way out. I say, good riddance.

International Man: The concept of “phyles” originated from a book by Neal Stephenson called The Diamond Age. The book is set in a future world where groups of people come together based on what matters most to them, instead of incidentals they cannot control, like where you were born.

With the growing polarization and divisiveness in the US and other countries, will the concept of phyles become more appealing to people?

Doug Casey: Absolutely. You can no longer rely on people in your own country for much. You may not have anything in common with them. You may not share anything other than the same government ID.

The US used to have a common culture up until the 1960s. But since then, we’ve evolved from a unicultural country into a multicultural domestic empire. People with “Red” views simply can’t relate to those with “Blue” views; in fact, they increasingly hate each other. The situation has been greatly exacerbated with the Covid hysteria, masks, and now near-mandatory vaccinations. Antagonisms are approaching those of Europe’s religious wars in the 16th and 17th centuries. We’re not there yet, but things are moving in that direction.

The old idea of America is no longer relevant. And a large part of the country—the SJWs, the progressives, the socialists, the wokesters, etc.—are actively and purposefully trying to destroy it.

It’s unfortunate but understandable. People want to associate with others like themselves, who share things that are important to them. It doesn’t matter whether what’s important to them is their culture, race, language, religion, occupation, economic status, general worldview, or any of a thousand different things.

People are increasingly going to form relationships based upon things which are important to them. Those things may have little or nothing to do with the government that rules over them. In fact, their “democratic” government will likely be openly antagonistic to them.

Large groups of Americans and United Statesers will view the government as not only unimportant but an unnecessary and dangerous parasite. The average person may not recognize that right now, but the thought will eventually filter through. The same way it did when people almost everywhere started transferring their loyalties from kings and princes to nation-states, democracies, “the people,” and the like.

I know this sounds like an outrageous thought. “Democracy” is almost like a secular god—you aren’t supposed to blaspheme against it. But, in fact, it’s degenerated into something akin to a scam to justify the ruling class and the elite. Sometimes, it’s no better than a mob rule.